Books are some of our most cherished belongings. They delight us, educate us and shape us. They are signs of rationality and freedom. No wonder, then, that we regard the destruction of books as repulsive. Book burning is often a signal of political upheaval.

Ecological upheaval is less conspicuous. But if we lift our eyes, we can make out the glow of a most desperate and disturbing fire. What is ablaze is the library of life – the immense collection of plants, animals, fungi and microbes on earth. This library teems with species. Tested by the eons, these species have diversified into forms unimaginable. They’ve proliferated to every habitat on the planet: forests, grasslands, waterways, oceans and backyards.

The holdings of this library are not just curiosities of nature. They are the sustenance of humanity. Without species, the economy would be crippled, the world desolated, our imaginations stifled and our prospects diminished. Without species, humanity would be less human. The collection is too massive to grasp in its entirety. Pluck just one slim volume from the shelves: Rheobatrachus. It’s an austere title for an unlikely creature, the gastric-brooding frog.

Discovered a few decades ago, this animal was a reproductive marvel. The frog had the unique habit of incubating its young in the stomach of the mother. But the stomachs of frogs, like all vertebrates, release digestive enzymes and acid. How did it manage such a physiological feat? Early studies revealed the frog may have produced a substance, or substances, that inhibited this digestive release. This diminutive creature may have held the secret for treating stomach ulcers – a condition that afflicts one in 10 Canadians during their lifetime.

It’s a secret we’ll likely never know. The gastric-brooding frog, once common across its range, went extinct in the 1980s. Disease may have been the culprit, although the exact cause is uncertain. Cut short by extinction, it is a story unrealized. And it is one tragedy among many. Biologists estimate that the current tempo of species loss is 100 to 1,000 times the normal rate. Many species – perhaps half – are being obliterated before scientists can catalogue them.

Unintentionally, unwittingly, humanity has put a match to a grand and irreplaceable repository. It is a fire that threatens to engulf us. Yet the alarms seem distant; the warnings are largely unheard. Perhaps we can call on technology to fix this biological predicament. We could pull a few victims from the flames; place wild animals into zoos; transfer plants to seed banks or botanical gardens. While such measures may be crucial, we know that captive breeding does not guarantee survival. The demise of the last male northern white rhino last month is a grim reminder.

Some imagine the resurrection of species. We might reconstitute extinct plants and animals from remnant DNA. But the task could overwhelm us; it could run into the millions of species. And in a world of shrinking habitats, there is the practicality of housing the resurrected organisms. Where to put them all? The challenge is clear: To save species, we must save the library itself.

Ours is a long and remarkable story. As humans came to dominate the earth, we appointed ourselves – by intent or by accident – as its curator. Now, the fate of myriad species must be settled. To succeed in this task, we need to focus on one species in particular: people.

Conservation is too important to be the exclusive preserve of conservation biologists. It must attract policy makers, practitioners and the public. It must advance scientific understanding and Indigenous knowledge. It must foster incentives for citizens.

A library, whether alive or inanimate, is more than a repository of objects. For each generation, it is a proclamation of knowledge and reason. In the end, it is a declaration of values. One day each year, we move Earth to the fore of our thinking. Some day, I dream, we might understand wealth in its broadest sense. Some day, we might summon the wisdom to conserve. Some day and forever, we might put Earth first. 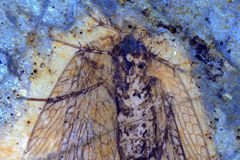 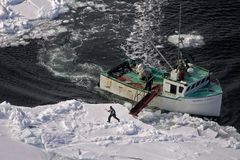 B.C. zoo quarantines rabbits to protect them from deadly disease
April 2, 2018
Follow us on Twitter @globedebate Opens in a new window
Report an error
Due to technical reasons, we have temporarily removed commenting from our articles. We hope to have this fixed soon. Thank you for your patience. If you are looking to give feedback on our new site, please send it along to feedback@globeandmail.com. If you want to write a letter to the editor, please forward to letters@globeandmail.com.
Comments are closed