It’s hard to imagine a circumstance in which a physician would prescribe a drug that has no discernible benefit, sometimes results in severe side effects such as brain bleeds, and costs US$56,000 a year.

Yet, aducanumab – which goes by the brand name Aduhelm – is being described as a game-changer and a ray of hope, among many other superlatives.

That patients with Alzheimer’s disease and their family members are clamouring for a drug that has few, if any, proven benefits – and some clear risks – is a striking demonstration of just how desperate they have become.

Dementia, including Alzheimer’s and a host of other brain-robbing conditions, is one of the most dreaded diagnoses a person can receive. But there is no cure, nor are there even any especially effective treatments. (There are currently four approved drugs in Canada but none of them makes a big difference in outcomes, and not all are funded in every province.)

Over the years, hundreds of potential treatments have been studied; most of them have flopped. Every now and then, however, there is a little glimmer of hype – if not hope. Aduhelm – the first new clinical treatment approved in 18 years – seems to fall into the former category.

The U.S. Food and Drug Administration (FDA) approved the much-anticipated drug on June 7, saying it had fast-tracked approval because it could potentially benefit all six million Alzheimer’s patients in the United States.

But doubts surfaced immediately. Aduhelm had only been tested on people in the early stages of disease suffering mild cognitive impairment, not moderate or severe loss of memory and function. The FDA soon backtracked on its full approval, saying the drug should only be prescribed for those with mild disease.

Then journalists and scientists started looking more closely at Aduhelm’s effectiveness – or lack thereof. Two clinical trials had been conducted. The first found a very modest benefit. On an 18-point scale known as the clinical dementia rating (CDR), which rates memory, problem-solving skills and function, there was an average half-point improvement. In a second clinical trial, there was no measurable benefit. Further, 40 per cent of trial participants suffered side effects, up to and including brain swelling and brain bleeds.

There are also reports of unsavoury coziness between the FDA and the drug maker, Biogen, as well as alarm over the potential consequences for Medicare, which funds drug treatments for many seniors in the U.S.

One analysis estimated that widespread prescription of Aduhelm could cost Medicare up to US$29-billion annually. Business analysts figure that even if the drug is used only by patients with mild Alzheimer’s symptoms, it could add US$7.5-billion to Biogen’s bottom line by 2025.

Needless to say, the US$56,000-a-year price tag of the drug has also raised eyebrows. But that’s just the tip of the iceberg. Aduhelm is a monoclonal antibody that needs to be infused monthly. That entails the use of infusion clinics, as well as routine diagnostic and safety testing using expensive technology such as positron emission tomography tests, which would add tens of thousands of dollars annually to treatment costs.

The Institute for Clinical and Economic Review (ICER), which promotes the fair pricing of drugs, estimates that based on its paltry effectiveness, Aduhelm should be priced somewhere between US$2,500 and US$8,300 – a fraction of the list price.

Beyond the economic issues, the spotlight on the costly new drug has renewed debate about the root causes of Alzheimer’s.

Aduhelm targets beta amyloid, sticky plaques that accumulate in the brains of people with Alzheimer’s disease. The drug was essentially approved because it reduces those plaques.

But there is still much scientific debate about the amyloid hypothesis – whether the plaques are the cause or a symptom of Alzheimer’s.

There are other targets, such as tau, tangles of protein that form in the brain. Inflammation also likely plays a key role in Alzheimer’s. There is some evidence that infections can trigger forms of dementia. Genetics also play a role.

The most effective tools we have against dementia remain addressing social determinants of health, including education and poverty, and lifestyle choices such as tobacco consumption.

The fear is that if a drug of questionable value like Aduhelm becomes lucrative, it will undermine research into these other areas. Already, other pharma companies such as Eli Lilly and Co. are trying to fast-track drugs that target beta amyloid.

Some new hope is desperately required in a field where there is a lot of despair. But the last thing people with Alzheimer’s need is false hope in the form of an overpriced and underperforming drug. 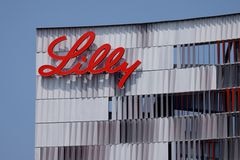