It was an object lesson in the swift eddies of the contemporary news cycle. Immediately after U.S. President Donald Trump’s bizarre news conference alongside Russian President Vladimir Putin in Helsinki, denunciations came fast and furious. Mr. Trump had, among other things, offered his opposite number a chummy wink and dismissed his own intelligence service in favour of Mr. Putin’s “very, very strong” assurance that Russian agents did not interfere in the 2016 U.S. election. (They demonstrably did.)

Former director of the CIA John Brennan tweeted angrily: “Donald Trump’s press conference performance in Helsinki rises to and exceeds the threshold of ‘high crimes & misdemeanours’. It was nothing short of treasonous. Not only were Trump’s comments imbecilic, he is wholly in the pocket of Putin. Republican Patriots: Where are you???”

Republican heavyweight John McCain, the frail conscience of the party, later weighed in with his own indictment. “Today’s press conference in Helsinki was one of the most disgraceful performances by an American president in memory,” he wrote. “The damage inflicted by President Trump’s naïveté, egotism, false equivalence and sympathy for autocrats is difficult to calculate. No prior president has ever abased himself more abjectly before a tyrant.”

Worthies from both American parties, including ranking Republicans Lindsey Graham and Paul Ryan, added their howls of protest: “shameful,” they said, “disgraceful.” Even the Trump loyalists at Fox News were plainly rattled. Fox’s Neil Cavuto offered a novel excuse for the debacle: “I’ll give him the benefit of the doubt to maybe jet lag and time differences, but holy moly.”

Historian Simon Schama, articulating the thoughts of many, called it “Trump’s Neville Chamberlain moment,” referring to the hapless British prime minister who claimed “peace in our time” by appeasing Adolf Hitler. Mr. Schama went on: “America sold out by its President. A violation of his oath of office. If this isn’t impeachable what is?”

Well, that’s the obvious question. But by Tuesday morning the emphasis had shifted. Mr. Trump, supporters argued, in fact he followed his stated policy on influencing Russia through diplomacy. White House spokespeople insisted, bizarrely, that the president had stuck to the talking points agreed to for this extraordinary one-on-one summit. Mr. Trump himself claimed he had misspoken, mixing up “wouldn’t be” and “would be” when it came to whether Russia was responsible for the election meddling. He renewed his commitment to U.S. intelligence. Calls for impeachment were ridiculed as overblown and irrelevant.

Even in the immediate aftermath, such talk had barely risen above a whisper. CNN’s Chris Cuomo, delivering himself of a grim homily about the President’s “perfidy,” refused to endorse notions of treason or impeachment. One writer even suggested that Mr. Brennan’s mention of “high crimes and misdemeanours” was a cynical ploy to get the notion of treason into the news feed.

But not so fast. It is indeed time to impeach Mr. Trump. It might even be the case that the spineless Republican-controlled Congress will summon the courage to discipline this shameless President. If Bill Clinton’s Oval Office dalliances and subsequent cover-up merited the process, this put-America-last display certainly does.

Grounds for impeachment, as set out in the U.S. Constitution, include “treason, bribery, and other high crimes and misdemeanours,” as Mr. Brennan indicated. More specifically, Article 3, Section 3, Clause 1 says that treason “shall consist only in levying war against them, or in adhering to their enemies, giving them aid and comfort. No person shall be convicted of treason unless on the testimony of two witnesses to the same overt act, or on confession in open court.”

Adhering to or giving aid and comfort to an enemy – check. More than two witnesses – check, by a very large factor.

Immediate responses to calls for a Trump impeachment are usually twofold: 1) There is no way Congress will even consider impeachment proceedings against a reckless leader who has nevertheless benefited them materially; 2) Impeachment of Mr. Trump will prove so divisive that it is impractical, especially given the spin the President and his supporters would likely adopt, namely that it is a take-out orchestrated by elite interests.

These arguments no longer hold water. If indeed Congress lacks the moral fortitude to pursue impeachment, they deserve to be judged as harshly as he. And if the country as a whole cannot weather the fallout from some disgruntled Trump hardliners, it scarcely merits status as a liberal democracy. Robust nations are not held hostage by their own extremists.

After Helsinki, Mr. Trump must be impeached, either now or when the November midterms shift the Congressional power-balance. Meanwhile, we are left with the indelible image of that conspiratorial wink. Hint: It wasn’t because of jet lag. 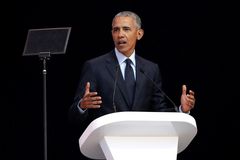 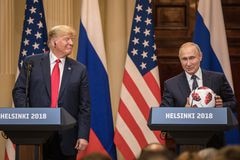