Central to Canada’s story of becoming a multicultural, tolerant and peaceful place – to some degree at least – has been its success in resisting American excesses.

Via the National Policy, it resisted the annexation impulses of Manifest Destiny and secured nationhood. While thriving off the powerful American economic engine next door, Canada reined in excesses of free-market capitalism. While beneficently tucked under the American defence umbrella, it resisted the excesses of Washington’s war appetite, spurning the Vietnam and 2003 Iraq conflicts.

There is now a new challenge from the excesses of the United States, it being the heightened influence of the American hard right and the corrosive impact this subculture has on our national fabric.

Canada had its share of these afflictions to begin with. But there’s been a significant spillover effect in the past few years. Coinciding with the presence of the cult of Trump has come more bigotry, xenophobia and racial violence. As well, more hyper-partisanship and hatred, more distrust in the mainstream media, more adherence to disinformation.

In Canada, hate crimes have shot up, anti-Asian attacks have multiplied. Six mosque worshippers were killed in Quebec City in 2017 by a man who was motivated by the American far right. There was the horrid hate crime Sunday in London, Ont., where a Muslim family was run over and killed. Whether the accused was influenced by racist groups is unknown.

The number of active far-right groups in Canada have gone up by about 30 per cent since Mr. Trump came to office. There are now about 300, according to Barbara Perry, director of the Centre on Hate, Bias and Extremism. Increasing numbers of Canadians now see immigration as a threat. Mr. Trump’s presidency, we recall, had barely begun when he imposed a ban on travel from Muslim countries. Anti-Muslim protests were then common, prior to the outbreak of the pandemic, in Toronto.

A few weeks after the mob insurrection on Capitol Hill in January, police arrested a Trump supporter in Newfoundland. The police said the man had 36 knives and was plotting to execute provincial politicians.

Fringe groups of the right and left have been around for a long time. The change now, says pollster Frank Graves, who authored a study on authoritarian populism in Canada, is that they have been validated, legitimized and popularized by the Trump Republican Party. They are newly empowered, with pervasive social-media platforms at their disposal.

The hard right in Canada, those who align with Trumpism, number roughly 20 per cent of the population, Mr. Graves said in an interview. Our media, he said, underestimate their potential impact. They constitute a “dangerous threat.” Don’t be surprised, he added, if the next Canadian election brings on allegations of fraud with legions from the losing side doing a Trump and refusing to accept the outcome.

Following the horror in Southwestern Ontario on Sunday, Prime Minister Justin Trudeau promised to take more action to dismantle far-right groups like the Proud Boys. That’s overdue but won’t be easy. His plan to regulate speech on the internet is being met with intense opposition as an assault on freedom of expression.

The vile turn that Trump Republicans took in the United States was shamefully greeted with virtual silence by Conservatives in Canada. The failure to speak out made Trump supporters feel more welcome here both in Erin O’Toole’s Conservative Party and in Maxime Bernier’s People’s Party. Not that they felt very ostracized before. In Stephen Harper, the Conservatives had a leader whose favourite network was Fox News and whose 2015 election campaign included a promise of a barbaric cultural practices snitch line, which was viewed as an anti-Muslim dog whistle.

Some polls suggest as many as 40 per cent of Canadian conservatives are supportive of Trumpism. That creates a major obstacle for Mr. O’Toole, who, on issues such as a carbon tax, is trying to broaden the appeal of the party beyond Western provinces. At heart, he is not a right-wing ideologue. But that doesn’t make things much easier for him.

In Canada, the forces on the far right, as opposed to traditional conservatives, are vocal and ruthless and determined like they are south of the border. They’re not going away, there or here. Blunting their destructive impact will be a tall order. 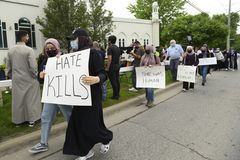 June 9: ‘We must … confront the hate that has seeped through the Canadian fabric of love, acceptance and diversity.’ Readers react to the killing of members of a Muslim family in London, Ont., plus other letters to the editor
June 9, 2021 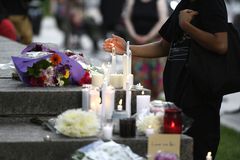 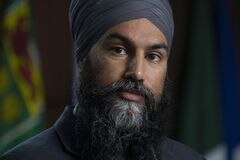