Mr. Rovinescu, who has led the airline since 2009, is grappling with a simple yet thorny question. How do you balance the books when no one wants what you’re selling? Airline executives around the world are facing the same challenge as COVID-19 brings air travel to historic lows. So far, the response has been to ground airplanes and furlough workers – that, and tap into taxpayer funds.

Yes, in a move that will surprise few, C-suite executives now want government to help. For Air Canada, it’s hardly the first time. After the Sept. 11, 2001, attacks, the carrier received $100-million from Ottawa. In 2009, Air Canada pushed for – and secured – a government commitment for financial relief in the form of lower obligatory payments to its underfunded pension plan. What concessions the carrier extracts this time around are anyone’s guess. One thing is certain: With losses topping $1-billion in the latest quarter, the carrier needs help, and fast.

Airlines have already tapped into Ottawa’s emergency wage subsidy, and they could be eligible for a new bridge-financing program for large employers. But make no mistake, more help is coming.

The global aviation industry supports millions of jobs and generates trillions of dollars in economic activity. Moreover, air travel is to our generation what horses and buggies were to previous ones. This makes airline bailouts, while a bitter pill to swallow, necessary. Ottawa agrees. Prime Minister Justin Trudeau recently said he would soon unveil plans to help certain sectors, including aviation. “We need to continue to have a strong airline sector,” the Prime Minister said.

But bailouts absent concessions are unlikely. And rightly so. Doling out taxpayer cash to private enterprise while taxpayers are hurting isn’t just a political disaster, it’s also morally indefensible. If public funds are being used to prop up private enterprise, the public should have a seat at the table. This raises an important question where the airline industry is concerned. What concessions should taxpayers extract from airlines in exchange for our money?

So far, demands have included the usual hot-ticket items – things such as capping executive pay, axing hefty bonuses and eliminating stock buybacks. None of these are necessarily bad ideas. For example, using public funds to buy back company stock, a move that largely benefits corporate executives, defies logic. Eliminating this practice would be a good start. But what Canadians would really benefit from – what Air Canada should promise in exchange for using our cash – is an end to practices that aren’t in the public interest.

Between 2000 and 2006, Air Canada faced allegations saying it worked with – instead of competing against – rival carriers to set prices for shipping cargo. The airline denied wrongdoing, although it did pay out millions in agreements to settle such claims.

Federal regulators have also faulted Air Canada for offering fares that don’t cover its operating costs. The move, which violates competition law, was deemed an abuse of the carrier’s “dominant” market position. The Competition Bureau has also expressed concerns that Air Canada’s proposed acquisition of Transat A.T. Inc. is likely to reduce competition for Canadian consumers.

Service agreements are another area where Air Canada has an issue. These agreements between national governments dictate what markets airlines can serve and how often, and they are painstakingly negotiated and renegotiated depending on market conditions. On paper, air-service agreements benefit consumers by offering more choice. In practice, however, these agreements are often used by incumbent carriers to preserve market share at the expense of consumers. And Air Canada is arguably one of the worst offenders.

Since 2010, the airline waged a public-relations war against its Middle Eastern counterparts. The reason? Air Canada’s rivals – namely Emirates and Etihad Airways – wanted to add more flights to Canadian cities to cope with rising demand. The move would have ultimately benefited consumers, but Air Canada less so. After all, more competition means lower fares, and lower fares mean less revenue. So the carrier pushed to preserve the status quo and ultimately prevailed.

COVID-19 may have grounded airplanes, but it also offers an opportunity to revamp the industry. Airlines want our money? I say, with pleasure. But in exchange, taxpayers should expect to see better corporate governance.

Qatar Airways sees slow recovery in travel from pandemic
May 11, 2020 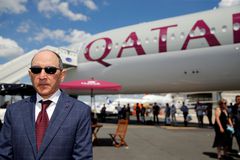 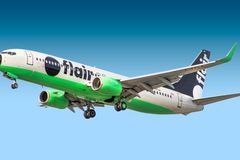 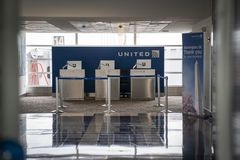