A few months ago, B.C.’s Chief Public Health Officer, Dr. Bonnie Henry, was asked about her view on vaccine passports.

Since the beginning of the COVID-19 crisis, Dr. Henry has been a fierce advocate for the most vulnerable. She has talked about how the pandemic has not only exposed the gross inequities in our society but exacerbated them.

It’s why she was reluctant to support a broad mandatory masking policy in the early days of the crisis – she felt it might discriminate against society’s weakest. How, it was never exactly clear. Eventually, however, the public grew increasingly tired of this stance, and demanded the government introduce greater public-health protections.

Fast-forward a year, late May, 2021, and Dr. Henry is asked at a news conference for her position on vaccine passports. Absolutely not, she said, again worried that it would somehow worsen inequities. “It would not be my advice that we have any sort of vaccine passport ... for services in B.C.,” she told reporters.

Three months later, Dr. Henry was back in front of reporters, talking about the need for, you guessed it, vaccine passports. She said the “science” around COVID-19 – unvaccinated people are at 10 times a higher risk of contracting the disease than those who are inoculated – justified the move. More likely, it was a frustrated and angry citizenry.

A day later, Dr. Henry would announce that because of rising COVID-19 numbers, masks would once again be mandatory in all indoor spaces. This, mere days after she was filmed maskless at a football game taking selfies with dozens of maskless fans.

We draw attention to these decisions not to expose contradictions in Dr. Henry’s policy decisions – although there have been some real head-scratchers – but rather to highlight the degree to which our political and public-health decision-makers have made decisions that should have been taken much, much earlier. And mostly because the public forced them to.

While this has been the case almost from the outset of the pandemic, there is one difference now: the mood of the public has really turned. There is increasingly little tolerance for the mollycoddling on display toward the vaccine-hesitant, the ones prolonging a full recovery from the crisis.

That’s why in the case of B.C. and provinces such as Quebec and Manitoba, governments have made a move on passports. Those of us who are vaccinated, the majority, have had it with the resisters. If the unvaccinated can do everything the rest of us can, where is the incentive to change, to get a shot?

Still, governments and public-health officials aren’t doing enough. There is enormous frustration, for instance, over the fact Dr. Henry, and by extension the B.C. government, remains reluctant to introduce vaccine mandates among a wider array of groups. Why not K-12 teachers? Even the teachers’ union in B.C. has now said it wouldn’t oppose a mandate. Why not university students? The government has said universities can require employees, including professors, to get vaccinated, but not the students who fill their classrooms.

Think about it: the government is requiring people provide proof of vaccination to enter a restaurant, bar or gym, but not a classroom. That’s ridiculous.

The government has instituted a vaccine mandate for long-term care and assisted living workers, but not hospitals generally. This also makes no sense.

We know the stick works. Since the B.C. government announced the vaccine passport system, registrations for inoculations have shot up. The same thing has happened in other jurisdictions where mandates or passports have been introduced.

Increasingly, we are seeing companies, fed up with government reluctance to move on mandates, go it alone. In Alberta, the NHL Calgary Flames and CFL Stampeders have announced fans will have to show proof of vaccination to attend games – in defiance of the Alberta government’s position on the issue. Premier Jason Kenney doesn’t believe in mandates, presumably because they are an infringement on people’s civil rights.

Again, sheer nonsense. But he’s not the only premier to fall into this category. Saskatchewan is a mandate resister and so is Ontario. But they will eventually cave if the fourth wave continues to wreak havoc, and if citizens in those provinces see how the stick has worked elsewhere in levelling the latest virus surge.

There will be many books and academic examinations of governments’ responses to the pandemic. And those investigations will undoubtedly show that in many instances, authorities lagged public opinion badly. Consequently, they allowed the greatest public-health crisis of our lives to drag on far longer than it needed to. 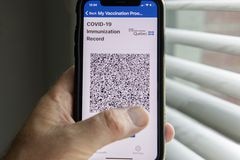 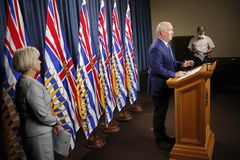 Opinion
To beat the fourth wave, we need to vaccinate 90 per cent of Canadians. That won’t happen without vaccine mandates and passports
August 21, 2021 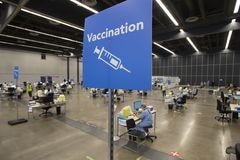