As far as Instagram presences go, John Allen Chau’s profile was fairly unremarkable. After all, he had posted dozens of beautiful photos taken from sunset-washed cliff-sides, mountain vistas and the sloshing interior of a kayak. This is par for the course on the image-based social-media platform, which goads its users to dish up the best, most scenic moments of their lives for a crowd that secretly hates them anyway. Placing Mr. Chau’s photos in the context of a never-ending stream of nature photos, fitness selfies and inspirational quotes, put him right in with the rest of the crowd.

What does make Mr. Chau’s feed remarkable is the hashtag #solideogloria in his Instagram captions. Soli Deo gloria, a Latin phrase meaning “Glory to God Alone,” is a relatively recent addition to the three solas, which are Christian affirmations upon which Protestant theology is built. A brief traipse through the search results for #solideogloria brings up a litany of what one might expect: Bible verses superimposed over nature photos, fitness selfies or pasted solus scripturus against plain backgrounds. Divine writ, as an inspirational poster; a church call in need of no response.

From the perspective of a Christian affirming the faith and seeking to create new disciples wherever they are to be found, this might make sense. Church attendance in North America, particularly the United States, is plummeting. According to Gallup, one-third of Americans between the ages of 21 to 29 do not identify with any religion, and an additional 14 per cent chose “other” as their faith. One could argue that during a time marked by military and class conflicts, an ever-expanding gulf in income inequality and injustice everywhere one looks, there has never been a more urgent time than now to make new believers.

Nor has there been a better environment in which to make them. Today’s technology can place our physical bodies anywhere in the world within a few hours, and our online projections can declare His glory unto all nations in seconds. Never in his wildest dreams could Saint Paul have imagined what someone such as John Allen Chau could do with a little money and much more free time – and the fellow from Tarsus had some pretty trippy dreams.

Mr. Chau, if you aren’t familiar with the name, is the Christian missionary who was killed by a hailfire of arrows after two warnings from the uncontacted people of North Sentinel Island. It was his mission, his friends and family say, to bring God’s glory to the government-protected tribe on this tiny island near India’s Bay of Bengal.

His actions with regard to the Sentinelese are now being widely derided as delusional. But from the perspective of the casual Christian writing this column – one who is wary of the increasing mindmeld between faith, money and brand-building that has found its spiritual avatar in the 21st-century abomination known as the Prosperity Gospel – the emerging culture of digital evangelism present in Mr. Chau’s missionary work should have been the first sign of spiritual insanity.

There was, after all, a time when most of Christendom was highly skeptical of technology, primarily for its ability to enmesh cultures absent of context, isolate people from their broader community and devalue an individual’s humanity to the last message they’d left in a private AOL chat. There used to be a Christendom whose largest looming fear was the impending social collapse and possible side-alley into the apocalypse promised by Y2K. There also used to be a Christendom highly concerned with the extent to which love of money was creating spiritual rot within the Church.

Now? Church is available on-demand through monetized podcasts and YouTube channels. One can make withdrawals from God’s “heavenly accounts” by paying US$19 a month for Bible study through – seriously – Creflo Dollar Ministries. Technology, alienation and the social-media-driven culture of 24-hour entrepreneurship among even our youngest has so utterly subsumed the modern-day church that when someone believes as powerfully as Mr. Chau does, his instinct is to overlook his heathen American peers, who are fleeing the pews in record numbers. Instead, according to the leader of the All Nations missions agency, “every decision he made, every step he took [since the age of 18], was to share the love of God with the North Sentinelese … knowing John, he would have pursued this calling no matter what.”

No matter what. Regardless of the hubris it takes to morally sidestep the illegality of entering a protected island, the insurmountable language barriers or the fact that a stray pathogen from Mr. Chau’s immunized body could quite literally wipe out the remaining population of a peoples already decimated by contact with Westerners, Mr. Chau was going to preach the word of Jesus to the Sentinelese. No matter what.

And in an evangelical culture whose moral centre is less a cornerstone than a weather vane that blows in whichever political and consumerist directions will allow for the easiest consolidation of power, who would try to stop him? Who would stop the dreams of this bright and purpose-filled 26 year old, who spent nearly a decade preparing to bring the Sentinelese into the loving embrace of a God who would be indistinguishable to them from mammon?

Well, that would be the Sentinelese themselves.

The brutality of their rejection aside, there is still a theological lesson to be taken away from the Sentinelese: Christ Himself, after all, preached of the woes that betide those who exalt themselves.

But there’s also a social lesson to be found here. In rejecting Mr. Chau’s offer to join our dysfunctional culture, as extended by a dominant religion that has too often flirted with the very corruptions we once preached against, the North Sentinelese might just be the last sane people alive. 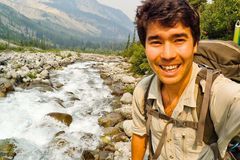 Cut off from the world, India’s North Sentinal Island remains a mystery
November 22, 2018 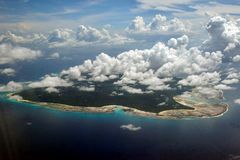