Emotions about China are raw in Canada, with no sign that the diplomatic crisis stemming from the arrest of Huawei executive Meng Wanzhou and detention in China of Canadians Michael Kovrig and Michael Spavor will end anytime soon.

Ottawa is wrestling with how to respond to a more assertive and repressive China as it reformulates the engagement policy that has been Canada’s approach for 50 years. It is doing so in an environment when the public discussion is becoming toxic.

Two facts stand out: Anti-China sentiment is rising across the country, and so is anti-Asian hate. How are the two connected?

There is plenty of room for disagreement about the right blend of co-operation and competition with Beijing and how to balance a range of priorities across the spectrum of trade, investment, geopolitical and human rights issues.

The information landscape about China has shifted substantially as U.S.-China tensions have intensified and the issue of the two Michaels has festered. Voices critical of China are calling for a harder stance against Beijing, and Canadian media coverage on China is almost uniformly negative.

Those who oppose this harder line are often seen as not just naïve and wrong in their support for engagement, but also as lacking integrity because of ties to China that generate financial or other rewards.

In its extreme form, academics, community leaders, businesspeople and politicians with so-called “pro-Beijing” views are insinuated to be disloyal to Canada and agents of the Chinese Communist Party – an eerie throwback to the 1950s McCarthy era in the U.S.

Indeed, this “elite capture” thesis populates recent books, articles and social media accounts. It has also surfaced in Parliament, including in the questioning of witnesses in the House of Commons’ Special Committee on Canada-China Relations.

University connections to China are under increasing scrutiny. Safeguarding research integrity and maintaining our principles of academic freedom are essential if we aim to keep the doors open to large-scale student recruitment from China, as well as to research partnerships and other forms of collaboration.

But the recent order by the Alberta government to freeze new and renewed university partnerships with institutions tied to the Chinese government is a case study in precipitous action that will have unintended consequences.

Since the early 1980s, Canadian universities have been building bridges with China. Many of these bridges have been built by Canadians of Chinese descent. The chill and fear they are now feeling is palpable. The fear is magnified when the definition of an inappropriate partner includes all those with links to the Chinese state.

American academics are already aware of the toxic atmosphere generated by highly publicized FBI and Department of Justice prosecutions of university researchers and professors charged with violations of espionage and, in the case of MIT professor Gang Chen, failure to disclose connections with Chinese institutions.

Exaggerated portrayals in the media of the reach and influence of Chinese organizations such as the United Front, Confucius Institute and the Thousand Talents programs have contributed to racial profiling and stigmatization of people of Chinese descent, which has in turn provoked angry reactions from scores of U.S. universities and Asian-American organizations. Pressure from Washington, as well as a desire by our own leaders to demonstrate “toughness” on China, could take Canada down the same rocky road.

It is not racist to be critical of China or to take issue with advocates of continued engagement with China. But criticism crosses a threshold when it sensationalizes Chinese actions and stigmatizes individuals or groups with connections to China.

It crosses the threshold when it demands loyalty statements, especially from people of Chinese descent, or imposes litmus tests based on the groups they associate with, the electronic devices they use and the social media apps on their devices.

It crosses the threshold when it assigns broad responsibility for the problems of housing unaffordability, money laundering and fentanyl deaths – in British Columbia, for example – to Canadians of Chinese descent.

Framing China as the enemy and insinuating elite capture makes it impossible for Canada to manage a complex set of relationships with Beijing. It also undermines Canadian values and threatens our commitment to maintain an inclusive, multicultural society.

Simply saying that we are not racist – that we separate the Chinese people from the Chinese state and the Communist Party – is not enough. We need a higher degree of tolerance for differing views on how we navigate a new relationship with Beijing and protect Canada’s interests in the world. 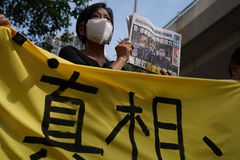 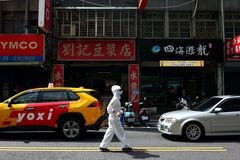 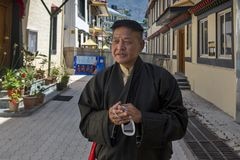