Mira Sucharov is a columnist at Haaretz and The Forward and an associate professor of political science at Carleton University.

The nightmare so many Jews live with when we attend synagogue – will they come for us? – came horrifyingly true this past weekend in Pittsburgh. At the Tree of Life synagogue in Squirrel Hill, a gunman entered the sanctuary and murdered 11 people – among them a 97-year-old woman.

The alleged killer, 46-year-old Robert Bowers, had publicized his motives – a deadly cocktail of anti-Semitism and xenophobia – on social media. “There is no #MAGA as long as there is a kike infestation," he posted on Gab, a site attracting many from the far-right, where he was referring to President Donald Trump’s “Make America Great Again” slogan. Other posts by Mr. Bowers targeted HIAS, formerly known as the Hebrew Immigrant Aid Society, a group that supports refugee resettlement. HIAS had recently hosted a “refugee shabbat” event at synagogues across the United States to mark the work of supporting refugees. “Well hello there HIAS!” Mr. Bowers wrote. “You like to bring in hostile invaders to dwell among us? We appreciate the list of friends you have provided.” (At least one congregation in the Tree of Life synagogue had participated in the refugee-support event.)

Many of the anti-Semitic canards that define this ancient hatred involve power: that Jews hold sinister, mysterious and outsized influence. Mr. Bowers’s strain of anti-Semitism, though, also played on instances of Jewish generosity. Mr. Bowers seemed to believe that Jews contaminate the white race not only by their own presence but also through their impulse to help others in need of sanctuary.

Across Canada, through private sponsorship options facilitated by the federal government, many synagogues have been on the front lines of refugee-resettlement efforts. In the United States, where those private options are not available, a coalition of Jewish groups pressed Congress to admit Syrian refugees. As Reform Judaism leader Rabbi Jonah Pesner told me at the height of the Syrian refugee crisis, “To sit at our [Passover] seder tables every year and [tell] the story [starting with], ‘My father was a wandering Aramean,’ and to live through 5,000 years as a community of refugees, not to model for the world what it means to welcome the stranger would be an abdication of our legacy.”

Despite many Jews having attained positions of comfort and prominence – what McGill sociologist Morton Weinfeld, writing about Jews in Canada, calls their “paradoxical success” – deadly bursts of anti-Semitism remind Jews in North America that we might never feel at home.

When I was young, I believed that anti-Semitism had all but ebbed in North America. At that time, I had heard the word “kike,” but I thought that this horrible epithet that Mr. Bowers would later use to describe my people was a relic from the past. Anti-Semitism, I believed, was on its way to being extinguished. But clearly, I was blissfully ignorant about how others around me were growing up, since Mr. Bowers is exactly my age.

There are nearly six million Jews in the United States and nearly 400,000 in Canada. But still, as updated news reports came in, many Jews across the continent rushed to check the names of the victims, seeing if we knew anyone or if their relatives or friends might be connected to us or our parents or our kids or our camps or synagogues or Jewish community centres or rabbis or schools or youth movements. We sent and received notes of condolence and fear and sadness and anger. Two of the past rabbis at Tree of Life had spent many summers as educators at a Jewish summer camp in Ontario. The person I know in Pittsburgh through Jewish community links was unharmed, thankfully. But she knew eight of the 11 victims personally. That is the nature of 21st-century Jewish life in North America: concern, collectivity and connection. And now, we reach out to one another and are grateful for the healing embrace of community, and the allyship of others, because we are human, and we are hurting. 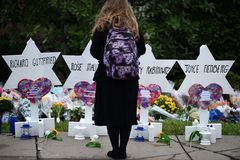 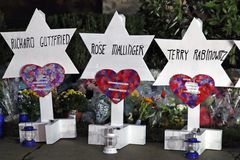 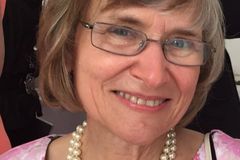