Bessma Momani is a professor at the University of Waterloo and a senior fellow at the Centre for International Governance Innovation. She is the author of Arab Dawn: Arab Youth and the Demographic Dividend They Will Bring

For months now, Algerians and Sudanese protesters have been taking to public squares calling for the resignation of their long-time presidents. Using the same slogans as the Arab Spring that started nearly nine years ago in Tunisia, the scenes are all too familiar – as are the people’s grievances, which continue to transcend Arab borders. The Algerian and Sudanese people, however, have the benefit of having seen the uprisings in Egypt and Libya play out. They’ve learned not to trust mere symbolic change, and are calling for nothing less than genuine reforms.

The Arab Spring is simply not over because the same governance failures plaguing the Middle East and North Africa are getting worse, not better. Arab governments have been banking for years that the horror of Syria’s failed revolution and its repressive regime’s crackdown on protesters would dissuade Arab citizens from returning to public squares. Indeed, the unspeakable violence in Syria provided Arab governments with a false sense of reprieve from popular protests, while allowing them to become even more repressive and corrupt than they were 10 years ago.

A decade later, the Middle East and North Africa still remain predominantly young societies governed by an ailing and out-of-touch elite. Their faces may differ, and their Arab dialects certainly do, but Algerian and Sudanese youth are united in their frustration with the lack of economic opportunity and advancement, rising costs of living, increased taxation, government corruption, cronyism, nepotism, inadequate public services, securitization of their daily lives and their leaders’ failure to see past their own power-hungry ambitions to govern in a manner that is good for their countries.

Algerians and Sudanese have taken to public squares to chant the same words: “freedom” and “down with the regime.” They beat the same type of drum, to the rhythm of shared music. They’ve uploaded social-media videos using the same appeals to their fellow citizens to wake up to the mismanagement and failures of their governments. Using humour and wit, they mock their leaders, and hold signs and placards that speak to both their frustration and their desire for hope and change.

After months of protests, Algeria’s ailing president Abdelaziz Bouteflika has been replaced by a 77-year-old interim president who is firmly entrenched in the old guard. In Sudan, an alternative to President – and alleged war criminal – Omar al-Bashir is reportedly being negotiated with the security services, external patrons and military.

Meanwhile, both the Algerian and Sudanese armies are currying favour with protesters and, ironically, painting themselves as the guardians of the people, protecting them against their presidents. In a near déjà vu, both countries’ armies are using the Egyptian playbook: The army comes in as a so-called saviour of the people, gives people the semblance of change with new faces as interim leaders, encourages the protesters to go home and then gets the state back to business as usual.

Egypt is arguably more repressive and less politically liberal under current President Abdel Fattah al-Sisi than it was under Hosni Mubarak; Libya is more chaotic and dysfunctional under its various warlords than it was under the erratic and arguably mentally deranged dictator Moammar Gadhafi.

While Algerians and Sudanese protesters may have the hindsight of Egypt’s and Libya’s failed revolutions, they sadly face an international community that will give little support or apply little pressure to see through genuine, civil-society driven regime change. In the era of illiberal democracies, populism and entrenched nationalism – from the halls of the White House to countless European parliaments – the global appetite to hold either the Algerian or Sudanese deep state accountable is long gone. Algerian and Sudanese protesters know they are on their own.

So while Algerian and Sudanese youth may finally give Arab governments the wake-up call they need and remind them that liberal political reforms and inclusive economic policies are the keys to their long-term national health and survival, the international community also needs to wake up – and see how their inaction can cause more harm than good. It is unknown how this Arab Spring 2.0 will turn out, but make no mistake: Arab citizens are not done protesting for change.

Opinion
Five years after the Arab Spring, a world of economic discontent
December 18, 2015 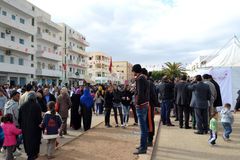 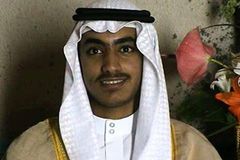 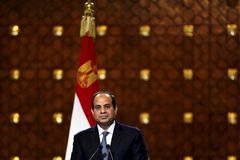