Erika Dyck is a professor and a Canada Research Chair in the history of health and social justice at the University of Saskatchewan. She is the author of Psychedelic Psychiatry: LSD from Clinic to Campus.

In August, 2020, Health Canada granted a special exemption to allow four terminally ill patients to take psilocybin. Psilocybin is not legally sold in Canada. In illegal markets it circulates as magic mushrooms, but researchers suggest that psychedelic drugs such as psilocybin have therapeutic potential for easing anxieties, particularly those associated with dying.

Saskatoon resident, 52-year-old Thomas Hartle, who has stage four terminal colon cancer, took psilocybin, under the direction of psychologist Bruce Tobin, with permission from Health Canada. Psychedelic researchers suggest that these drugs help to reduce anxiety, among other benefits that are currently being studied in clinical trials. News reports suggested that Mr. Hartle had a somewhat frightening experience – maybe even a “bad trip.” But, Mr. Hartle’s own view was that it had a remarkable effect on his anxieties about dying. He is grateful for relief he gained from the experience, and now looks forward to his remaining time with his family.

Mr. Hartle’s story is in many ways remarkable, but it aligns with a longer history of psychedelics in Canada.

Psilocybin became famous in the 1950s when husband and wife team Valentina Pavlovna and Gordon Wasson participated in an Indigenous mushroom ceremony in 1955, and later published their findings in Life magazine. Some Indigenous groups have a long history of using plant medicines, some of which were later described as psychedelic.

The word psychedelic was coined in 1957 by psychiatrist Humphry Osmond, a British-trained researcher who conducted internationally significant experiments with drugs including LSD and mescaline (from the peyote cactus) in Saskatchewan in the 1950s, including working with the Native American Church. Famously, Mr. Osmond introduced mescaline to writer Aldous Huxley. Mr. Huxley later gave mescaline to his wife, Maria, as she suffered from late stages of breast cancer. His second wife, Laura, gave Mr. Huxley LSD as he succumbed to his own cancer diagnosis in 1963. Even before the concept of palliative care had been introduced, these early pioneers of psychedelic research recognized the potential for easing the anxieties associated with dying by helping to provide an emotional, psychological, and at times spiritual experience.

Psychedelic research ended in the 1960s due to a combination of scientific, political and cultural backlash, including concerns about psychedelics causing negative effects – flashbacks, bad trips and violent outbursts. Health Canada, like the U.S. Food and Drug Administration, placed restrictions on scientific experimentation and over time psychedelics became better known as recreational drugs, characteristically associated with countercultural hippies. The recreational use and abuse contributed to the popular assumption that psychedelics had no medicinal value. Medical research historically, and today, maintains that these drugs have been unfairly blamed for causing psychological and physical damage. Clinical trials reveal that psychedelics are not addictive, and do not produce harms in adults, though most researchers recommend that psychedelics should be taken in a therapeutic setting only, with qualified supervision. In the case of Thomas Hartle, he was monitored at all times by a qualified therapist familiar with psychedelic treatments.

The recent allowance from Health Canada signals a change in that view. It brings Canada into a growing international conversation about the revitalization of psychedelics, both in research and as a viable mental health treatment option. New psychedelic research units, including two currently in Canada and dozens now in the United States and Europe, are beginning to challenge the prohibition on psychedelics and resurrect some of the historical arguments about the benefits of psychedelics for mental health.

On the surface, the psychedelic renaissance may indicate a collective frustration with the current state of mental health treatments. Daily use pharmaceuticals are expensive, whether for individuals or health care systems. Rates of mental illness have gone up, not down since the dramatic introduction of psychopharmaceuticals in the 1950s. Opiate-based pain relief has created a new set of problems with addiction, overdose, and off-label use.

Psychedelics, whether in the 1950s or now, are often directed as a single-use therapy. They offer a consciousness-raising or pain-confronting approach, not an experience that is necessarily to be repeated, and not an approach meant to dampen or numb pain but to address it through confrontation. In some ways, this approach is an entirely different way of thinking about mental anguish.

Palliative care has also emerged as a hot spot in our health care system. Another Canadian innovation, palliative care units were the idea of Montreal urologist Balfour Mount, who coined the word itself. The development of palliative care and dedicated hospital spaces for dying have helped generate a conversation around dying with dignity, something that can be extended to include the use of psychedelics for terminally ill patients.

We live in a country that pioneered psychedelics as well as palliative care, and one that prioritizes universal health care. Given this legacy, it is fitting that we should explore investments in health care options that combine elements of reconciliation, universality, and dignity. 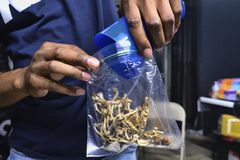 As cannabis stocks cool, will psychedelic drugs be the next market frenzy?
Subscriber content
March 3, 2020 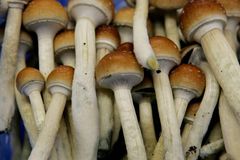 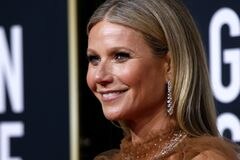