The Globe’s editorial, Why has building new infrastructure become so difficult? inspired an immediate reaction about how we plan, value and build the infrastructure we need. The editorial is right. We are thinking too short term, and lack the vision to achieve excellence.

As a society, we’ve lost the vision for excellence in our built environment. Political leaders have given up on an aspirational goal in favour of risk mitigation. Projects are designed to inhibit innovation, and are so risk-averse that it’s a wonder the project happens at all. No one wants to run the risk that a project might garner attention, be groundbreaking or show leadership in case anything goes wrong; in our politically polarized debates, it’s easy to throw design under the bus.

This speaks to issues I see on a regular basis. Bundling projects together reduces fair competition in the market. When a project call is for the design of a $20-million school, for example, a local firm can compete and win the job. But when that project bundles together a whole series of schools across a broad geography, one small firm cannot deliver that cost effectively, and often can’t staff a job to bring several schools to completion at the same time. This results in schools that all kind of look the same, and are being delivered by one large company, instead of several smaller firms. This means fewer jobs for small- to medium-sized businesses (which in architectural practice are considerably smaller than in other sectors).

Governments believe public-private partnerships (PPP or P3), will help to mitigate risk, but as reported in The Globe, this model results in mediocre buildings. PPP projects also cost more in the long run, take longer to complete and are not devoid of risk. There’s ample evidence that PPP projects result in lower value; many still end in bankruptcies and lawsuits.

The Parliamentary Budget Officer reported earlier this year that the federal government has only found projects for half of the $14.4-billion they’ve earmarked. Setting aside long-term projects that need sustained funding, and money earmarked but not spent, there is still a large pool of money. Why is that?

Infrastructure is seen largely as roads and bridges, with sewer and water-treatment projects thrown in. While these are fine, there are some issues. Roads offer a diminishing return on investment. Driving costs society $9.20 for every dollar the private sector spends. But a road lets us spend a lot of money quickly and temporarily appeases voters who want a faster commute.

We need a cultural shift in our thinking. We need to recognize that architecture is infrastructure.

We know that society is in need of critical infrastructure such as affordable housing, and housing affordability (they are two different things), as well as schools, community hubs and libraries. This is the framework of our society. When we think about the cities we love, they are filled with these sorts of buildings.

Take a $1-billion chunk of that infrastructure investment. Divide it between 30 to 40 small projects of $20-million to $40-million. That’s the construction value of a modest, 80-100 unit apartment building. Three hundred and fifty small projects can be fairly procured, across the country, quickly and efficiently bringing in thousands of construction jobs and housing to tens of thousands of people. And we have to make this investment sustainable: net zero carbon and net zero energy are key to our future.

The heritage legacy we have from mid-century is all around us. We have a $15-billion backlog of repairs for Ontario’s schools alone. There are tens of thousands of apartment buildings across the country from the 1960s and 1970s that need sustainable reinvestment in everything from new windows and roofs, to accessibility upgrades to serve an aging population. University buildings, social housing, hospitals and libraries from the midcentury form some of our most cherished cultural heritage. Yet much of this is crumbling around us. These are prime projects for deep energy retrofits and adaptive reuse that keeps our social and cultural infrastructure intact.

We need to see architecture as integral to the economic and social health of the country. We can do this, in part, by adopting a National Architecture Policy for Canada. We need to address challenges in procurement and increase the quality, and value for all Canadians.

Bring architects to the table to show how we can help create a built environment that performs at the highest levels, and elevates the human spirit.

Opinion
Is hosting the World Cup worth the effort?
June 25, 2018 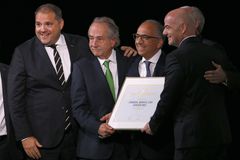 Globe editorial: How to build great public works in a 21st-century city
June 24, 2018 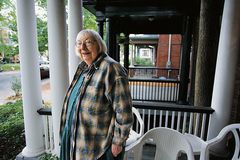 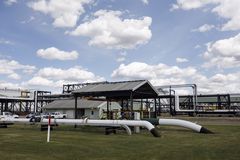