Timothy Dewhirst is a professor in the department of marketing and consumer studies, and a senior research fellow in marketing and public policy at the Gordon S. Lang School of Business and Economics at the University of Guelph.

George Floyd’s death in police custody prompted renewed attention on the systemic racism that permeates our society, and businesses with racialized brands have taken notice, from Aunt Jemima pancake mix to Uncle Ben’s rice. More recently, these rebranding efforts have landed in the sphere of professional sports. In Major League Baseball, the Cleveland organization is mulling a name change, while Washington’s NFL team has announced plans to change theirs.

Despite all this, the Canadian Football League’s Edmonton Eskimos initially responded by doubling down, announcing last month that the organization has no intention to change their name. In justification, the team referred to a commissioned study and community engagement from the past year – even though, curiously, the team said no consensus had emerged about the name. The study and further details about their community engagement have not been made public for more careful consideration.

The team has backtracked of late, though. In early July, it announced it would again review the name, with a further update expected by the end of this month. Major team sponsors had gone public to indicate their discomfort concerning a continued association with the name, which likely sparked the reconsideration. While it’s not clear if there is consensus among all team sponsors on the issue, the team’s abrupt about-face suggests such stakeholders are the voices being listened to most attentively.

One thing is clear enough, though: The Edmonton Eskimos, from a brand perspective, are as good as gone.

Here’s what Edmonton’s team name does do well: effectively use the literary and rhetorical device of alliteration. With both parts of its name starting with E – highlighted by the team’s helmet decal and logo – alliteration lets the team’s name roll off the tongue, making it more distinctive and memorable.

But keeping the name doesn’t require undoing the alliteration or the team’s established iconography. The franchise could consider names such as the Elks, an homage to a local team that predated the CFL; the Energy, an appropriate reference to the strength required on the gridiron and to the city’s connection to the oil and gas sector; the Express, evoking athletes’ speed and nodding to the cross-Canada train that passes through Edmonton rather than Calgary, home to their bitter rivals the Stampeders; or the Extreme, riffing on the fact that Edmonton is the league’s most northerly team, with a note of pride about the team’s ability to endure the inhospitable temperatures that come with that.

Undoubtedly, the team is now accounting for their brand equity, which is commonly regarded as the assets and liabilities contributing to the brand’s value. A key asset is the team’s success and recognition, but changing to one of these options that start with E would hardly damage that. The fundamental liability is that the team’s name is – at minimum – an outdated and out-of-touch expression. For some, the moniker is disparaging and a racial slur.

Another prominent brand has also acted to drop this particular word. After nearly a century of branding its chocolate-covered ice cream bar as “Eskimo Pie,” Dreyer’s Grand Ice Cream announced last month that it would rename the product. “We are committed to being a part of the solution on racial equality,” said Elizabeth Marquez, the company’s head of marketing, “and recognize the term is derogatory.”

Change has come slowly, but it has come. The owner of Washington’s National Football League team had said as recently as 2013 that he would “never” change its name, but major sponsors threatening to withdraw their investments ultimately tipped the scales. So expect a name change for Edmonton’s CFL team – whether it’ll be the Elks, Energy, Express, Extreme or something else. 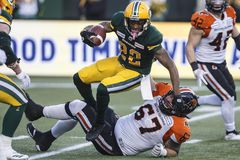 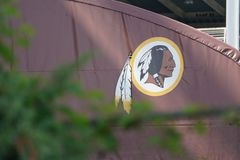 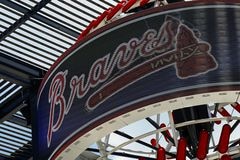