I ought to be happy for, or at least about, the presidential campaign of Pete Buttigieg. As Super Tuesday approaches, the former mayor of South Bend, Ind., appears to be in the enviable position of kingmaker for the Democratic nomination. And he’s gay, like me.

But he’s not like me at all, or any queer people I know.

The rise of Mayor Pete is a moment of triumph for the men that queer theorists call assimilationists, which gives the whole business a jazzy, Cold War feel. The rest of us call them “good gays,” i.e. gay men acceptable to straight people.

Why am I being so mean? Because Mr. Buttigieg’s transformation from obscure political figure (who happens to be gay) to (possible) first gay president is entirely driven by his holier-than religious attitude. To be fair, without constantly signalling his faith, Mr. Buttigieg would not have gotten this far. That’s how it works in the United States: guns, apple pie, Jesus. Mayor Pete knows this and knows he has to double down to be considered as viable as other candidates.

Sure, Mr. Buttigieg’s résumé is very traditional: military service, Ivy League education, corporate experience, happily married. He’s fit, dresses like a bank manager, is never flamboyant and rarely gets mad or raises his voice (that’s not done in good gay circles, lest one look like a hysterical queen). He even has Kennedy hair.

But good gays are notoriously disloyal to the communities that help put them in power, namely other queers.

Good gays want to live well and forget how they got to their safe places. I am not entirely without sympathy for them, carrying no small amount of PTSD from decades of hate myself. But queers want better. We want all of us to be lifted up, not just those of us who successfully mirror heterosexual society and culture. We don’t want to live in a world where you have to pass for straight in order to succeed.

Political history is lousy with gay men who chose power and money over community. Mr. Buttigieg is no different, he’s just the first American to assimilate his way so close to the top. I have never heard him talk about the joys of being gay, or the value of being an outsider and how it informs one’s perspective, or even about love. When asked about his sexuality, which is inherently sinful according to the religion Mr. Buttigieg proclaims, he talks instead about God and faith. How is that honest, or any different from a televangelist who lives in decadence while preaching humility and salvation​? It’s an evasion, a side-step.

Furthermore, how can American LGBTQ voters trust a gay candidate so attached to an ideology that has brought nothing but pain and death to queer people for 2,000 years? Mr. Buttigieg offers no context for his beliefs nor apologies for the wreckage trailing right behind him. He seems weirdly unaware of the fact that he lives under a modifier, that he will always be read as gay first, politician second.

And that’s the crux of the good-gay problem – they live in denial. Good gays think that if they act straight, they can have straight power. But the true path to power is honesty.

When confronted with this conundrum – the strangeness of being both an insider and yet, deep down, always an outsider – good gays rush back to traditional, heteronormative structures of authority. Because people who live in denial will do anything to preserve their illusions.

A telling photo of Mr. Buttigieg is making the rounds. Confronted at a town hall by queer activists, he hovers over the crowd making a smug, disappointed dad face. He’ll never understand his own people. How can he understand an entire country? 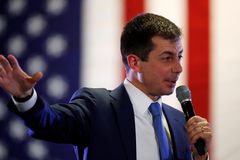 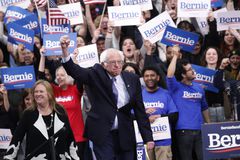 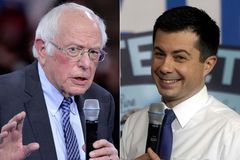