Corey Mintz is the author of How to Host a Dinner Party.

The message that food is over came in the form of a news release.

The e-mail was five paragraphs long. It was nicely written, by a nice publicist, promoting a restaurant that was no doubt very nice. It contained the names of the sommelier and restaurant designer, along with detailed descriptions of the interior’s “original brick and beam,” “copper, Italian wool and red oxidized steel accents,” “blonde wood and terrazzo,” “exposed brick,” “corrugated carrera marble bar” and “wall-to-wall glass.” The food showcased in this temple of design was summed up in three words. “Traditional Italian fare.”

That was it. A wedding speech about the design with a footnote about the food. And I knew I didn’t need to read another restaurant news release again. That this one was either a harbinger of the direction our dining culture is headed, or the singing canary announcing that the coal mine has undergone an extensive renovation under its new owners and is now taking reservations, but good luck getting a table once social media gets a load of how well-conceived the lighting in the bathrooms is for selfies.

Ten years ago, an editor asked me what a decade of food television had done to our culture. At the time, it felt like positive change was afoot. Chefs were the new rock stars (an immediately regrettable phrase that only further enabled labour abuses in restaurants) and consumers were starting to care about where their food came from (they don’t, as evidenced by the ease with which people eat slave-caught shrimp).

At the Arrell Food Summit at the University of Guelph, I recently had the chance to speak with Nico Roozen, the Dutch economist who helped establish fair-trade coffee in 1988. Mr. Roozen told me that ethical consumption accounts for no more than 3 per cent to 5 per cent of any market. That’s a long way from zero per cent, he said, which is where they started 30 years ago. But given the level of obsession our society now has for food, it’s a tiny wedge.

In the past 10 years, we have gone from mocking that handful of people who insisted on taking pictures of their food, to an all-in social-media foodscape. I can tell you what half the people in my address book ate for dinner last night.

But after 10 years of food being fetishized, dining seems to have distilled into two major categories. Like the news release I got, simple and recognizable food made well is served in luxuriously designed, million-dollar renovated spaces (currently in shades of pastel with neon and copper accents) to facilitate conspicuous consumption by those who can afford it.

And at the other end is a circus, a never-ending one-upmanship of freak-show food: charcoal ice cream, monster milkshakes, rainbow grilled cheese, cotton-candy burritos. These bizarre concoctions used to be constrained to carnivals.

Where once we were excited to taste foods that were good, now we are driven to try foods that are new or unique, making us suckers for the “two bits a gander” hucksterism of Instagram feeds for restaurants that won’t be around five years from now.

Even the cronut, a creation with legitimate credibility, has descended into a carny swindle.

Recently, I was in New York with friends, with plans to see a movie a few blocks from Dominique Ansel’s bakery. We stopped in and the line of 20 people seemed to be moving quickly. My friends, former New Yorkers downgraded to tourists in their former home, were willing to wait to taste the bakery’s signature cronut, celebrated as not just portmanteau cooking, but actually delicious. When we got to the front, we saw a sign that read, “Cronut sold out today,” That seemed fair. They can’t make an infinite amount. We bought some other pastries. But on our way out I turned to look at the line again, and realized that the “sold out” sign, which had been there all along, was positioned so it wasn’t visible from the entrance, only from reverse, clear to the eye once customers had already waited in line.

Even a maker of a legitimately good food item seemed content to resort to trickery. Looking at the bakery and it’s too-popular product, I questioned why they wouldn’t change the business to focus on their core competency, and just churn out the croissant/doughnut mashups all day, rather than deceive and coerce customers into buying something they didn’t want.

But why? Why bother with a costly renovation when customers are lined up, sheep ready to be sheared?

More and more, the audience reaction to silly food ideas (ramen burgers, mac and cheese sausages, cupcake pie, spaghetti doughnut, pastrami egg roll) is not to question the purpose, quality or efficacy of these mashups, but to chant “shut up and take my money,” a slogan/meme sometimes invoked as a self-aware parody of blind consumerism, but just as often a literal request.

It doesn’t help that the mid-range of dining – the small, hip, full-service places touted over the past decade – is being winnowed down by a battery of attacks on profitability (rising fuel, food, labour and real estate costs, UberEATS) and supplanted by the quick-service restaurants (which are outgrowing and outgrossing full service, according to lobby group Restaurants Canada).

And when it comes to upscale restaurants, why bother to innovate? During the anxious years following the recession, diners were willing to try anything new, particularly if it felt thrifty. While the opulent rooms designed for the business class sat empty, the adventure of blood sausage, salmon collar or cockscombs was at least a diversion from the comfort of ordering bottles of wine marked up 200 per cent. But with the economy rebounding, with rich people rich again, they want what they’ve enjoyed for the past few decades – uncomplicated Italian and French food served in spaces that make a wealthy person feel wealthy. Maybe tablecloths really are out. But the general aesthetic of opulence used to justify the premium on basic tastes was only temporarily out of style.

And the obsession with food, the fetishizing, the focus on newness, hipness and exclusivity was only ever a smokescreen for the appetite of ostentatious classism, an engine that needs to feed and be fed, no matter what’s on the menu. 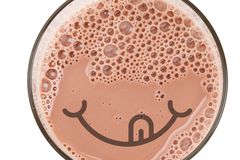 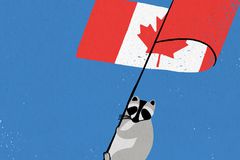