Clyde W. Ford is an author living in Bellingham, Wash. His latest book, Think Black, is a memoir about his father, who was the first black software engineer in the United States.

African-Americans have long looked northward to Canada as a “safe haven”– early on from slavery, later from the bigotry and racism infesting the United States. Many slaves ran away to Canada. From British Columbia to Newfoundland, these self-liberated men and women established communities, and some even grew into Canadian cities. Lynchings were almost unheard of on Canadian soil.

As an African-American now living in the Northwest, just south of the Canadian border, I’m troubled by the images of Liberal Leader Justin Trudeau in black and brownface. I’m also troubled by the calls for his resignation, which do not address the underlying issues or offer real change to those most aggrieved.

If every Canadian politician accused of wearing black or brown face, participating in racist activities in the past, or involved in scandal stepped down, Canadians would probably be left with political leadership far worse than what they have now.

Politics, many fail to realize, is transactional, while morality is evocational. Politicians act based on expectations of gaining something in return, while moral people act based on beliefs about right and wrong found deep within. The current crisis in Canada, like similar “blackface scandals” in the United States, inappropriately conflates the two. Politics is not a particularly moral endeavour and asking politicians to live up to the highest moral standards – or resign – is not a particularly astute political strategy.

Here, Canadians can learn from U.S. history, where some of the greatest moments in the African-American quest for justice and equality came at the hands of men and women holding the worst moral compasses. Many abolitionists were outspoken champions of ending slavery, while at the same time outspoken defenders of the superiority of white men and women over blacks. The Civil Rights Act of 1964 and the Voting Rights Act of 1965 were two momentous achievements of an appalling racist president, Lyndon B. Johnson.

Canadians outraged by Mr. Trudeau’s behaviour should be thinking in transactional, rather than moral, terms. For instance, Mr. Trudeau should be informed, “Justin, if you want to stay in office, we’ll help you, but, in exchange, we’ll need you to back important legislation.” Legislation that positively affects the lives and welfare of Canadians of colour and those in marginalized communities; legislation that strengthens existing laws against discrimination; legislation that addresses the environment and climate change, which disproportionately affects communities of colour.

“Oh, by the way,” Mr. Trudeau should also be told, “We’ll need something more. We’ll need you to demonstrate publicly your commitment to redeem yourself, and reconcile with the various Canadian communities you’ve deeply hurt by appearing in black and brownface. We’ll need you to create and appear before a Truth and Reconciliation Commission on Race and Racism in Canada.”

Canada has attempted such restorative, rather than retributive, justice before. The Truth and Reconciliation Commission (TRC), established as an outgrowth of the Indian Residential Schools Settlement Agreement, between 2007 and 2015 travelled throughout Canada, listening to and honouring the stories and the pain of the Indigenous peoples ensnared by the residential school system, educating Canadians about this dark chapter in their history, and seeking means of reparation and rehabilitation for those so deeply affected. The TRC did not offer a perfect solution, but it did offer a first step.

Last summer, I visited the Black Loyalist museum in Birchtown, N.S., where I learned the history of American slaves who escaped to freedom in Canada, only to find a government there unwilling to follow through on promises. Ex-slaves were granted freedom but they were also promised resources to build homes to face harsh Nova Scotia winters. The resources never came, forcing them to dig and live in underground “pit homes” to survive. Like a rodent, I crawled into a replica of a “pit home” to see for myself how terrible the conditions were. A TRC on Race and Racism needs to travel Canada to honour these stories and history and seek means of reparation and rehabilitation for black, Asian, Middle Eastern and other communities wounded by Mr. Trudeau’s insensitivity.

Then, as an African-American, I will once more be able to look northward to Canada, not only as a “safe haven” but also as a beacon lighting the way that the U.S. might follow toward healing from the trauma and pain of racism within a great country. 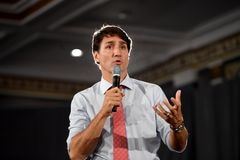 ‘It never went away': Canada’s troubling history with blackface
September 20, 2019 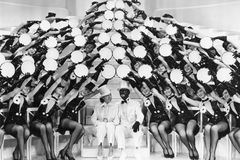