Rodney Diverlus is a dance and theatre artist, artivist, and the co-founder of Black Lives Matter - Canada and the Wildseed Centre for Art & Activism.

Ontario has officially shifted to Phase 3 of its reopening plan, a welcome announcement for businesses and organizations whose operations have been in standstill or decline for the 16 months since the COVID-19 pandemic began. A year after the historic resurgence of the Black Lives Matter movement and the conversation around addressing the unmet needs of Black communities, we’ve seen Black-owned organizations hit particularly hard by lockdowns, especially if they have been historically under-resourced – throwing a spotlight on the need for infrastructure that can ensure sustainability and continued support for our communities.

While experiencing some of the world’s longest shutdowns, many organizations in Canada have had to adapt visions and operations to these new realities, and to build on the momentum harnessed from the global conversation on anti-Black racism. As an emerging charitable not-for-profit organization, Black Lives Matter - Canada was no different. After previewing in February, 2019, the Wildseed Centre for Art and Activism – an initiative that aims to provide fertile ground for Black activism and creativity – was officially launched on March 7, 2020. Just days later, the country entered a long lockdown.

But last week, Black Lives Matter - Canada announced that Wildseed – now its home base of operations – would relocate from its rented space to a 10,000-square-foot Black-owned multipurpose centre to sustainably support Black communities in Canada. Wildseed’s mission is to build a space that can cultivate the most transformative and, yes, radical ideas from Canada’s diverse Black communities.

In our development of Wildseed, it became clear that the demand for Black-owned spaces far outpaced supply, and that more space and support was needed to nurture diverse projects and perspectives.

Protecting Black space, then, has been at the forefront of community conversations. For example, Reclaim, Rebuild Eg West, a youth-run, grassroots group, has organized in support of Toronto’s historically Black neighbourhood of “Little Jamaica” along Eglinton West. The area has experienced undue economic burden amid lockdowns, rampant gentrification, and a seemingly endless and sprawling light-rail transit construction project. The group collaborated with Black Urbanism Toronto on a crowdsourcing campaign and won their demand for heritage designation for the neighbourhood. This intersection of activism and local business offers new and exciting possibilities, and similar initiatives need our continued support to reach their full potential.

New businesses have also developed out of digital spaces. BlackOwned TO began as a digital platform and has evolved to a 3,200-square-foot physical store in Scarborough that will house thousands of products made by local Black artisans and entrepreneurs, giving them an opportunity to sell to a broader market.

And then there’s the Black cultural milieu, which is experiencing what many have described as a renaissance of sorts, including an expansion of the Black cultural footprint. A Different Booklist, a long-running Black-owned bookstore in Toronto’s Annex neighbourhood, is expanding into a cultural centre. Dubbed “the people’s residence,” it aims to be a “hub that provides opportunities to experience the rich culture of Canadians of African and Caribbean ancestry ... through literature, music, drama, dance and visual arts.” In addition, the Nia Centre is constructing a 14,000-square-foot Black Arts centre that aims to expand in-house programs, including artist residencies, training and mentorship opportunities.

Provincially and nationally, similar initiatives and opportunities are being carved out. These include the Justice Fund, the Foundation for Black Communities (which aims to transform the philanthropic sector through research and advocacy) and pop star the Weeknd’s HXOUSE (which describes itself as an “incubator and accelerator,” with a mission to “foster innovation and opportunity for creative entrepreneurs”).

Many of these initiatives provide a blueprint on which to expand. Each has employed distinct strategies to accomplish their goals, while providing job and economic opportunities for Black communities.

As we open up our provinces, and as these projects start to take shape, it’s important – now, more than ever – that the public continues to support Black-owned spaces. Supporting these initiatives will ensure their longevity to support future generations of Black communities. 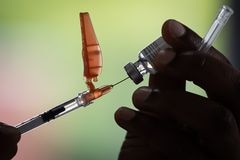 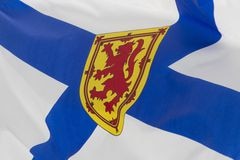 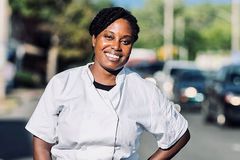