The worn motif that justice must be done in sombre chambers surrounded by volumes of legal tomes is cast off when you enter Justice Rosalie Silberman Abella’s office at the Supreme Court of Canada.

We all remember our first time setting foot in her chambers. A cacophony of colour and kitsch, the office walls vibrate with bold art and personal history: Fred Astaire and Ginger Rogers, Betty Boop, her father’s law certificate from the Jagiellonian University. The air is rich with jazz, classical and American standards, including the Gershwin brothers and Cole Porter. Mementos of her love of musical theatre are sprinkled everywhere.

Her office is a testament to what Justice Abella has described as the “crucial difference between an open mind and [an] empty one.”

This week, Justice Abella will retire, concluding a legal career that began when she was appointed to the Ontario Family Court at the age of 29 – making her one of Canada’s longest-serving judges, including 17 years at the Supreme Court.

In the coming days, there will undoubtedly be much public chronicling of the tour de force that is her jurisprudence, her impact on human rights worldwide and the remarkable journey that led a child born in a German displaced-persons camp to become the first Jewish woman on Canada’s highest court.

But we want to share a more personal account as four former law clerks who, at different points in Justice Abella’s time on the Supreme Court, had the chance to spend a year working alongside her.

Justice Abella stays apprised of her clerks’ professional and personal lives after they leave the Court, continuing to act as a proud mentor and fearsome advocate. The love extends to her clerks’ families, too. She delights in being asked to officiate their weddings – including two of ours – sometimes even in that same office. She is “Bubby” to all her clerks’ children (her “grandclerks”) and relishes spoiling them, our parental rules be damned.

Justice Abella defies labels. She is often spoken of as a trailblazer for women and a role model for young lawyers. A voracious reader of fiction, she has served as a judge for the Giller Prize. She also moderated the English-language leaders’ debate during the 1988 federal election and has more honorary degrees than we can count.

To us, her former clerks, her legacy is her lifelong quest to make the law a tool of equity and justice.

As the daughter of Holocaust survivors, Justice Abella’s judicial philosophy is led by her lodestar belief that the rule of law is not enough. From her work on pay equity and as a commissioner on the Ontario Human Rights Commission to her definitive majority decisions on human rights, equality and religious rights – not to mention her powerful dissents – she has never stopped pushing Canadian law toward justice.

We had the great honour of seeing this dedication up close, witnessing the focus and care she pours into each handwritten judgment (and yes, it’s with pen and paper that she begins almost all her work).

We watched as her reasoning and prose would emerge, slowly and carefully, into its final polished form. Every word in an Abella judgment is not just written but considered, crossed out, revised, mulled over and written again. Long before it was in fashion, Justice Abella stripped Latin and legalese from her reasoning, so as to make it accessible to Canadians from all walks of life.

Our experience as clerks is merely a reflection of Rosalie Silberman Abella as a jurist. For all her passion for art, music, literature, for justice, equity and equality – and for the project that is Canada – it is her intense humanity that marks her as a preeminent judge and public servant.

There is no doubt in our minds that, whatever Justice Abella does in her retirement, it will be driven by her humanity and desire to see justice progress in Canada. Like her beloved Cole Porter once wrote: “It’s curtain time and away we go / Another op’nin’, another show.”

We can’t wait to see what’s next. 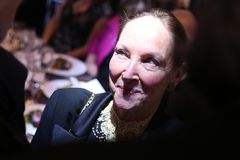 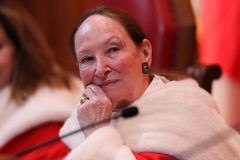