Grant Bishop is associate director of research at the C.D. Howe Institute.

The plunge in global oil demand from COVID-19 shutdowns worldwide represents an existential challenge for Canada’s petroleum producers. Oil prices have cratered as the cartel machinations of the Organization of Petroleum Exporting Countries (OPEC) unravelled in the face of the pandemic. Current forecasts suggest that global oil demand will plummet 30 per cent or more from the pre-pandemic levels of roughly 100 million barrels per day.

Over the weekend, OPEC members and Russia (also called “OPEC Plus”) agreed to cut almost 10 million barrels from daily production. Following Friday’s meeting of G20 energy ministers, various countries committed to buying cheap oil for their strategic resources to boost demand. The U.S. and Alberta indicated they expect significant shut-in by producers, but that they would not impose additional curtailment by producers.

Nonetheless, the markets appear to view these measures as insufficient. Current oil prices remain depressed and future prices have improved only modestly since last week. NYMEX contracts for Western Canadian Select (WCS) – the heavy blend of oil produced from the oilsands for delivery at Hardisty, Alta. – traded under $5US per barrel on Monday. So what now?

In past weeks, the dire circumstances in oil markets have prompted Canadian politicians to signal that they would consider a U.S. proposal for a “Fortress North America” oil market. This would involve imposing tariffs on oil imports, thus creating a “price floor” on barrels sold. That plan likely violates international trade treaties, but U.S. President Donald Trump is not known to respect such multilateral rules.

But a price floor is bad economics, and it’s the wrong policy to support Canada’s oil producers. Imposing long-term supply management on our petroleum sector would be economically inefficient and covertly costly to consumers. And while an imminent push for a price floor appears to have cooled, there remains a risk that this proposal gets resurrected if prices remain depressed.

The average operating costs for Canadian oil-sands producers are roughly US$20 per barrel, and with prices swooning to less than half that amount, Canada’s oil producers have endured large losses in the last month. Certain producers are hedged, having previously locked in contracts at higher prices. But with refineries reducing output and many producers taking a loss on each barrel produced, much of Western Canada’s oil production must remain shut in.

The landscape looks grim for moving future production, too, as markets have forecast depressed oil prices for years to come; a contract for delivery of WCS in December, 2022 currently trades at roughly US$20 per barrel.

These forecasts reflect the expectation that Saudi Arabia and Russia will continue to supply oil to the global market at low cost. Saudi Aramco reports extraction costs at US$2.80 per barrel, for instance; Russia produces at below US$4 per barrel. Both countries would earn more if prices were higher, but they remain profitable at present prices and have production capacity to spare.

Even with OPEC and Russia agreeing on quotas on output last week, their production will continue to ramp up in the years to come and there is a high likelihood that this deal falls apart. After all, cartels are inherently unstable since any member gains by “cheating,” and with growth of oil demand slowing and potentially peaking in the coming decade, low-cost producers may be seeking to grab market share while they can.

Of course, actual future prices may differ from forward prices today, and Canada wants viable oil producers in the longer term. But imposing a price floor is the wrong way for Canada to bet against the market.

Cartelizing Canadian oil would inefficiently subsidize high-cost producers, interfere with market structure, discourage petrochemical investment, and impose a hidden transfer from consumers to oil producers. Most importantly, domestic supply management would be ineffective in influencing oil prices in export markets, where Canadian oil must compete with lower-cost foreign production. In short, a price floor would be the wrong remedy for Canada’s current disadvantages in the global market.

Instead of managing supply, governments should provide a “bridge” of credit support to companies that can be viable at future prices once global demand recovers. But support for Canada’s petroleum sector must be a bridge to somewhere. This would require targeting oil producers most likely to survive in the longer term; to determine this, governments might require matching private lending that would leverage information about the creditworthiness of companies.

This crisis also underlines the importance of developing our own downstream sector and increasing our market access – in particular, the need to build pipelines to tidewater, such as Keystone XL and the Trans Mountain expansion. Most Canadian producers are effectively hostage to demand from Midwest U.S. refineries. Canada must diversify our oil exports beyond the U.S and reduce barriers to domestic petrochemical production.

Governments can and should enable market access and provide a bridge over this temporary collapse of demand. However, if governments protect high-cost oil producers that cannot compete with lower-cost oil supply, they risk building an expensive bridge to nowhere.​ 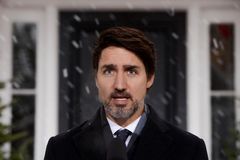 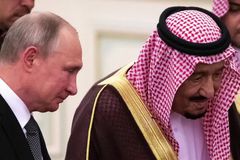 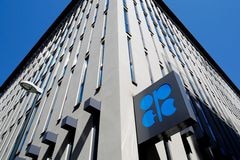