Brahma Chellaney is a geostrategist and the author of nine books, including, most recently, Water, Peace, and War: Confronting the Global Water Crisis.

Riotous and tumultuous developments in the United States have deflected attention from incoming president Joe Biden’s policy challenges. The increasing polarization of U.S. politics could weigh down Mr. Biden’s domestic agenda. But he faces no constraint in reshaping foreign policy.

Mr. Biden’s biggest international challenge relates to the world’s economic and geopolitical hub: the Indo-Pacific region. An expansionist China, seeking to supplant the United States as the dominant power, is injecting greater instability in the Indo-Pacific region by enlarging its territorial and maritime borders and its heavy-handed use of economic and military power.

When Donald Trump took office, his administration replaced Barack Obama’s floundering “pivot to Asia,” which remained largely rhetorical, with the broader “free and open Indo-Pacific” (FOIP) strategy, which sought to underpin the rule of law and freedom of navigation. It also reversed the four-decade policy course on China by designating the Communist giant a strategic competitor and threat. Will America’s Indo-Pacific policy flip again during Mr. Biden’s presidency?

Mr. Biden has already signalled the likely replacement of the FOIP strategy. In place of a “free and open Indo-Pacific,” Mr. Biden has coined a phrase – “secure and prosperous Indo-Pacific.”

He used the new expression in calls with the leaders of Australia, India and Japan, which, along with the U.S., constitute the Quad – a loose democratic coalition that is at the centre of the FOIP strategy.

But Mr. Biden has given no indication how his “secure and prosperous Indo-Pacific” policy will be different from the FOIP strategy, whose concept was originally authored by then-Japanese prime minister Shinzo Abe before Mr. Trump was elected. Nor has Mr. Biden thus far spoken about the Quad.

Thanks to U.S. efforts led by outgoing Secretary of State Mike Pompeo, the Quad today appears on the cusp of becoming a formal institution. Collaboration among its members now extends to intelligence sharing and joint naval war games. The Quad’s future, however, will be determined by Mr. Biden’s Indo-Pacific policy.

Today, a rules-based and democracy-led order in the Indo-Pacific has become more important than ever to ensure a stable power balance. If the region’s major democracies, from Canada to South Korea and Indonesia, leverage their growing strategic bonds to generate progress toward a broader concert of democracies, the vision of a free, open and secure Indo-Pacific may be realized.

China’s aggressive actions, including muzzling Hong Kong’s pro-democracy movement and triggering a continuing military standoff with India in icy Himalayan conditions, are driving even distant powers such as France, Germany and Britain to view a pluralistic, rules-based Indo-Pacific as central to international peace and security.

France has unveiled its own Indo-Pacific strategy that affirms the region’s importance in any stable, law-based, multipolar global order. And Germany, which until recently held the European Council’s rotating presidency, sought to help build a strategy for the European Union by releasing its own Indo-Pacific policy guidelines, which call for measures to ensure that rules prevail over a might-makes-right approach.

Mr. Biden’s Indo-Pacific strategy will be fundamentally shaped by his China policy. After his win, the U.S. State Department released a 72-page blueprint on how to checkmate China’s neo-imperial expansionism.

Before Mr. Trump engineered a paradigm policy shift, successive U.S. presidents since the 1970s aided China’s ascent as a trade leviathan by transferring advanced technology and outsourcing manufacturing. The U.S. actively contributed to the rise of its most formidable competitor in what will be remembered as a historically unprecedented act.

The development of a genuinely bipartisan China policy under Mr. Trump will be his most-consequential foreign policy legacy. Yet, paradoxically, his election loss could be linked with China’s most-infamous export ever – the COVID-19 virus.

Against this background, will Mr. Biden seek to reset America’s Indo-Pacific and China policies by spurning the Trump administration’s approach? Mr. Biden has signalled a willingness to co-operate with Beijing in areas where Sino-U.S. interests converge. This itself marks a break with the current approach that sees the U.S. in deeply ideological, even existential, conflict with the Chinese Communist Party.

However, given the bipartisan U.S. consensus, Mr. Biden’s China policy is unlikely to return to the softer approach of the Obama period, when Beijing launched its expansionist strategy, including redrawing the South China Sea’s geopolitical map without incurring any international costs.

Mr. Biden wants to build a coalition of democracies to pressure China. But this is exactly what the Trump administration sought to do, including turning the Quad into a promising alliance and upgrading security ties with key partners, from Taiwan to Thailand. It also established new defence co-operation with Vietnam and the Indian Ocean archipelago of the Maldives.

Without a well-defined Indo-Pacific policy approach under Mr. Biden, backed by political resolve and strategic heft, China’s expansionism will destabilize the region further, with Taiwan likely to be its next target after Hong Kong. 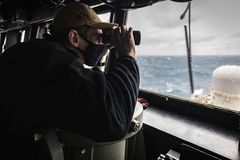 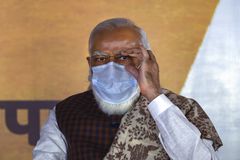 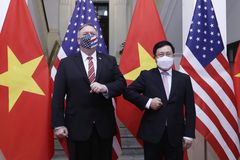