Elamin Abdelmahmoud is a Toronto writer and curation editor for Buzzfeed News.

In one of my group chats, there’s a recurring event: Every few weeks, someone will happen upon an old post on Facebook – say, from 2007 or 2008 – and drop a screenshot in. We’ll share a grimace and a laugh at what we used to think was interesting or funny, lightly tease the person who posted it, and then the grim conclusion will inevitably come: “just delete it,” we’ll tell one another.

I’ve been thinking about this occasional deleting a lot lately. Guardians of the Galaxy Vol. 3 director James Gunn was fired by Walt Disney Studios after offensive tweets from 2008-12 resurfaced. The tweets are as inappropriate as they come, on topics such as rape, child abuse and pedophilia.

At the same time, calls to fire The Daily Show host Trevor Noah were renewed after an old clip of a racist joke popped up. Mr. Noah had previously apologized for different offensive old jokes shortly after he was appointed as Jon Stewart’s replacement. Elsewhere, Community creator Dan Harmon was in hot water after a decade-old video of him simulating the rape of a doll went viral. So, all in all, a busy time for people in the public eye with vulgar, offensive past selves.

Holding people to account for past behaviour is never a bad thing. But as we settle in for the long term in the age of social media, we would do well to remember that we were never meant to have a record of every comment we’ve made in poor taste. I’m not convinced our brains are wired to confront such a record, to live with every ill-advised past thought in accessible memory. In real life, we get to look back with regret. Or better yet, we can (eventually) forget. Online, the whole archive of cringe-worthy moments exists, unsorted, as though we endorse all of it. What a nightmare.

But if we must live with all these past selves so readily available, then let’s do it with a measure of mercy and reason.

Social media is old enough that it is littered with artifacts of regrettable phases of otherwise reasonable people. The mere existence of old offensive material shouldn’t be enough for people to lose jobs and be filleted in the public arena. The mistakes themselves don’t actually tell us enough information.

An old tweet, for example, doesn’t tell us if the tweeter would commit to doing the same thing now. Comedian Roseanne Barr apologized numerous times for offensive tweets over the past few years, but continued offending. That insistence on pushing the envelope famously led to her very public firing from the reboot of her show Roseanne this spring, over a racist tweet in which she compared Barack Obama adviser Valerie Jarrett, a black woman, to Planet of the Apes. Her sin is demonstrably current.

Nor does the mere existence of dated posts reveal whether there’s contrition. After Mr. Gunn was fired, his thoughtful apology read that the old tweets were “unfortunate efforts to be provocative" and he has “regretted them for many years since.” And if old tweets are fair game, then surely so are old apologies – Mr. Gunn has said as early as 2012 that he regretted his attempts at "humour.”

Interestingly, Mr. Gunn’s first apology came well before the first Guardians movie. What has changed is a particularly charged cultural climate where old skeletons are being dragged back into the light with the expressed hope of sinking careers. Indeed, in the case of Mr. Gunn, the sharing of the tweets was orchestrated by a far-right mob that targeted the director for his anti-Trump views.

Certainly, Mr. Gunn’s tweets are indefensible – he has admitted this much. But many have pointed out that his career will probably be fine. The man has presided over a wildly successful film franchise that has grossed hundreds of millions. He’s going to be okay.

The bigger problem with Mr. Gunn’s firing is the faulty cultural thinking it props up: that we are permanently the selves we put online, and no time lapsed or taking responsibility or sincere apology can put distance between what you say in 2008 or 2018. We know that’s not how it works in real life. But in migrating our lives online, we forgot to bring this part of social evolution with us.

Thankfully, this is not yet pervasive. As Disney dropped Mr. Gunn, Adult Swim, the network that airs Mr. Harmon’s current show Rick and Morty, decided to stand behind the writer. In defending Mr. Harmon, their statement said that he“recognized his mistake at the time and has apologized.” That’s the way to handle situations such as this: with attention to context, and an acknowledgement that people can and do change.

The stakes of being wrong on the internet have never been higher. Star Wars director Rian Johnson recently deleted 20,000 tweets following Mr. Gunn’s firing. Mr. Johnson explains that he didn’t take the action because he was told to, but because “it’s nine years of stuff written largely off the cuff as ephemera. If trolls scrutinizing it for ammunition is the new normal, this seems like a ‘why not?’ move.”

What Mr. Johnson is referring to is 2018’s torqued atmosphere, where all decency seems to have escaped the internet. What has replaced it is a thirst for draining nuance and context in order to make a point. In the case of these old posts, it is with the purpose of getting someone you disagree with fired. The tactic only works because on the internet, we suspend our belief that people can evolve.

That we all have access to our fossilized past misjudgments is a unique feature of 2018 but I’m not convinced we were ever meant to live like this.

You can see your full name and your current profile picture next to something you might deeply regret. It’s a technological mistranslation of a human experience – there is no online equivalent of revisiting past dumb things you said a decade ago with a recognition that you might have changed. I wish those posts were presented with sepia-toned distance, which is how some people might actually view them.

One thing that hasn’t changed is this: in private spaces, among people we trust, all of us are still constantly working out our relationships with past selves. That includes expressing regret and taking responsibility. Away from the judgment of the internet as a whole, we trade shame over what we once thought worth sharing. Then, crucially, we allow ourselves to move on. “Just deleted it,” we’ll tell each other. 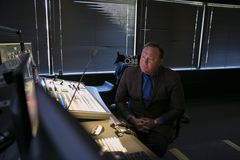 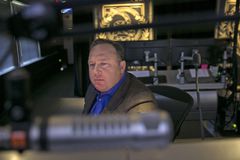 Judge rules app owners must reveal details on woman who likely was an organizer of violent Charlottesville rally
August 6, 2018 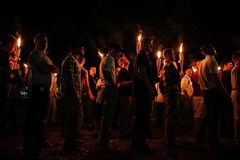