Thomas Juneau is assistant professor at the University of Ottawa’s Graduate School of Public and International Affairs.

The Islamic Republic of Iran celebrates its 40th anniversary this month: It was in February, 1979 that Ayatollah Ruhollah Khomeini returned to Tehran as the U.S.-backed Shah’s regime collapsed. This presents a good opportunity to take stock of Canada’s relations with Iran.

Bilateral relations have been difficult from the beginning. After Canadian diplomats sheltered American counterparts during the hostage crisis that started in November, 1979 and helped exfiltrate them from Iran, Canada closed its embassy in Tehran until 1988. Relations took a turn for the worse in 2003 when a dual citizen, Zahra Kazemi, was brutally killed in an Iranian prison.

After it took power in 2006, Stephen Harper’s government adopted a tougher approach, labelling Iran the greatest threat to international security. The Conservatives’ most consequential action was the Justice for Victims of Terrorism Act (JVTA), which, alongside modifications to the State Immunity Act, empowers victims to sue countries listed as supporting terrorism. The process – which faced significant resistance within the bureaucracy – allows for the seizure of government assets owned by a listed state in Canada in connection with a judgment against it.

Partly out of fear that Iran would retaliate against Canadian diplomats, Canada suspended diplomatic relations in September, 2012, just before listing Iran as a state supporter of terrorism.

During the 2015 election campaign, Justin Trudeau’s Liberals pledged to re-establish relations. But this proved easier said than done: It is virtually certain that embassies in Tehran and Ottawa will not reopen before the October, 2019 elections.

Four factors explain why the Liberals did not succeed. The JVTA, first, hampered efforts. Delisting Iran would have removed the problem, but it would have been unviable politically – and inaccurate – as it would have amounted to declaring that Iran does not support terrorism.

By the end of 2017, Ottawa and Tehran were nearing, but had failed to finalize, a compromise working around the JVTA by having both countries open an interests section in the other’s capital. This would have allowed each to establish an office hosted in a third country’s embassy, thereby putting their assets under the jurisdiction of a protective power and shielding them from the JVTA.

Second, a split grew within the Liberal Party, with those opposing re-engagement gaining momentum. Third, although there was a window of opportunity during which both sides were committed to re-engagement, it remained that bilateral relations were not a priority for either.

The politics of consular cases, finally, threw additional roadblocks. After Kavous Seyed-Emami, another dual citizen, died under highly suspicious circumstances in an Iranian jail in 2018, his widow, Maryam Mombeini, was prevented from leaving Iran. Foreign Affairs Minster Chrystia Freeland eventually announced that Canada would restrict communications with Iran until the Mombeini case is resolved."

Though the Conservatives view the failure to reopen embassies as positive, it is costly. An embassy in Tehran would not magically solve consular cases, but it would make a marginal difference in managing them. It would also help promote Canadian business in Iran.

The Obama administration was irritated by the Harper government’s hardline approach and did not view its decision to suspend relations sympathetically. The American national security bureaucracy would support their re-establishment, as Canadian diplomats in Tehran frequently briefed U.S. colleagues on developments in Iran prior to 2012. U.S. President Donald Trump, moreover, has not indicated he would oppose it, despite his campaign of maximum pressure against Iran.

The JVTA also drastically reduces Ottawa’s margin of manoeuvre in the event of a crisis. Canada has deployed troops in Iraq – where Iran has significant influence - as part of the coalition against the Islamic State. Should an eventual escalation of U.S.-Iran tension spill over into Iraq, for example, a Canadian embassy in Tehran would provide a valuable channel of communication.

Suspending relations may have felt like the right decision morally, but in practice it does not help in addressing consular cases, or human rights more generally, nor does it help the pursuit of Canada’s other interests. It stems from a fundamental misunderstanding of diplomacy: Its role is not only to reward friends, but also to deal with rivals. 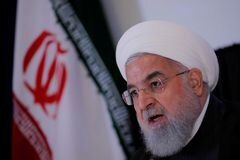 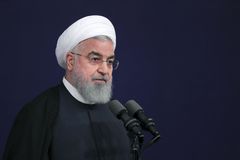 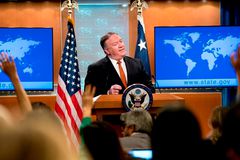