Jeremy Douglas is the regional representative for the United Nations Office on Drugs and Crime (UNODC) for Southeast Asia and the Pacific and a former UNODC representative for Pakistan. The opinions expressed in this commentary are his.

More than a few eyebrows went up last week when Tse Chi Lop – a 55-year-old Canadian man – was accused of being arguably the biggest drug trafficker in the history of Asia.

Mr. Tse is suspected – by police in Myanmar, Australia and Taiwan, and by the United Nations Office on Drugs and Crime (UNODC) – of being the leader of Sam Gor, or Brother Number Three, a supersyndicate largely responsible for the dramatic shift in recent years in organized crime away from drugs such as heroin and toward synthetics, such as methamphetamine, ketamine and fentanyl. It’s a shift that has been driven by control and profit, since synthetics offer many advantages to criminal organizations: Labs can be quickly set up or moved; they are not subject to external conditions such as climate, nor do they require large work forces; and production can be rapidly scaled up to drive the market. Put these things together and it means the disruption of the traditional drug business and the heavily concentrated profits that come with it.

And the business is growing – explosively. The UNODC recently estimated that the retail methamphetamine trade in East and Southeast Asia, Australia and New Zealand clocked in at just more than US$61-billion, up from US$15-billion in 2013. As the largest player in the business, we can also estimate that Sam Gor likely produced more than 300 tons of meth and made about US$8-billion from its bulk wholesale trafficking last year alone.

The way Sam Gor has allegedly used Asia to expand the drug trade so quickly has been both impressive and frightening. The region has offered all the ingredients needed for success – and they have all been used: territory under the control of cash-hungry militias available for production and protection; poor co-operation among countries; porous borders; an unending supply of precursor chemicals and pharmaceutical products; pre-existing, lucrative markets with large populations of young people; and large numbers of unregulated casinos and junkets through which to launder money.

And if Mr. Tse is indeed the leader of Sam Gor, as police suspect, his take would be the largest, making him perhaps wealthier than Joaquin “El Chapo” Guzman and Pablo Escobar – all while living in anonymity and enjoying life in Hong Kong and Macau.

The news of a Canadian drug lord may have caught many by surprise, but the fact of the matter is that he is a Canadian citizen – born in Guangzhou in 1963 and immigrating to Canada in 1988 as part of the exodus that left Hong Kong before the handover to China. And it is worth considering what this means for Canada’s engagement with the region.

Most Canadians do not understand the complexity of the region, and very few appreciate that criminal organizations seek and capitalize on governance disparities and dysfunction. The prolonged economic expansion in Asia has obscured the fact that there are significant differences between countries in the region; many lack the leadership, institutions and capacities that are often taken for granted in a country such as Canada, which enjoys the rule of law.

But Canada can help Asia push back on organized crime. With its connections through its immigrant population and extensive business relationships, its generally good reputation on the world stage and the lessons it has already learned in taking on Asian-centred organized crime – the UNODC reported that Mr. Tse cut his teeth as a member of the Big Circle Boys in Toronto before leaving for Asia and helping establish Sam Gor – Canada is well placed to take action. By appointing a Minister of Border Security and Organized Crime Reduction, Ottawa has suggested it understands that organized crime is a multifaceted and growing threat to Canada and its interests. The government also had the foresight to appoint a uniquely qualified individual, former Toronto police commissioner Bill Blair, to lead and integrate national efforts. Countries in Asia should follow its lead.

While the United Nations has been working closely with Australia, Canada, China, Japan, the United States and others concerned about the increasing power of organized crime in Asia, the effort remains fragmented and underresourced, with politics often getting in the way of meaningful co-operation. But as the accusations being levelled against Mr. Tse and Sam Gor makes clear, it is time to reconsider the approach and find ways to work together much more effectively.

Countering organized crime in Asia will require the region and connected countries such as Canada to collectively address the governance deficits and dysfunction that Sam Gor has apparently used so effectively. It is undeniable that Asia has an organized crime and synthetic-drug problem. The fact that a Canadian citizen is allegedly at the helm of the problem only underscores Canada’s responsibility to help solve it. 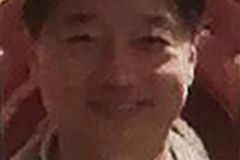 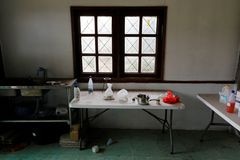