Robert Thirsk is a former astronaut, engineer and physician.

I am a former Canadian Space Agency astronaut. Throughout my career, I have made dozens of mistakes. Many were embarrassing. But, fortunately, all of my mistakes were made on the ground in the safe setting of training exercises when human lives were not on the line. Accordingly, I have often wondered over the past months whether methods used to train astronauts for contingencies in space could also be applied to the management of global crises on the ground.

Space missions are enormously difficult to conduct. Activities such as spacewalking, robotic and rendezvous operations are challenging for astronauts to carry out. Furthermore, the space environment – vacuum conditions, extremes of temperature, ionizing radiation – is hazardous.

Training is the currency-of-trade for astronauts. We train relentlessly on the ground to handle not only routine operations in space but also unexpected events. It isn’t enough to train until we get it right; we need to train until we can’t get it wrong. If a cabin fire, vehicle depressurization or engine failure was to occur, we might have only a brief moment to respond correctly. The correct response needs to be hard-wired into us – a process that takes place over years of simulator-based training.

Simulators are ground-based facilities that resemble our spacecraft in form and function. They are the cornerstone of flight preparation since they can simulate all aspects (except weightlessness) of the space experience. Our highest fidelity trainers are amazing; they replicate the sights, sounds, motions, controls and data stream of the actual space vehicle. They are driven by powerful computers that run complex software models of the space environment and every on-board system.

If you think of a spacecraft as a collection of vehicle systems that are interconnected and interdependent upon each other, the most valuable feature of our training simulators is their ability to reveal these complex interactions. For instance, a seemingly innocuous malfunction like a valve failure can be shown to have extensive repercussions on the electrical power, thermal control, life support and many other systems. My ability to respond correctly to crises in space improved once I began to regard my vehicle as an ecosystem.

But ecosystems exist elsewhere. They are prevalent throughout our society, the economy and nature. Having observed our marbled-blue planet from above, for instance, I appreciate that the natural world is multi-faceted. It relies upon finely tuned interactions between the land, oceans, atmosphere, freshwater cycle, flora and fauna. It is no surprise to me that a problem arising in one region of Earth’s ecosystem could propagate widely and have global consequences.

The COVID-19 outbreak spread quickly from Asia to all corners of our world, its scale and severity catching us unprepared. While many jurisdictions sprang into action and implemented effective countermeasures against the virus, some did not. In the outbreak’s early weeks, some response teams were uncertain, tentative and conflicted. They seemed startled by the virus’s unanticipated consequences. In several regions, viral proliferation was not well contained.

A few health agencies such as Toronto Public Health and the Johns Hopkins Center for Health Security had run simulations of pandemics in the past to validate their emergency plans and to prepare their response teams. To have national and global impact, more organizations must emulate these commendable examples. The quality of training that I received as an astronaut convinces me that comprehensive simulations, run repeatedly during preceding years by a wider range of jurisdictions, could have better prepared us for the advent of COVID-19. We could have identified vulnerabilities in our health care, supply chain and manufacturing systems. Once these deficiencies had been exposed, new policies, improved procedures and ongoing innovation could have mitigated their effects. Perhaps the distressingly high death rates amongst our marginalized citizens could have been foreseen and averted.

Bill Gates is also a fan of simulations. In his prescient TED Talk of 2015, Gates called for a series of comprehensive “germ games” as a means to train pandemic teams. He further contends that it is preferable to identify logistical issues in advance rather than be caught unprepared.

In addition to astronautics, the use of simulation is also embedded in the training cultures of the aviation, defence, security and clinical communities. We all agree that to get better at managing crises, we need to manage crises. Hands-on practice is key to the development of crisis management skills.

Someone once said that leaders are forged in times of crisis, and I agree wholeheartedly. There’s nothing like real-life crucible experiences to hone higher-level skills like situational awareness, critical thinking and evidence-based decision-making. However, I would never wish to fly in space with a person who is in the process of being forged. Rather, I would like to know that my crew mates have already ‘been there, done that,’ through proficiencies gained in true-to-life simulations.

The next global crisis may not be another viral outbreak. It could be something different – a nuclear accident, an act of terrorism, or a financial depression. Or it could be a natural disaster like a major earthquake, ice storm or asteroid strike. While the likelihood of any one of these events happening in a given year is remote, its impact when it does happen could again be catastrophic.

In the spirit of building back better, I advocate for investment in rigorous, realistic and relentless simulator-based training as an adjunct to emergency preparedness and response. The benefits would be significant – contingency plans covering a spectrum of situations that are regularly updated and validated, and response teams that are battle-hardened. We owe it to the next generation to be better prepared. 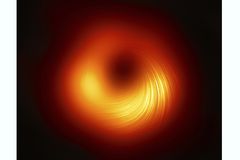 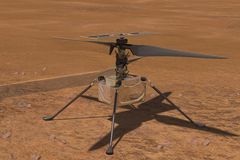 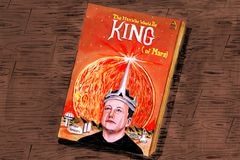