Brian Mulroney, who officially becomes an octogenarian next week, has been far too busy doing what he’s always done – brokering deals, advising politicians and nurturing relationships – to notice that time has caught up even with him.

At the 80th birthday bash his family held for him this month in Palm Beach, Fla., it hit him that many of the friends who had attended his 65th birthday party at the same ritzy private club near his second home are no longer of this world. He particularly lamented the absence of former U.S. president George H.W. Bush, one of his closest friends, who died in November.

This led him to reflect on the current leadership void in the West. And he’s deeply worried.

U.S. President Donald Trump, a longstanding acquaintance of the former prime minister, has all but abdicated his country’s postwar global leadership role. Here at home, where he has served as an informal adviser to Prime Minister Justin Trudeau, Mr. Mulroney bemoans the absence of vision among overcautious politicians who use public-opinion polls as their compass, putting popularity ahead of principles.

Had he done that, he reckons, Canada would never have signed the Canada-U.S. free-trade agreement, nor have worked to later bring Mexico into the mix. And he would not have introduced the hated goods and services tax that contributed to his party’s 1993 defeat, but without which his successors might never have balanced the books.

“Many suggest that great, inexorable currents of history themselves – and not individual leaders – seal our fate. In my judgement, however, [Scottish philosopher Thomas] Carlyle was on target when he observed that the right man or woman in the right place at the right time can completely change the course of history,” Mr. Mulroney said in a speech this week before the Lord Reading Law Society in Montreal, a group representing Jewish jurists in Quebec.

He worries that most leaders in the West today aren’t doing enough to halt the rising anti-Semitism and anti-immigrant sentiment that poison their countries’ politics. He is alarmed that some politicians in Canada have jumped on the anti-immigration bandwagon. Mr. Mulroney’s own views align with those of Mr. Trudeau, who has vowed to increase annual immigration levels to 350,000 newcomers by 2021.

“We derive our strength, our energy and our freedom as Canadians from our diversity and we must continue to appreciate the jewel we have in this gentle, civilized and generous country,” the former Progressive Conservative prime minister said in another speech this week, this one to the St. Patrick’s Society of Montreal.

Mr. Mulroney’s personal fondness for Mr. Trudeau – whose handling of the renegotiation of the North American free-trade agreement he also praises – has irritated many Conservatives. But the truth is that Mr. Mulroney has been largely estranged from his former party since its merger with the Reform Party and the 2004 election of Stephen Harper as Conservative leader. As prime minister, Mr. Harper could hardly hide his disdain for Mr. Mulroney; the feeling was mutual. Personal dislikes aside, Mr. Mulroney views the Conservatives’ hard-right turn, which has continued under current Leader Andrew Scheer, as a historical error because it has soured too many centrist voters on the party.

It also irks some Conservatives that Mr. Mulroney has refused to publicly criticize Mr. Trudeau for his handling of the SNC-Lavalin scandal that has shaken his government. But, in one of his speeches, Mr. Mulroney did take a jab at Mr. Trudeau’s definition of “real leadership” – which he offered last week to account for his handling of the SNC-Lavalin affair – as “about listening, learning and compassion.”

“There are times when voters must be told not what they want to hear, but what they have to know,” Mr. Mulroney said in his St. Patrick’s Society Speech. “Leaders must govern not for easy headlines in 10 days, but for a better Canada in 10 years.”

Opinion: In Canadian history, there has rarely been a government meltdown like this

Opinion: Can Andrew Scheer bring two sides of the Conservative voter base together?

As prime minister, Mr. Mulroney took a strong, principled and initially unpopular stand on free trade and aligned Canada with the United States to help free Eastern Europe from communism. He fought tirelessly to get Mr. Bush to sign a treaty to combat acid rain. He denounced apartheid in South Africa before most world leaders were prepared to, helping serve as a catalyst for its demise. He failed in the cause perhaps closest to his heart – getting Quebec to sign on to the 1982 Constitution – but it wasn’t for lack of trying.

At 80, however, Mr. Mulroney seems less worried about his own legacy – over which he once obsessively stewed – than the mess today’s global leaders threaten to leave.

Opinion
Liberals are drawing out SNC-Lavalin scandal – at their own cost Subscriber content
March 14, 2019 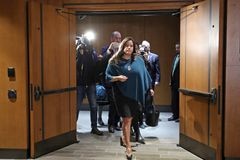 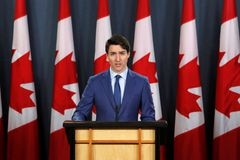 Opinion
The overpowering PM: It’s time to give authority back to Canadian MPs Subscriber content
March 8, 2019 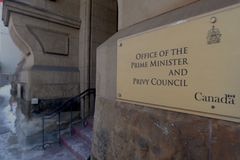