Blair Bigham is a Critical Care Fellow at Stanford University and a graduate of the London School of Hygiene and Tropical Medicine. He lives in Silicon Valley, where he studies the spread of misinformation.

The unprecedented amount of accessible information about health care and the speed at which that information spreads is, paradoxically, one of the greatest threats to human health. While access to accurate information is essential to ending any epidemic, it is often hard to discern what is accurate and what is not – facts get drowned out by falsehoods, turning an “infodemic” into a “misinfodemic,” which helps diseases to spread.

A study in Science found that on social media, myths spread deeper and faster than the truth. Researchers who surveyed thousands of respondents in the U.S. and U.K. found that even small exposures to falsehoods made people less likely to want a COVID-19 vaccine shot. A Kaiser Family Foundation survey from April found two-thirds of unvaccinated adults believed at least one vaccine lie.

The societal imperative to end misinformation is clear: economies have crumbled, social interactions have been disrupted, and millions have died or been left chronically debilitated by COVID-19, a disease without a cure but against which vaccines are remarkably effective. This problem is not specific to health care – misinformation on all sorts of issues has sent shock waves through stock markets, disrupted responses to natural disasters, and propagated terrorist attacks and wars.

It’s nearly impossible to keep up with the rapidly evolving information ecosystem. Social media platforms barely survive a generation before being usurped by a novel competitor. News outlets struggle to digest a buffet of science preprints, pseudoscience “experts” and political actors who are seemingly unable to tell the truth. Scientists not accustomed to speaking to the public bungle their efforts to communicate evolving and complex issues, which can provoke consternation among those trying to make sense of their messages. And the public, despite best intentions, falls prey to life-threatening falsehoods.

But we can stop this misinfodemic. Like stopping COVID-19, it will require a whole-of-society effort. U.S. Surgeon General Vivek Murthy, in his first public advisory in mid-July, said “limiting the spread of health misinformation is a moral and civic imperative.”

Misinformation is much like microbes that spread not through aerosols or fomites, but by electronic contagion to which human nature is frighteningly susceptible. First, there is a dose-response – the more misinformation you are exposed to, the more likely you are to display symptoms. The echo chamber created by social media algorithms is partly to blame.

Experts have shown that misinformation spreads on the internet the same way influenza spreads in a crowded stadium – from a couple of hot points outwards. Indeed, a map of misinformation spreading on Twitter looks remarkably like the maps I was trained to draw to track cholera or meningitis outbreaks. If you can stop a case from making contact with susceptible people, you can slow or halt transmission.

We also know that while debunking falsehoods is difficult, we can inoculate people against myths by prebunking. Prebunking involves warning people that misinformation is headed their way – similar to how vaccines warn the human immune system to be on the lookout for dangerous pathogens.

To prevent the propagation of misinformation, social media companies must take on the role of public-health agencies, surveilling for diseased posts and isolating them quickly before they can spread. Surprisingly, research has found that just a few social media accounts are responsible for an overwhelming majority of misinformation.

U.S. President Joe Biden recently called out the social media giants in unusually direct words, saying such platforms were “killing people.” He’s not wrong – where COVID-19 is on the rise, the overwhelming majority of new cases are now among the unvaccinated. And given the availability of vaccines in the U.S. and Canada, nearly all of those unvaccinated people chose, for one reason or another, to pass up the shot. If we want to end the COVID-19 pandemic once and for all, we must urgently address the epidemic of misinformation.

Super-spreaders of misinformation will argue that freedom of expression is stifled when their messages are censored. This argument does not hold water; there is no right to propagate statements that are dangerous and deadly on privately controlled social media platforms. Make no mistake – misinfodemics from Manilla to Minneapolis have killed thousands of people over the years thanks to anti-vaccination campaigns on social media. Now, a similar effort threatens the progress we have made in the COVID-19 pandemic.

In 1854, a British physician named John Snow mapped cholera cases in the Soho district of London. He thought well water was contaminated and convinced the local council to remove the handle of the pump on Broad Street. The epidemic subsided.

Social media giants should partner with doctors and scientists to do the same. We must shut off the digital taps that permit the deadly spread of myths.

Opinion
I’ve received death threats. I’ve been sued. I’ve been lied about. Here’s why I’m committed to debunking misinformation
May 29, 2021 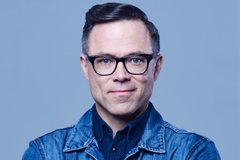 People are unwittingly finding themselves the target of COVID-19 misinformation
May 16, 2021
Opinion
My voting technology company has been hit with a tsunami of lies and misinformation
January 17, 2021 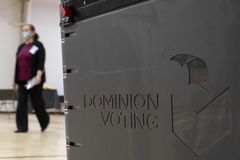