I hope I am wrong in thinking that the disastrous restart of school in Ontario will set the province on a path toward another extended “holiday” break. March break 2020 lasted approximately six months. Based on how the province is stumbling over its return to school, the coming Thanksgiving holiday could stretch until Easter of next year.

Most Ontarians understand we need to do everything possible to keep schools open: They are essential for children’s social development, to get parents back to work, to get the economy moving again and to preserve parents' sanity. Unfortunately, whatever sanity parents were left with after half a year home with their kids appears to have been squandered in the lead-up to the return to school.

The provincial government first unveiled its back-to-school plan this summer with no firm guidelines for reduced class sizes and physical distancing in classrooms. Predictably, it didn’t go well. Amid outrage from parents and teachers, more money was quickly made available for upgraded ventilation systems and creative solutions for spacing, though boards only had three weeks left to figure out new plans and facilitate their implementation. Meanwhile, cases of COVID-19 had begun rising across the province, reaching a three-month peak one day before the largest school board in Canada was set to resume classes.

The situation now – barely a week or two into classes – is a mess. The Toronto District School Board has delayed its virtual school for the second time, citing an unforeseen spike in last-minute enrolments (even though parents talked openly in online forums about signing their kids up for in-person school to “save” the spot in case infection numbers remained low).

The lines for COVID-19 testing in Ottawa, Toronto and Peel Region are now hours long, which is patently unacceptable six months into a pandemic. According to Health Minister Christine Elliott, the province did not anticipate the extent to which there would be an increase in the demand for testing at the start of school. Many school bus routes have also been cancelled across the province, as drivers – the majority of whom are older than 60, according to their union – predictably declined to risk their health to get behind the wheel. It’s a cacophony of failures of foresight, planning and emergency preparedness.

Getting students to school will only become more complicated as seasonal illnesses set in. Parents will have to keep their kids home every time they exhibit any symptoms, and/or spend hours in line waiting for COVID-19 swabs (and repeat the process as illnesses spread to siblings). Children will be sent home for weeks after possible exposures, leaving parents to navigate a labyrinth of vague and conflicting information from schools, school boards, local public health units and the province about safe returns. Phone lines will inevitably become clogged and parents will be lost and frustrated. Some may opt to pull their kids out altogether. Unless there are marked improvements in access to testing, clarity on rules, COVID-19 spread in the community and protections for staff and students the system will collapse.

Reopening schools has worked in jurisdictions where there is low COVID-19 community spread and clear procedures to mitigate exposure in classrooms and hallways. It has not worked where COVID-19 case rates are climbing in the community and safety measures in schools are wanting. At the time of writing, Quebec, which falls into the latter category, has recorded 223 schools with positive cases – roughly 10 per cent of all schools in the province – after about three weeks of classes. (A group called Covid Écoles Québec, which has simultaneously been tracking school infections across the province, has pegged the actual number much higher, at 319 schools). Ontario, so far, has recorded 35 schools with COVID-19 cases, but that number will absolutely rise as cases in the community continue to grow.

Clearly, Ontario was not prepared for a September return to school. As a result, it might have to prepare for another prolonged shutdown. Again, I hope I’m wrong, and that the province, together with school boards, will be able to turn the situation around to keep the school year going.

Students missing weeks of school at a time and spending hours in testing lines – and parents having to juggle it all – is simply not sustainable for an entire school year. The province needs to be preparing for a complete return to virtual learning, and parents are owed specific information – now – on when and how the government will make that call. Ontario stumbled blindly and ill-prepared into a province-wide return to school. If it has learned anything from that experience, it should be developing and sharing plans early for the possibility of another provincewide exit. 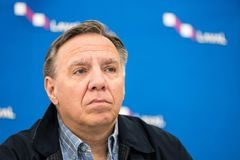 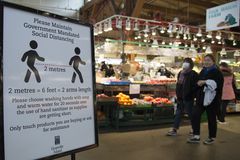