In a perfect world, the drone attacks on Saudi oil refineries on Sep. 14 should underscore the risks of continuing the war in Yemen and drive efforts to de-escalate regional tensions. Oil remains the lifeblood of the kingdom and the attacks aptly illustrated Saudi Arabia’s vulnerability despite the billions spent on defence over the years.

The problem is, the attacks – for which Yemen’s Houthi rebels claimed responsibility – are just as likely to prompt the Saudis to double down on their current approach to Yemen. Preventing the emergence of an Iranian proxy government in Yemen, submissive to the demands of Tehran, was one of the main drivers pushing the Saudis to intervene in Yemen in the first place. For the Saudi leadership, these attacks will likely just underscore the risk of leaving the Houthis (and Tehran) in charge in perpetuity and renew their determination to end that threat, with some hawks perhaps even tempted to take the fight directly to Tehran.

They should think again. If nothing else, these attacks illustrate the folly of anyone contemplating war with Iran. If 10 drones can inflict that much damage on the kingdom’s oil infrastructure, just imagine what kind of destruction Iran’s much more sophisticated and lethal missile arsenal could do.

These attacks are not the first to hit Saudi Arabia or its oil infrastructure. Ballistic-missile attacks have successfully hit Saudi cities, including the capital, since late 2017 (luckily inflicting few casualties). The kingdom’s border cities have been hit repeatedly since the early days of the war, inflicting hundreds of civilian casualties and broad damage to homes and infrastructure. But the damage done to the country’s core oil interests are of a different order of magnitude than anything they have suffered previously.

Some in the region and elsewhere will likely take quiet satisfaction in the inability of the Saudis to prevent this attack. They will see the damage done this week and the Yemen war in general as a much-deserved black eye for Saudi Crown Prince Mohammed bin Salman. But the stakes are too high to sit back and enjoy his and the kingdom’s discomfort or comeuppance.

There is an opportunity here. The attacks may be the catalyst needed to move the peace needle. The attacks have resulted in a 50-per-cent reduction in Saudi oil production, which, if it is prolonged or repeated, will have global economic repercussions. They could, as a result, refocus international attention on the conflict in a way, to our collective shame, the massive humanitarian disaster Yemen has so far failed to do.

Crafting a peace agreement between the internationally recognized Yemen government and their Saudi allies (patrons) on the one hand and the Houthi rebel government and its tribal allies, on the other, will be difficult. The United Nations has been at it for some time, with little positive effect. Yemen is almost ungovernable in the best of times and these are not the best of times. Broad engagement by the international community is needed.

Finding a formula that addresses the key security concerns of all the main players will be tough, but dealing with the Iran issue will be key. This has been a low cost, high reward effort for Tehran. They have been able to keep the Saudis bogged down, embarrassed and internationally shamed for very little investment or effort. But they have the least at stake and have no real strategic interests at play. Getting Tehran to fold this good hand will be challenging.

But Tehran’s co-operation might not, in fact, be necessary. Iran has effectively exploited the Yemen war, but its role in the Yemen war and its influence over the Houthis have been exaggerated (even if the Saudis don’t see it that way). It has been a marriage of convenience, driven increasingly by the war. The Houthis don’t want to be an Iranian puppet and, with the right guarantees, they can and likely would jettison their increasing ties with the Islamic republic. The Saudis, for their part, have to be convinced that there isn’t an Iranian under every Houthi bed and that those who are there are present largely because Riyadh has left the Houthis no choice.

Addressing the internal issues in Yemen will be immensely challenging. It will take billions to rebuild and bribe all the various Yemeni parties who will need to be taken care of to support peace. Saudi Arabia will always have influence in Yemen, it is unavoidable. Iran has no equivalent core interest and the key to a peaceful future in Yemen lies in taking Tehran out of the equation. 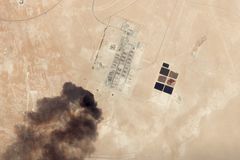 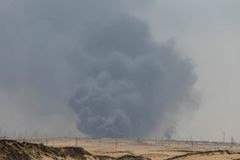