Andrew Newman
Contributed to The Globe and Mail
Published May 24, 2021 Updated May 24, 2021
Comments
Text Size
Please log in to listen to this story. Also available in French and Mandarin. Log In Create Free Account

Andrew Newman is a Melbourne-based barrister.

When I heard the news earlier this month that Australia wasn’t planning to allow its citizens to travel abroad until mid-2022, my heart dropped. As a Canadian expat living in Australia, I’ve been grateful for our success in suppressing and effectively eliminating COVID-19. But with a snail-like vaccine rollout and little natural immunity, I am concerned by the distant horizon for reopening to the world.

I’m all too conscious of not being in Canada with my family when needed, both in times of sorrow and joy. A close family member became ill and died. A new member of the family was born. While we are lucky to be enjoying a more-or-less normal life here, it’s a strange feeling knowing we are stuck in what is now being dubbed “the Hermit Kingdom.”

Australia has been one of the world’s most successful countries in terms of managing the virus. The country has had less than 30,000 cases and 910 deaths since the start of the pandemic. Nearly all of those cases and deaths were during the first wave last spring and the second wave, which occurred only in Melbourne in the second half of last year due to mismanagement of the hotel quarantine system.

The success can be attributed in part to an early recognition from the national and state governments that the virus would be suppressed only if human movement was radically curtailed. Australia’s remote location and status as both a country and an island continent are obvious advantages. The international border was shut and state borders within Australia were also closed for much of 2020. The city of Melbourne was surrounded by a hard border, known as “the ring of steel,” for 123 days. When small numbers of cases increased, authorities put cities into strict lockdowns, with fines for thousands of dollars readily issued. Compliance was high. Unlike in Canada, the rules have been fairly consistent and generally communicated clearly.

Other than limited sporadic lockdowns of a few days’ duration in various parts of the country, life is now largely normal within Australia’s borders. Students have been back at school since October. Sports are resuming. Restaurants are open. Masks are no longer generally required. Large gatherings are again permitted. Even handshaking has cautiously resumed. The economy has benefited – and more importantly, we’ve largely avoided the deaths and medical burdens that other countries have had to bear.

Due to the success of its strategy, there has however been much less pressure to vaccinate people than in Canada. This has increased vaccine hesitancy, with up to a third of Australians saying they are unlikely or not very likely to be vaccinated in the months ahead. One key reason reported for the hesitancy is the lack of a rush to be vaccinated while the borders are closed.

Australia’s vaccination program has lagged far behind the U.S., Canada and the EU. Only 3.2 million doses have been administered in a population of 25 million. While some 195 million doses have been ordered, the rollout is far behind schedule. A plan for domestic manufacturing hasn’t gone as planned, and European officials have been reluctant to allow vaccines to be sent here, given our low infection numbers. Australia remains highly vulnerable to a third wave, particularly of new variants. The current normal way of life is hard-won and easily lost.

Australia cannot open to the rest of the world until mass vaccination has occurred. Until then, Australians have the unusual legal restriction of being unable to leave their own country without permission. This is not a border closure in the Canadian sense. A permit is required to travel, and it is rarely given. Even if one was permitted to travel, there are few commercial flights to transport travellers. Coming back to Australia is the hardest part, even for citizens. That requires waiting for a spot on a repatriation flight under strict caps, and with a 14-day hotel quarantine requirement. After the recent outbreak in India began, Australia initially banned its citizens there from coming home, threatening them with criminal charges and a $50,000 (in Australian dollars) fine.

While I am grateful to live in a country that protects its people and has largely been led by science, we need to find a way to accelerate the vaccine rollout and reopen ourselves to the world. In Melbourne, 40 per cent of the residents are born overseas, and we feel the distance from our homelands every day. It’s already been three years since my children have been back to Canada to see our family. I hope they won’t have to wait another year.

Ontario says it will use AstraZeneca’s COVID-19 vaccine for second doses
May 21, 2021 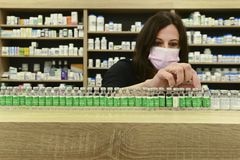 As U.K. eases travel restrictions, criticism for government’s mixed signals on whether Brits should go abroad
Subscriber content
May 19, 2021 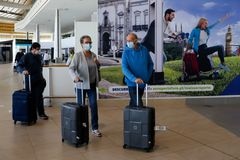