Elizabeth Rowbotham is the chair of the Rule of Law and Lawyer Independence Advisory Committee for the Law Society of British Columbia.

Authorities in Hong Kong have recently arrested citizens there for protesting legislative changes imposed by the Chinese government. But recently, even lawyers have been arrested simply for representing people who participated in the demonstrations or who are critical of the Hong Kong administration or of Beijing. Those who value democracy and the rule of law should find this alarming, as the number of authoritarian states surges.

One of the features of authoritarian governments is that they become uncomfortable when citizens protest their actions – and even more so when the legality of their actions is questioned. In most authoritarian states, judges are not always fully independent of the state and therefore frequently side with the state’s decisions, but legal challenges can nevertheless make a regime look bad.

Most individuals would find it difficult to manoeuver through a legal system on their own, particularly when facing a state with significant resources to suppress anyone challenging it. Many of these people look to a lawyer to assist them through that process, and so authoritarian regimes can most easily prevent a case brought against it by preventing a lawyer from representing them. Warning against taking on cases involving the government is an effective approach to discouraging lawyers; jailing lawyers, stripping them of their ability to practise law and submitting them to the possibility of severe depredations, perhaps torture, is even more effective.

China has been doing this for a number of years. Because the state controls the licensing of lawyers in China, some lawyers representing clients who challenge state activities have simply had their licences taken away. Persistent lawyers, or ones who act on matters of particular sensitivity, have been arrested. A number of human rights lawyers have been jailed for crimes such as inciting subversion of state power. More ominously, some lawyers representing clients who challenge the actions of the Chinese government have simply disappeared.

When China assumed control of Hong Kong in 1997, it signed a declaration to keep its citizens’ rights and freedoms unchanged for 50 years. Now, midway through this commitment, the government in Beijing is walking away from its pledge. Recently, two lawyers representing democracy activists who were caught trying to leave Hong Kong for Taiwan reportedly had their licences to practise law in China rescinded by Beijing. In January, authorities raided a Hong Kong law firm and arrested more than 50 people – including a U.S. lawyer – ostensibly for “subversion of state power” in their role in the democracy movement; the firm had reportedly represented “several opposition figures.” Another lawyer, known for providing assistance to democracy protesters in 2019, was also arrested recently for helping activists caught trying to leave Hong Kong.

In Canada, lawyers are not governed by state authorities; law societies in each province regulate the legal profession and are independent of government. Only law societies may remove a lawyer’s ability to practise law, and this may be done only where the lawyer has engaged in professional misconduct, and only following a hearing that is governed by legal principles of fairness. A politician or a government official may make a complaint against a lawyer, but it is the law societies, not the state, that are responsible for investigating it. This is a significant protection against the rise of authoritarianism and ensures that the merits of legal actions are based on the rule of law, rather than on the preferences of those in power.

Hong Kong is currently caught between the encroaching authority of China and the rule of law, which is protected by lawyers who are independent from the state. While Hong Kong still maintains a law society that regulates lawyers in that region, there is a growing concern that state practices prevalent elsewhere in China are making incursions and interfering, if not overpowering, Hong Kong’s legal regulator and its authority. This is all to the detriment of lawyers acting freely and without fear of intimidation, even when the government is on trial.

Governing bodies for lawyers are sometimes criticized for not being accountable to the state. But what is happening in China and Hong Kong demonstrates the importance of the fundamental principle at their core: lawyers must be independently regulated, free from even the appearance of state interference. 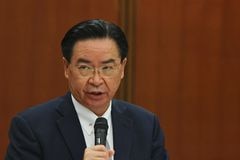 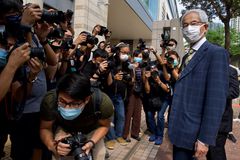 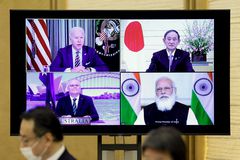