Voula Marinos and Jessica Jones
Contributed to The Globe and Mail
Published November 19, 2020 Updated November 19, 2020
Text Size
Please log in to listen to this story. Also available in French and Mandarin. Log In Create Free Account

Beyond all doubt, the April 2018 van attack in Toronto, for which Alek Minassian is charged with 10 counts of first degree murder and 16 counts of attempted murder, is one of the worst tragedies in Canadian history. It is difficult to fathom the toll on survivors and victims’ families, experiencing the senseless death of loved ones, injury, fear and despair. Mr. Minassian has admitted to the killings, but his lawyer argues he is not criminally responsible.

While the overt facts appear to be relatively cut and dried, the trial that is now under way will likely reveal the accused as a complex, multi-faceted individual with a condition called autism spectrum disorder (ASD), which affects social-communication ability and behavioural interests. Characteristics vary in intensity depending upon the individual, from no social desire to interpersonal difficulties, no speech to pragmatic language problems, and repetitive non-functional behaviours to intense interests and fixated ideas.

The accused has pleaded not guilty on account of mental disorder under section 16 of the Criminal Code of Canada. Statistics show that between 2005 and 2012, such verdicts based on this defence were not very common, ranging from seven to nine per 10,000 adult cases in Canada.

From a public perspective, and that of autism groups, there is fear that one of Canada’s worst tragedies will become an added calamity for those with ASD. How can someone who admitted to causing senseless harm and devastation, who appeared articulate in a four-hour police video, who gave a detailed recollection of the preparation, rationale and goals, have a disorder that rendered them incapable of understanding the gravity of their actions?

The law is also clear that mental disorder is a legal construct, not a medical one. Whether the defence in this trial is successful will depend upon evidence of the nature and intensity of the mental disorder or disorders presented by medical and other experts, which will be subject to all the rules of evidence. It is not a given that, if the individual has a medical diagnosis such as ASD or mental illness that caused impairment to their mind, they will be “off the hook” or avoid criminal responsibility. The onus is with the court to determine the presence of a mental disorder, and to what degree it influenced the offence.

It is reassuring that defence counsel Boris Bytensky explained in court that people with ASD are more likely to be victims than perpetrators of violence. This clarification is an important reminder to people with loved ones on the spectrum, and needs to be made clear in order to offset fears that ASD will now be seen as a disorder that leads to violence, or become a legal “card” to avoid criminal responsibility. Individuals with ASD are neither excluded from nor predisposed to violence, though the mitigating factors of any mental disorder can play an essential part in understanding violent behaviour.

Under the law, we’re all presumed to be rational decision makers unless evidence proves otherwise on a balance of probabilities (more likely than not). The standard in the Minassian case is whether he lacks the capacity to rationally decide whether the act was right or wrong, thus making a rational choice about whether to do it. The law is clear: the criterion to be met about whether an individual knows something is wrong is a moral standard, not a legal one. That remains the question for the court to decide.

Those on the autism spectrum and their families are understandably worried about stigma or distorted perceptions in the wider community. Let’s not turn a single tragic event into a further tragedy of misperception. Mr. Minassian, and not his disorder, will be tried on the specifics of his case alone, his assessment and his state of mind within the context of how he experiences his impairments and his resultant actions.

The condition known as ASD is not on trial. The accused is. 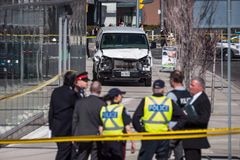 Prosecution argues father of man accused of van attack did not know him as well as he thought
November 20, 2020 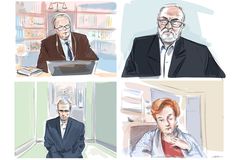 Father testifies Alex Minassian has not shown remorse for killing 10 people when he drove a van down Toronto sidewalk
November 16, 2020 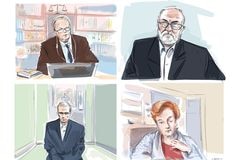