Doug Saunders
Published May 13, 2021 Updated May 18, 2021
For Subscribers
Text Size
Please log in to listen to this story. Also available in French and Mandarin. Log In Create Free Account

Do you remember the Middle East Peace Process?

It turns 30 this year. In 1991, the Madrid Peace Conference saw the world’s powers agree to a plan that would realize the 1947 United Nations resolution to create the twin states of Israel and Palestine, with Jerusalem as a shared capital. For three decades, the Madrid formula of “land for peace” – Israel withdraws its population to agreed-upon borders, Palestinians recognize Israel and renounce violence, with some return of refugees guaranteed – has provided the only plausible pathway to long-term stability.

This week’s appalling violence showed us just how little, if any, of that pathway remains.

The Israeli missile attacks on Gaza this week, which reportedly killed at least 49 people, including 14 children, were a response to the barrage of thousands of rockets fired on Tel Aviv by Hamas and Islamic Jihad, which reportedly killed at least six Israelis; these, in turn, appeared to have been triggered by the violence in Jerusalem, which was provoked by the government-tolerated move by Jewish settler groups to expel Arab families from their homes in Palestinian districts of East Jerusalem.

This week, in other words, was the inversion of “land for peace.”

It was also a predictable outcome of the deals struck last year between former U.S. President Donald Trump’s administration, Israeli Prime Minister Benjamin Netanyahu’s governments and some wealthy Arab countries – though without any Palestinian participation.

These agreements tore up key premises of the Peace Process. They allowed extensive Israeli settlements to be recognized; gave U.S. recognition to the whole of Jerusalem as an Israeli capital (making Jerusalem a twin Palestinian-Israeli capital has long been reserved as a reward for completion of the Peace Process); reduced the recognized territory of a future Palestine to an archipelago of disconnected reservations; and offered no resolution to the issue of returning Palestinian refugees.

The Trump agreements mean this week was more than just another spasm of violence. Without a real peace process to return to, or parties in power in Israel or the Palestinian territories that are interested in recognizing one another, there is little to stop this from escalating into a lasting war.

The Middle East Peace Process does remain an official reality, however. One of the Biden administration’s first foreign-policy acts was to return to the language of “Madrid.” Most other countries have stuck with it – in fact, Canada reiterated it last year, in response to the Trump deals: “Canada remains committed to…the creation of a Palestinian state living side by side in peace and security with Israel and ensuring Israel’s security within its own borders.”

There are two reasons why it should remain our official policy, even at this dark moment.

The first is because its failure can be traced entirely to poor leadership in Israel and among Palestinians – and that can change.

The original Peace Process came tantalizingly close to succeeding in the 1990s and 2000s, and its failure is traceable to one persistent factor: Benjamin Netanyahu. His rejection of the foundations of negotiated peace has crashed the peace-process initiatives of three U.S. presidents. This, in turn, led many Palestinians to turn to Hamas, a hateful organization that will never recognize Israel.

But Mr. Netanyahu has failed to form a stable government after holding four elections in two years and will likely fall this year to political defeat or criminal charges. While few other Israeli parties currently support the peace process, that’s largely because Mr. Netanyahu has strong-armed them into accepting his terms. Likewise, Palestinians are likely to hold their first elections since 2006, and it appears that Israel-recognizing Fatah will take the lead.

The second reason the Peace Process should remain our official policy is simple: the alternatives are worse.

The status quo of Israeli military control of Palestinian territory, as we saw this week, is disastrous for Israel’s security and reputation. Human Rights Watch, in a recent report, controversially defined this status as “apartheid.” That’s a word such respected organizations have previously avoided, because it has historically been wielded by antisemites and enemies of Israel. But if the current status became a permanent reality, it would not be inaccurate.

The other alternative, a one-state solution, has a growing constituency. In a much-discussed recent essay, Peter Beinart, editor-at-large of the magazine Jewish Currents, described what it would take to make that solution work: equal right-of-return laws for both Jews and Palestinians, both peoples who define themselves around “principles of intergenerational memory and historical restitution.” This would also likely make Israel a Muslim-majority nation.

Given those options, the ghostly, mythical language of Madrid remains our best option for discussing an end to violence. In another 30 years, we might hope to look back at its revival.

Opinion
What kind of country is Israel becoming?
May 18, 2021 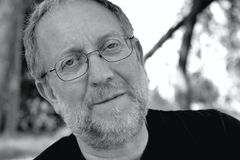 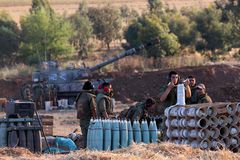 Explainer: How clashes in Jerusalem have sparked the heaviest Israel-Gaza fighting in years
May 12, 2021 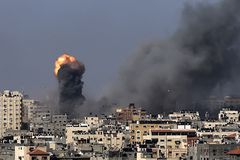