It’s a cruel irony that Senator Bernie Sanders’s Wednesday decision to drop out of the Democratic race for president came at a time when his political philosophies have never seemed more relevant and material to what’s happening now in the United States.

Along with the many countries that have effectively shut down to try to contain the spread of COVID-19, the U.S. has embarked upon its own “experiment with socialism,” as some have dubbed it – complete with grocery-store lineups and everything – in order to try to keep its people fed, sheltered and healthy long enough to survive an unprecedented global pandemic. The initial bailout package passed by the Senate last month clocked in at a gargantuan US$2-trillion. It is certain that will only be the beginning.

The global spread of COVID-19 has upended the social framework and economies of countries all over the world, but nowhere has it exposed the vulnerabilities of a first-world system as starkly as it has in the United States.

Business closures and layoffs in the U.S. have meant the loss of health-care coverage for those among the roughly 50 per cent of Americans whose insurance is tied to their employer. The newly uninsured in the U.S. now have to choose between extended COBRA coverage (if they can figure out how to pay impossibly high premiums without any income) or try to secure a marketplace plan (if they can navigate the bureaucracy while thousands of others all phone the same numbers, trying to do the same thing).

As a result, an estimated 1.5 million Americans, according to an article in the scientific journal Annals of Internal Medicine, have already lost their insurance, a figure that excludes family members covered through the same plan. Eventually, that number is expected to balloon as high as 35 million.

U.S. hospitals, meanwhile – many of which are businesses, remember – are suddenly being forced to balance the loss of revenue from lucrative elective procedures with massive new spending on infrastructure to try to cope with the pandemic. The federal government’s March stimulus package earmarked US$100-billion to keep both for-profit and nonprofit hospitals afloat, but as the virus continues to spread, more will likely be needed.

This is all to say that if ever there was a time for Mr. Sanders to bang his drum about Medicare for All, about the broken U.S. model of for-profit health care, about the absurdity of millions of Americans losing their health coverage right as a potentially deadly virus sweeps through the country – it would have been now, when those who might have been reluctant to listen before can actually see the practical merit of his arguments when they consider the lives of their loved ones and themselves.

And that’s not just the case with health care. Mr. Sanders’s advocacy of a US$15 federal minimum wage, which might have sounded far-fetched months ago, now seems essential (at least in the short term) considering how cities are being kept afloat by low-wage grocery-store, custodial, delivery and stockroom workers, among others. And Mr. Sanders’s aversion to international trade deals and insistence on good manufacturing jobs for Americans (the latter principle he shares, ironically, with U.S. President Donald Trump) now seems prudent in light of the recent scramble for domestic production of essential medical equipment.

Had the timelines of the coronavirus outbreak and the Democratic primary race lined up differently, perhaps Mr. Sanders’s “democratic socialism” would have made for a different campaign. But the end of his candidacy has been on the horizon for weeks, catalyzed by Joe Biden’s South Carolina revival in February and clinched by Mr. Biden’s Super Tuesday victories in March.

In announcing the end of his run for president, Mr. Sanders tried to buoy the spirits of his supporters by offering that, “While this campaign is coming to an end, our movement is not.” Perhaps that will prove true, particularly as Americans continue to see mounting hospital bills, giant lineups outside food banks and statistics about racial disparities in COVID-19 deaths – all of which lay bare the symptoms of entrenched inequality that Mr. Sanders has been railing against for decades.

Some countries are already on the path to keeping their coronavirus-related emergency measures beyond the course of the pandemic. Spain, for example, is looking to make its new universal basic income permanent. But the U.S., a country ever-resistant to radical change, may have a harder time repelling the instinct to snap back to normal, especially when its next president will either be the incumbent or the establishment challenger. The pandemic might prime a new cohort of Americans to be ready to receive Mr. Sanders’s messages. Unfortunately for his campaign, they came just a bit too early. 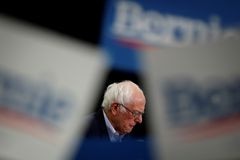 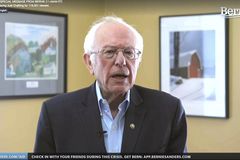 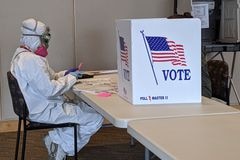