Niall Ferguson is the Milbank Family Senior Fellow at the Hoover Institution, Stanford

“How would you like to pay for that, sir?” For most of my lifetime, there have been three possible answers to that question: cash, a cheque or a plastic card. Go to Beijing, however, and you will see very few transactions in those forms. People pay with their phones, using digital payment systems created by the two biggest Chinese tech companies, Alibaba and Tencent.

And not only in Beijing. The Chinese way of paying is rapidly spreading around the world – from taxis in Tokyo to the Harvard gift shop in Cambridge, Mass. This is a big deal. Indeed, it could be a much bigger deal than China’s dominance of 5G telecommunications networks.

Since 1971, when Richard Nixon severed the last link between the dollar and gold, the world has been on a fiat monetary system (meaning the money supply is unconnected to any scarce reserve asset such as gold). Because of the size of the U.S. economy and its dominance of financial and commodity markets, the U.S. dollar has been the number 1 currency since that time. The financial crisis did not change that.

Confident in dollar dominance for the rest of history, American policy-makers have grown used to exploiting it as a lever of foreign policy. That financial sanctions were a very powerful tool was only really appreciated after 9/11, when U.S. Treasury officials went after the financial supporters of al-Qaeda.

People tend to focus on the seeming failure of the military interventions in Afghanistan and Iraq. But the assertion of American financial power after 9/11 was much more effective and less expensive.

Before too long, the U.S. was using financial sanctions against other enemies too, notably Russia, Venezuela and Iran, but even against friends (Switzerland for example) suspected of protecting tax-dodgers or other kinds of criminal, not to mention allies who wanted to trade with Iran. This power has grown increasingly irksome to other major economies.

Until recently, there seemed to be no real alternative to the dollar. Indeed, the world’s appetite for dollars and dollar-denominated securities has tended to grow even faster than their supply, resulting in a strong dollar and historically very low interest rates (as U.S. bond prices have risen). As Mark Carney, the governor of the Bank of England, said at this year’s Federal Reserve conference at Jackson Hole, this is not a satisfactory system. U.S. President Donald Trump also finds it unsatisfactory, but for different reasons: He would simply like to see a weaker dollar, but finds that he cannot unilaterally will that.

The advent of various kinds of digital currency creates a new state of affairs. Since the launch of Bitcoin, the world has seen a wave of monetary innovation. Crypto-currencies have proliferated. Many of these, it is true, have been mere experiments. Some have been downright frauds. And maybe it will turn out that blockchain as a technology has more appropriate uses than money. But those who have written off digital money will soon look as silly as the people who said the Internet would never replace the fax machine.

The proof is in China, where digital payment systems established by Alibaba (Alipay) and Tencent (WeChat pay) have grown explosively. Phase two of this story is the overseas expansion of Chinese fintech. One emerging market at a time, China is building a global payments infrastructure. Right now, the various systems are distinct national versions of the Chinese original. But there is no technical reason why these systems should not be connected internationally at some point. Indeed, Alipay is already being used for cross-border remittances.

If the U.S., is stupid, it will simply let this process continue until the day comes when the Chinese connect their various digital platforms into one global system. That will be D-Day: the day the dollar dies as the world’s number one currency, and the day the U.S. loses its financial sanctions superpower, not to mention its ability to finance trillion-dollar deficits at less than 2-per-cent interest.

If the U.S. is smart, it will wake up and start competing for dominance in digital payments. The shortest cut to a system to rival Alibaba and Tencent is called Libra, the digital currency proposed by Facebook which, with its 2.4 billion active users, is uniquely positioned to create something on a Chinese scale, and fast. This would not be a true blockchain cryptocurrency, but more like a digital currency in the Chinese style.

There are many obvious arguments against letting Facebook do this, not least its very questionable track record when it comes to harvesting and exploiting users’ data. However, something like this needs to happen, with the sponsorship and regulatory oversight of government.

Right now, the U.S. Treasury is opposed to Libra and the Federal Reserve seems skeptical. Last week the French Finance Ministry also gave Libra the thumbs-down. But these attitudes seem symptomatic of the risk aversion that presages decline.

History teaches is that power is inseparable from financial power. The country that leads in financial innovation leads in every way: from Renaissance Italy, through imperial Spain, the Dutch Republic, the British Empire and the United States since the 1930s. Only lose that financial leadership – just ask poor Mr, Pound, once worth US$4.86 – and you lose your place as global hegemon.

The U.S.-China rivalry today (what I call Cold War II) is currently too focused on trade and telecoms. Washington needs to turn its attention as a matter of urgency to the race for monetary leadership, which the United States is in danger of losing. 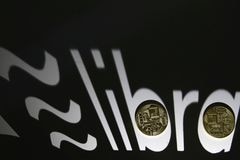 ‘It felt like a punch in the gut’: Scale-back of cryptocurrency venture Bunz stuns businesses, clients
September 13, 2019 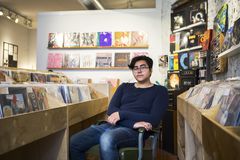 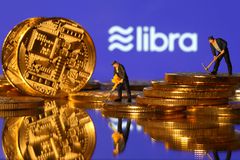