On Labour Day, Conservative Leader Erin O’Toole posted a video on Twitter that looked like it had been inspired by a certain factory-loving, free-trade-bashing U.S. President.

If Mr. O’Toole’s slogan sounded suspiciously like Donald Trump’s “America First” one, it was no coincidence. His populist pitch is aimed squarely at working-class voters, many of whom feel they are falling backward as old-economy jobs in manufacturing and resource development are eliminated.

It will be fascinating to learn how Mr. O’Toole thinks he can bring them back.

On Wednesday, Amazon announced the construction of new fulfilment centres in Hamilton and Ajax, Ont., that will employ 2,500 workers, bringing to 16 the number of such centres the internet retailer operates across Canada. The Ajax location is near the General Motors assembly plant in Oshawa that shut down last year after more than a century, and despite a bailout of GM by the federal and Ontario governments in 2009.

Still, Canadians will soon face a stark choice as Mr. O’Toole’s Canada First plan goes up against the Liberal government’s Sept. 23 Speech from the Throne. Prime Minister Justin Trudeau and Ms. Freeland have created such high expectations for the speech, promising an imaginative agenda to “build back better” after the pandemic, they dare not risk underdelivering. They intend to wear the “big government” label as a badge of honour.

These duelling Conservative and Liberal economic plans could then set the stage for a fall federal election. If the Opposition does not vote down Mr. Trudeau’s government on the Throne Speech, the Prime Minister could choose to ask Julie Payette to dissolve Parliament – which helps explain why he has taken to heaping praise on the country’s otherwise besieged Governor-General. He will need her approval to call an election.

The Liberals face obvious incentives to avoid a fall vote, given the unpredictable trajectory of a pandemic that continues to outrun the experts and an explosive U.S. presidential race that risks unsettling voters here more than any other typical American election campaign. Yet, many Liberals worry that the political landscape will be even more unfavourable for their party in 2021 and are pushing to go to the polls now rather than later.

After all, by next spring, Mr. Trudeau will be well into his sixth year in office and potentially smarting from a third Ethics Commissioner’s report deeming him to have violated the rules, this time relating to the awarding of a contract to WE Charity. The economy, meanwhile, is expected to have stalled as businesses and consumers hunker down for a glacial recovery even after a vaccine becomes available.

Perhaps the Liberals' biggest risk in waiting is that Mr. O’Toole could catch on with Canadians beyond the rock-solid Conservative base that stuck with the party despite Andrew Scheer’s uninspiring leadership. The new Tory Leader has already demonstrated more drive than his predecessor. He may not have the charisma it takes to make it onto the cover of Rolling Stone or The New York Times Magazine, but he is relatable and likeable in ways Mr. Scheer never managed to convey to Canadians.

Mr. O’Toole’s outreach in Quebec, where he has replaced MP Alain Rayes with former junior-hockey league coach Richard Martel as the Tory lieutenant, has already won him widespread coverage in the province’s francophone media. He remains even more unknown in Quebec than in the rest of Canada, but a Leger poll released this week showed a seven-percentage point drop in support since March for the Bloc Québécois, and an equal rise in support for the Tories.

That has plenty of Bloquistes concerned about Mr. O’Toole. The BQ won several close races in ridings outside Montreal in 2019, and it would not take much of a vote swing for those same ridings to fall to the Tories in the next election.

The Liberals would prefer to avoid that outcome almost as much as the Bloc. And that gives Mr. Trudeau another reason to knock on Ms. Payette’s door sooner rather than later.

Trudeau vows Canada won’t back down in softwood lumber dispute with U.S.
September 2, 2020 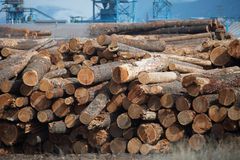 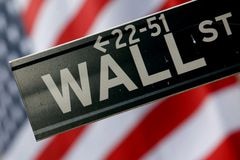