Getting a splash of credibility these days is the notion that Joe Biden will usher in a new era of far-reaching progressivism, just as Franklin Delano Roosevelt did.

Succeeding arch-conservatives Herbert Hoover and Calvin Coolidge, FDR’s subduing of laissez-faire capitalism touched off a big-government era which, encompassing the likes of Lyndon Johnson’s war on poverty, ran for more than four decades.

The era came to a close with the crippling economic stagflation of the late 1970s, which crushed Jimmy Carter and led to the ascendancy of Ronald Reagan, who preached small government, tax cuts and, as liberals saw it, a greed-is-good ethic.

The Gipper built on his big triumph in 1980 by winning 49 of 50 states in 1984. Sensing the nation’s mood shift, Democrats took to more moderate ways. Bill Clinton went Republican-lite. After George W. Bush, Barack Obama stirred hopes of a Rooseveltian turn but his progressivism was tempered. Fearful of a right-side backlash, he was hesitant to take on Wall Street and monopoly capitalism. The backlash came anyway in the form of Tea Party populism, which set the stage for the authoritarian demagoguery of Donald J. Trump.

With his lurid excesses, the conservative tide, which also extended 40 years, has ebbed – or so the theory goes – and a new cycle now dawns.

Two existential crises, the coronavirus pandemic and climate change, not to mention the worst economic contraction since the Second World War, necessitate a return to big, bold FDR-styled activism.

And President Joe Biden, having tacked moderate for no less than a half a century, comes on as the unlikely executor of the most leftist agenda in 90 years.

That agenda includes a mammoth economic stimulus program with government handouts galore; sweeping measures to confront the climate crisis; tax hikes on big money earners, on capital gains, on corporations; steps to institute a US$15-an-hour minimum wage for federal employees and contractors; plans for expanded medical coverage and a sweeping overhaul of immigration laws, including a path to citizenship for undocumented immigrants. A Canada-inspired child tax credit that would send monthly payments to most American parents is also in the works.

On climate change, the torrent of Biden measures, says Bill McKibben, a founder of the grassroots climate campaign 350.org, signal the death knell of the fossil-fuel era. It’s “the end of one epoch and the beginning of another.”

Much sounds promising for a long run of liberalism until some of today’s realities are considered, realities that Roosevelt did not have to confront.

Mr. Biden’s victory over Mr. Trump was not, by the numbers anyway, a realignment election like FDR’s big win 1932 or Mr. Reagan’s in 1980. He won by a much thinner margin. FDR faced a hostile Republican Party but not nearly as hostile as the troglodyte wing of today’s Grand Old Party.

This is the internet era, when truth is a moving target, when the public is much more susceptible to a sea of lies, when strait-jacketed party allegiances make consensus next to impossible.

This is not the 1940s, when Roosevelt had a world war to unify the country, to drive the economy, to secure his support.

Mr. Biden is governing under a constitution unsuited for the 21st century and subject to interpretation by a Supreme Court dominated by conservatives.

Many of Mr. Biden’s reforms are being taken through executive orders, which contradicts his vow to build unity through bipartisanship.

As he must have learned in serving eight years as Mr. Obama’s vice-president, gaining co-operation with the Republicans, whose policy agenda is completely at odds, is improbable. If Mr. Biden is to put many of his liberal reforms on the books, it will be through hardball tactics, which will enrage the right.

Mr. Biden, who is starting off with approval ratings much higher than Mr. Trump’s after his election, is 78. He may well have in mind a one-term presidency. That could play to his advantage, free him up, allow him to damn the torpedoes, and go for broke like Mr. Obama did not.

Political shifts follow cultural shifts. Given the multiple crises, given demographic ends, given the Trump crash-landing, the signs are that the zeitgeist tilts Democratic.

Much will depend on the strength of the opposition, on whether the Republican Party holds, or given its fractious condition, implodes. If it’s the latter, Democrats’ dreams of a long run at the helm are realistic.

Opinion
Hypocrisy is certainly a vice, but it is not the most important one
February 7, 2021 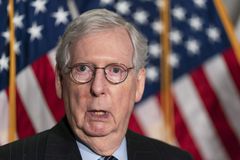 Opinion
The party of Lincoln takes a stand - in favour of crackpots
Subscriber content
February 6, 2021 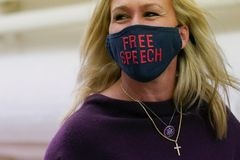 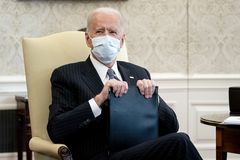