There are two big stories right now about black migrants in Britain, but only one is fun to pay attention to.

That would be that Meghan Markle, an American with a black mother and white father, is marrying Prince Harry. A beautiful, biracial commoner starring in a royal wedding is a fairy tale about race and Britishness the Crown can get behind. It’s a much better image than half a million black and brown citizens facing possible deportation.

But that, too, is currently happening: In fact, the Windrush scandal, as it’s known, became public around the same time as the Royal engagement, last November. That’s when The Guardian began publishing stories about people losing their health benefits, being put into immigration detention or being deported even though they had been citizens since birth.

These Britons were born in pre-independence Commonwealth countries, once considered far-flung parts of Britain itself. After the Second World War, when the U.K. was hit with a serious labour shortage, it appealed to the Queen’s global subjects to fill the void. Among the thousands that answered the call were the passengers of the MV Empire Windrush, which landed in June 1948 full of British citizens from Jamaica, Trinidad and Tobago and other Caribbean islands.

That ship’s name has become a rallying cry for a generation: West Indians, South Asians and others who were told that arriving before the early 1970s gave them “the right to remain” in their supposed mother country. The problem is that now, decades later, much of the Windrush generation don’t have the paperwork to prove when they got there.

Many were children when they arrived, travelling on their parents’ passports. Few knew that the government was in possession of ship landing cards that could prove their arrival date – or that in 2010, the U.K. Border Agency began destroying them.

Two years after legal proof that thousands of mostly non-white people had a right to be in the U.K. disappeared, then-Home Secretary (or immigration minister) Theresa May introduced “hostile environment” policies meant to deter unwanted migrants. At least 50,000 of the over 500,000 Commonwealth citizens who moved to the U.K. in the Windrush period don’t have British passports: thousands of lives have been disrupted.

Sylvester Marshall, for example, learned he was an “illegal immigrant” when he went to replace a lost driver’s license. Mr. Marshall, who has worked and paid taxes in the U.K. for 44 years, had his cancer treatment delayed when he suddenly became ineligible for health-care.

Most of these people are senior citizens now, and many have lost their jobs or their rental homes or been put into immigration detention. At least 63 people seem to have been wrongfully deported, dark-skinned collateral damage in Ms. May’s anti-immigration offensive.

Meanwhile, Kensington Palace has bravely embraced its first openly non-white family member (rumours swirl about the possible African ancestry of Queen Charlotte, born in 1744). Prince Harry told the tabloids to stop being mean to his girlfriend, Princess Michael of Kent was made to apologize for wearing racist jewellery and the rest of us are supposed to be impressed.

Many are accepting these crumbs from the royal table, such as young Tshego Lengolo, who lives in working-class southeast London. The 11-year-old told the New York Times that she knows what it’s like to move to a new country, and that she’s ready to be Ms. Markle’s friend. My heart hurts for children fooled by such sad scraps of belonging, but I have no time for adult women penning paeans to the first “black princess.”

First of all, Ms. Markle will likely be given the title of duchess, which is a yawn. More importantly, like Kate Middleton and Diana Spencer before her, she’ll be giving up her career to be a wife. None of the bridesmaids in her wedding party will be little black girls like Tshego, and any children she bears will never reach the throne.

As far as updating the monarchy as a symbol for the modern world, these nuptials are fairly surface level − especially in a country coping with a scandal like Windrush.

Ms. Markle isn’t jumping the citizenship queue: becoming officially British will take her about three years. Perhaps that’s enough time for the Windrush generation to achieve fairness. There’s been a flurry of apologies and resignations, and talk of compensation is growing louder.

Will those who lost their jobs be given back pay? Will Mr. Marshall survive his cancer? By 2021, Ms. Markle will officially be a black Briton and, maybe, the Windrushers who were sent away will have made it back home.

Royal wedding: What’s happening, who’s paying, why it makes some people mad, and how it includes the Mulroney family
May 18, 2018 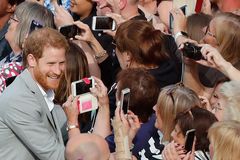 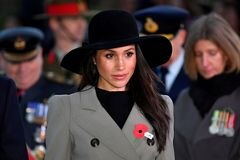 Royal wedding reading list: What you should know before Prince Harry and Meghan Markle’s big day
May 18, 2018 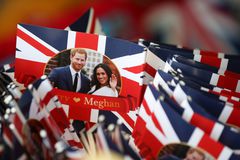