Livio Di Matteo is a professor of economics at Lakehead University.

For more than 100 years – ever since Thunder Bay’s golden age of development, even before the merger of the cities of Fort William and Port Arthur, and the townships of Neebing and McIntyre – the Bombardier plant, originally owned by the Canadian Car and Foundry Company of Montreal, has been a fixture on the city’s south side.

With the establishment of national infrastructure for east-west grain transportation, the plant built rail boxcars that moved grain to Thunder Bay’s massive waterfront elevators, and it became woven into Thunder Bay’s economic identity as a manufacturing and resource hub.

During the Second World War, the site churned out hundreds of fighter planes for the war effort. After the war, it transitioned to an urban transit role, producing rapid-transit cars for the Toronto Transit Commission and light-rail vehicles for its streetcar system. By the 1970s, the company was building the first bi-level cars, which are now common along GO Transit’s Oshawa-Burlington commuter corridor.

In the next decade, the plant site transferred to the Urban Transportation Development Corporation (UTDC) – an entity of the Ontario provincial government – and in 1992, Bombardier acquired the plant. The 1990s brought substantial modernization and investment, and since then the facility has continued to produce crucial transportation infrastructure for major customers across Ontario and around the world: subway cars, streetcars, light-rail vehicles and bi-level cars.

But now, there are deep layoffs coming at the plant. More than 500 people will lose their jobs in November, and more job losses may yet come if Bombardier isn’t able to acquire new transit contracts. And not only are the layoffs a blow to the cultural psyche of a city that’s still reeling from a previous economic crisis, they’re also a blow in terms of loss of employment and income – and they undermine Thunder Bay’s urgent and necessary efforts to diversify its economy.

In the early 2000s, technological changes in the forestry industry reduced the need for workers, while higher costs for energy and transporting wood to sawmills and pulp-and-paper plants conspired against what was once the primary economy in Thunder Bay. Since then, three out of Thunder Bay’s four pulp mills and a major sawmill have been shuttered.

Employment in the city dropped by nearly 5,000 jobs between 2003 and 2010, and recovery has only picked up steam since 2014 because of economic transition. There’s been growth in mining, health, food and accommodation services, as well as in the public sector.

Postsecondary education institutions like Lakehead University have created opportunities by serving international students. Tourism and regional service are part of the picture, too. And the broader public sector has become a crucial piece of Thunder Bay’s economic puzzle, comprising nearly 30 per cent of the city’s employment. Still, Thunder Bay is not where its employment level was in 2003, before the forest sector’s tumble.

With a current employment level of approximately 63,000 jobs, a drop of 550 well-paid and skilled jobs represents nearly 1 per cent of the employment level. Indeed, were the entire plant to shut down in the absence of new contracts, the loss would be nearly 2 per cent.

Of course, one solution for the plant would be new urban transit contracts and a diversification of its customers internationally. However, given current trade upheaval and relationships with the United States, Asia and around the world, it will take a great deal of work by Bombardier’s leadership to get new customers. Given the fact that it’s been decades since a major modernization occurred at the plant, and the myriad financial pressures the company faces, one wonders how committed Bombardier actually is to its continued manufacturing presence in Thunder Bay.

For the city, the past two decades have been a constant economic dance: one step forward, two steps back. As its traditional resource and transportation sectors shed employment because of changing markets and technological change, Thunder Bay has diversified into new areas, a crucial aspect of its plans for employment recovery. Yet, as soon as some progress is made, it appears a new economic challenge comes onto the horizon and modest gains are assailed.

So, Thunder Bay will need to keep working hard. A little luck wouldn’t hurt, either. 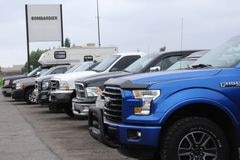 A short history of Bombardier in Thunder Bay
July 10, 2019 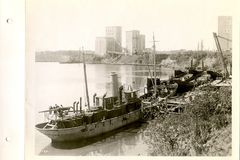 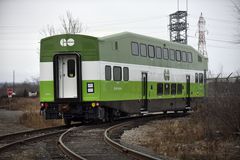