Errol Mendes is a professor of constitutional and international law at the University of Ottawa and editor-in-chief of the National Journal of Constitutional Law.

After Wednesday, when Boris Johnson is almost certain to take office as the next British prime minister, Britain could be faced with one of the gravest constitutional crises in its history. Mr. Johnson has stated that he is committed to taking Britain out of the European Union even if it means exiting without a deal on Oct. 31, which could trigger a lasting economic downturn. He made this commitment even though Parliament, across party lines, voted against a no-deal Brexit.

With the very limited time between his election as prime minister and Britain walking off the Brexit cliff, there are very few options left to prevent a no-deal Brexit. The only feasible one is a revocation of Article 50, the law that triggered the process of leaving the EU. There is likely not enough time for other possibilities, such as the election of a new prime minister who would revoke Article 50 or the unlikely successful renegotiation of the deal proposed by outgoing Prime Minister Theresa May.

The most likely way for Mr. Johnson to obtain his desired no-deal Brexit is to prorogue Parliament against the overwhelming wish of MPs. He has refused to rule out such an undermining of Parliament and thus could trigger a constitutional crisis.

This potential crisis echoes a similar event in Canada, a 2008-09 constitutional dispute. The opposition parties, having a majority of seats, intended to defeat the Conservative minority government on a non-confidence motion and establish a minority coalition government. Prime Minister Stephen Harper, seeking to ignore the will of the House of Commons, went to Governor-General Michaëlle Jean and asked for prorogation.

Several of Canada’s leading constitutional experts, along with Liberal opposition leader Stéphane Dion, who would have been the coalition’s putative prime minister, warned that such a prorogation would be a blow to parliamentary democracy. He and other experts warned that granting the prorogation would set a precedent for future abuses of power. After a two-hour-plus meeting between Mr. Harper and Ms. Jean, who also sought advice from a constitutional expert, she granted the prorogation on the condition that Parliament reconvene earlier than usual, on Jan. 26, 2009.

My main opposition to the prorogation in 2008 was that the precedent could also be used to avoid other troublesome issues that a prime minister may face in the House of Commons. That prediction came to pass with Mr. Harper’s second undemocratic prorogation on Dec. 30, 2009. That early decision to shut down Parliament was to avoid the continuing scrutiny of a House committee over the transfer of Afghan detainees in Afghanistan.

Canada has demonstrated to British parliamentarians that allowing Mr. Johnson to undermine the will of the elected members of Parliament by prorogation not only undermines the foundations of democracy, but sets up a terrible opening for the abuse of power in the future. There is a reason why, apart from the doomed attempts of Charles I to prorogue Parliament in the 17th century until Mr. Harper’s prorogations, there was no precedent in any democracy, anywhere in the world, in which a parliament was shut down to hide from a vote of confidence.

The majority of the British House of Commons should do everything in their power, including sending their concerns to the Queen, that Mr. Johnson should not be allowed to follow the example of our former prime minister. I have suggested at a Canadian parliamentary committee that there should be a standing order in our House of Commons that, in a minority government situation, the prime minister cannot request prorogation unless a majority of the elected members agree. I hope there is time for Britain to implement this rule and have the Queen enforce it. 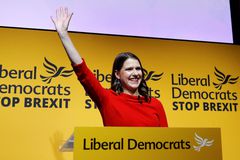 The Pound is a Brexit barometer and it’s not looking great right now
July 22, 2019 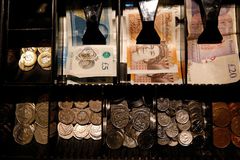 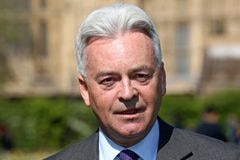