In the largest possible moral universe, one could spare a thought for chucklehead Rick Santorum, purveyor of boring idiocy, as he tried recently to paint the Democrat-targeted serial bombing spree as a failure of “both sides” of the American political divide. As Nobel laureate economist Paul Krugman has noted, he thereby fell into the “almost pathological” temptation of current political discourse. (I’d cut the “almost.")

Bothsidesism is the most egregious rhetorical tactic of the allegedly moderate Republican mainstream. It is intellectually dishonest, and betrays a moral emptiness that ranks with the nastiest of U.S. President Donald Trump’s outright lies – only arguably worse, for pretending to be on the surface reasonable.

First, there are not two sides. American pundits love to present the political world as Manichean, as if light and dark, yin and yang, constantly battle for supremacy over the soul of the nation. This is simply untrue. Many of my friends consider the current Democratic establishment, in particular as embodied in Hillary Clinton, corrupt and power-hungry. They don’t want to lock her up, they just yearn for a candidate who represents a real vision of justice. Many Republican voters – not the same thing as Republicans – realize they made a tactical error in taking Mr. Trump seriously. We will see all of this shake down in the imminent midterm elections.

More importantly, when there is harm to the body politic, it is not always, maybe ever, a matter of equal responsibility. Mr. Trump and his perpetually aggrieved press secretary, Sarah Huckabee Sanders, may continue their manufactured outrage as long as they want, but it is clear to any sane person that presidential craziness fuelled the bomb attacks, and likewise the mass shooting at a synagogue in Pittsburgh. The anti-immigrant, anti-press, anti-birthright, pro-body-slam, pro-border-police President cannot wave that away. He is causal in all these attacks; he aids and abets. Nobody on “the other side” bears anything like the same responsibility.

That is true no matter what. It is doubly, or triply, true because this man is the President of the United States. The day after the Pittsburgh shootings, Mr. Trump took time out of his busy tweeting schedule to scold Dave Roberts, manager of the Los Angeles Dodgers, for pulling his starting pitcher too soon in a World Series game.

Donald Trump: Manager of Everything – everything except what actually matters, like the effect his toxic words have on disaffected white men in their forties and fifties, looking for ways to express rage and alienation.

Mr. Make America Great Again has shown himself to be a master of bothsidesism, nowhere more obviously than in his reaction to the 2017 neo-Nazi rally in Charlottesville, Va., which ended with one woman dead and dozens injured. “You had very fine people on both sides,” Mr. Trump said then, presumably congratulating himself for recognizing fineness in anti-hate protesters rather than noting the wackadoodle presumption of fineness among skinheads. Make it great!

Equivalency arguments are a sign of ethical infancy. They’re the fancy version of “I know you are, but what am I?” – the schoolyard taunts of losers who know their position is untenable. Like victim-blaming, victim-playing and dog-whistling, all of which Mr. Trump excels at, they should be rooted out for the shameless moral and political puerility they are.

Here’s the central problem with bothsidesism: When everybody’s responsible, nobody’s responsible. It seems bizarre even to have to say this, but: no, no, no. No, because Mr. Trump foments hate. No, because the corrupt Republic Senate, which currently represents an historic low of popular support, is responsible for the confirmation of Brett Kavanaugh, now a risk to women’s right to choose what happens to their bodies. No, because those people who voted for Mr. Trump, whatever their motivations or current regrets, bear responsibility for the havoc this twisted and narcissistic person has unleashed upon their nation and everyone’s world. Just no. Stop it.

There is no “other side” here. Mr. Trump has blood on his hands. He has deliberately and gleefully poisoned the well of American democracy. That is simply a fact, a concept Mr. Trump dislikes. Rick Santorum, or anyone, can blather on about sharing blame until he convinces his dog and his mom that he’s telling the truth. But he’s not. His mom is still with us, at age 100, if you can believe. Good for her! It’s obviously not her fault that he grew up to be a moral halfwit. He’s only 60; maybe one day he’ll figure it out. 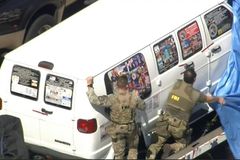 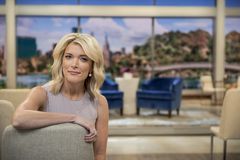