Wesley Wark is an expert on national security and intelligence and currently a visiting professor at the Centre on Public Management and Policy at the University of Ottawa. He provides consultancy advice to Canadian universities on strategic policy for cybersecurity research.

The British government announced on Tuesday its long-simmering decision on Huawei and next-generation 5G telecommunications development. This is a decision that will ring around the world – in Beijing, in Washington and in Ottawa.

The British authorities have decided to identify Huawei as a High Risk Vendor (HRV) but allow it a “restricted role” in building 5G networks. The security restriction is meant to keep Huawei equipment and software out of the more sensitive core elements of the network, which involve data management, storage and routing, while allowing Huawei to contribute to periphery hardware elements (antennae and base stations) – an essential but less sensitive part of the system.

Under the new British rules, Huawei equipment will only be allowed to constitute a maximum of 35 per cent of the total network periphery. Network providers will have three years to sort this out. Huawei will also be prevented from contributing any telecommunications gear to sites deemed to be infrastructure critical to national security (government operations, military bases etc.).

The decision is both expected and surprising. The previous Conservative government of Theresa May had come to a similar decision but was stymied by media leaks, which led to the downfall of a cabinet minister and a virulent political debate. No one could guess whether Boris Johnson would follow in Ms. May’s tracks and especially whether he would feel able to resist the intense U.S. pressure campaign to have Britain ban Huawei altogether. That campaign featured visits by high-level U.S. security officials, briefings on secret dossiers and even, according to media reports, a personal call between U.S. President Donald Trump and the Prime Minister. A pressure campaign targeting a close Western ally doesn’t get any more intense than that.

The threat raised by the Americans was loss of trust in Britain as an ally and, in particular, a cut-off from the vital intelligence-sharing arrangement known as the Five Eyes, which dates back to a postwar agreement signed between the two countries in 1946.

The British decision may mollify Beijing – or that at least must be the hope in London. Post-Brexit Britain will be looking to enhance its trade with China. The Chinese government, as Canadian officials know well, has deemed Huawei a “national champion” and exemplar of China’s new technological stature in the world.

The partial ban on Huawei will not mollify hard-liners in the Trump administration and Republicans in Congress, but the British government hopes that it will be understood and supported by the U.S. intelligence community and private sector. What Mr. Trump will do in response to the failure of his pressure campaign will be fascinating to watch.

In Ottawa, all eyes will be on the British decision and on Washington’s reaction. Britain’s 5G announcement has long been awaited and may be considered a shield by the Liberal government, should it consider adopting a similar policy on Huawei.

Public Safety Minister Bill Blair, who plays a key role in the 5G decision, has indicated that Canada will base its policy on national-security calculations, but will also consider economic and geopolitical factors (read: U.S. and Chinese reactions).

The British decision provides a model that sensible Canadian policy should quickly follow to ensure that Canada does not lag in 5G implementation. 5G will ultimately revolutionize lives, at least in major urban centres. All advanced countries will want to be leaders and innovators, not laggards.The model is one of identifying security risks and mitigating them, not practising blanket bans with serious economic costs more for political and ideological purposes(and pleasing fair-weather allies) than security reasons.

If the Canadian government does follow the British path, there will be lots of work to do to adapt the philosophy of risk-management to Canadian circumstances. Decisions will have to be made on how exactly to define restrictions on companies like Huawei, how to establish security standards for all 5G providers, how to test and monitor compliance with security protocols, and how to regulate and protect data flows and try to erect some walls around Canadians’ privacy in a 5G world. Big government – at least in the sense of regulation, law and monitoring – will have to find ways to deal with potential Orwellian 5G Big Brothers.

A 5G decision, taken on its own security terms, may also provide an opening for the Canadian government to apply additional pressure on the Chinese government to release the two Michaels; Mr. Kovrig and Mr. Spavor have now been detained for more than a year. This is not linkage politics or an appeasement-style “prisoner exchange” but a simple message to say that Canada makes its own sovereign-security decisions, is not a cat’s paw of the U.S. and is not animated by anti-Chinese sentiment. 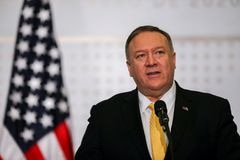 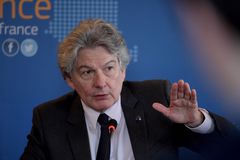 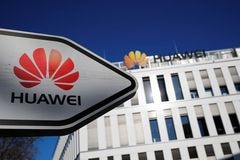