Is Britain stuck this way?

After this week’s parliamentary drama of unrehearsed brinkmanship and botched rescue plans, it’s time to ask that question.

For three years, the United Kingdom has effectively been reduced to a single-issue country, all but absent from the great events of the world and unable to solve many of its own problems. This sudden deflation of a once-important country has been the most avoidable of tragedies – the purely self-imposed result of its ruling party’s determination to pursue a 2016 opinion-taking exercise to its ultimate conclusion.

Not even the most ardent believers in that conclusion – “Brexit” – can agree what it really ought to be, what useful purpose it could possibly serve or when it will be reached. Even if MPs are able to agree next week to a transition deal with the European Union, and the other 27 EU countries agree to let Britain postpone the scheduled end to their relationship long enough to let such a deal take effect, that will only be the beginning of the beginning. Negotiating the trade and political terms of actual independence will take much longer – Canada took more than 10 years to reach a simpler and more friendly deal with Europe. Britain could lose an entire decade.

The only thing that could break British politics out of this recursive loop of self-erasure would be a second referendum with a positive result, or a sudden political decision to walk away from the omnishambles and cancel Britain’s invocation of the EU constitution’s Article 50. Those seemingly self-evident solutions are being avoided by British politicians because leading figures in both major parties share an underlying fear that their voters – at least those in pro-Brexit England – really meant it. That is, they are resigned to the notion that this was an inevitable and repeatable product of deep-seated English beliefs.

But was it? A lot of scholarly and journalistic attention has been paid to the so-called “left-behind voters,” those alienated, low-information individuals, overwhelmingly older white men with working-class family histories, whose disenchantment with mainstream left-wing and right-wing politics has made them vulnerable to widespread conspiracy theories about immigrants, minorities, crime and Europe.

Those fears were amplified and given credence by Britain’s tabloid media and by the highly xenophobic pre-2016 messages of Britain’s Tory party – for example, the immigrant-targeting vans painted with “go home or face arrest” messages that were the signature work of then-home secretary Theresa May. Then-prime minister David Cameron’s ill-considered attempt to neuter his party’s far-right flank with a referendum on EU membership gave these voters a rare chance to express their disenchantment with a symbolic act of revolt.

Many British analysts, including those within the Conservative and Labour parties, have argued that the mainstream parties made a mistake by supposedly turning away from these voters, and should have pandered more to their fears and anxieties, perhaps by taking more seriously their delusions about newcomers and minorities.

Their underlying assumption is that the “left-behinds” are a permanent fixture on the British landscape and that the only solution is to accommodate them. This ignores the most prominent fact about these voters: Their numbers have dwindled fast – from more than half the electorate a generation ago to about one in five today – as Britain has become a middle-class country. And they could have dwindled faster.

In one of the most detailed big-data statistical analyses of the 2016 referendum, University of Leicester actuarial scientist Aihua Zhang found that the most decisive factor in Britain’s Brexit decision was not the age or gender of voters but their education rate: “An increase of about 3 per cent in the proportion of British adults [with] higher education in England and Wales,” she found, “could have reversed the referendum result in the U.K.”

In other words, if British politicians had chosen to invest in relatively minor increases in the education rate, and in the financial support that makes it easier for people to pursue higher education, they could have reduced this population to an electorally insignificant rump. This wouldn’t mean bringing Britain’s higher-education rate up to the levels of Canada (about 10 percentage points higher) – in fact, if Mr. Cameron and Ms. May had simply avoided their post-2010 decision to cut education spending by 8 per cent, that alone might have averted the Brexit disaster. Britain’s Tories didn’t ignore the left-behinds: They embraced and coddled them, and failed to diminish their numbers.

This is the test for politicians across the Western world: Whether to appeal to the prejudices of those left-behind voters, or to have the foresight to transform more of them into “moved-aheads” who don’t poison politics. We now know the consequences of that decision, as Britain spirals into the distance. 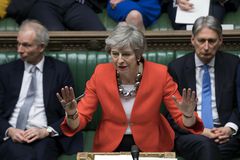 With Brexit only 15 days away, British MPs vote overwhelmingly to seek a delay
March 14, 2019 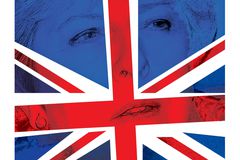