While governments in Canada, the U.S. and many European countries are pretty much in lockstep in shutting down schools, cancelling sporting events and otherwise banning large gatherings to control the spread of COVID-19, Britain is considering a radically different approach: It plans to protect those at risk while allowing the rest of the population, and economy, to carry on with relatively few restrictions.

The new coronavirus will be recurring annually and the current crisis will last until spring of 2021, according to British virologists, who characterize the measures adopted by other countries as shortsighted, extreme and have the potential to backfire.

“If you suppress something very, very hard, when you release those measures it bounces back and it bounces back at the wrong time,” Britain’s chief scientific adviser, Sir Patrick Vallance, told the BBC last week. His plan – supported by Prime Minister Boris Johnson – is to take the long view and recognize that the best protection for those vulnerable to COVID-19, as with other coronaviruses, will be herd immunity, or a general immunity of the population at large.

In the short term, before the herd has been able to safely acquire immunity, Britain intends to isolate those with underlying conditions and everyone age 70 or older for four months, to protect them from the ravages of a disease that their aged immune systems can’t cope with.

In the meantime, the healthy population whose immune systems are up to the task – those under 70 and without underlying conditions – will fight off COVID-19 on their own, and it often won’t be much of a fight “because the vast majority of people get a mild illness [after which] people are immune to this disease and we reduce the transmission, at the same time we protect those who are most vulnerable to it,” Dr. Vallance explained.

“Communities will become immune to it and that’s going to be an important part of controlling this longer term,” he said. “About 60 per cent is the sort of figure you need to get herd immunity.” The coronavirus won’t stop at 60 per cent, though, according to the British scientists. Models promoted by Dr. Vallance and Britain’s chief medical adviser, Chris Whitty, indicate that 80 per cent will ultimately become infected. The trick is to limit that 80 per cent to those who can be safely immunized, since infection for the others could mean death.

In bucking the conventional wisdom, the British scientists, along with leading virologists and the government’s Scientific Advisory Group for Emergencies, point to data showing that the sweeping measures taken in other countries do little if anything to slow the spread of the coronavirus.

“As the chief medical officer said, and I have been advised, the evidence tells us that stopping mass gatherings doesn’t have a huge impact on the spread of the virus,” stated Health and Social Care Minister Helen Whately, adding that despite others’ criticisms, “We are following the evidence.”

There in fact is no shortage of critics, 229 of whom signed a well-publicized letter criticizing the government’s herd-immunity approach and calling for the social-distancing strategy employed by other countries. The signatories come from numerous disciplines, among them mathematics, physics, astronomy, environment, law and business.

Ironically, the list includes no expert known to understand the spread of disease. These critics may be winning the debate, however – as coronavirus deaths mount, the political pressure on the government to adopt immediate draconian measures intensifies, irrespective of the scientists’ view that, without herd protection, COVID-19 won’t be tamed for long. British public opinion now favours strong action.

Some reports have Prime Minister Johnson retreating from his early staunch support of his scientists’ analyses, and acceding to the critics’ demands. On Monday, he seemed to be already changing course, telling all citizens to "stop nonessential contact with others, and to stop all nonessential travel.”

The debate being played out in Britain is unique; virologists in no other country, certainly not Canada, have brought this issue out in the open. Yet if open-minded debate to arrive at scientifically sound answers was ever called for, the time is now. If the British virologists are right, if major lockdowns are not only futile but counterproductive, and if the coronavirus pandemic might be with us until the spring of 2021, and then recur annually afterward, the prospect of indefinitely quarantined societies and economies is untenable. 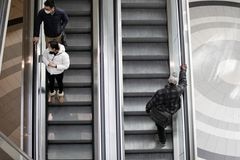 Opinion
We are now all social distancing because of coronavirus. I’ve been doing it for a decade
March 20, 2020 Opinion
Are jacked up prices of hand sanitizer immoral? It depends
March 16, 2020 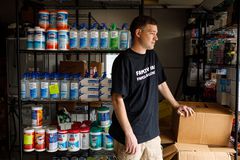