Damien Lee, who was adopted into Fort William First Nation as a baby, is an assistant professor in the sociology department at Ryerson University and an associate fellow at the Yellowhead Institute. Jana-Rae Yerxa is Anishinaabe from Couchiching First Nation.

After two years and too many Indigenous deaths in Thunder Bay, we now know whether systemic racism affects the local police’s relationship with Indigenous peoples in investigations of missing persons and sudden deaths.

A report from the Office of the Independent Police Review Director (OIPRD), entitled “Broken Trust,” has been long-awaited by many in the city. And so, on the morning of its release, we reached out to friends and family. The anticipation was cause for us to hold space for one another. Even when you know the truth, it requires preparation to hear it spoken outside of ourselves. As we held our breaths for this truth to be acknowledged, the heaviness became heavier.

The report made one thing clear: Systemic racism against Indigenous peoples exists within the Thunder Bay Police Service. And this is one of the things that renders Indigenous life in Thunder Bay less valued to some.

“Broken Trust” makes 44 recommendations based on a review of 37 police investigations, as well as interviews and submissions from the public. The OIPRD called for nine cases of Indigenous sudden deaths to be reinvestigated, as well as a number of other ways the Thunder Bay Police Service can address its systemic racism.

This is deeply validating for those of us who feel the police are indifferent to Indigenous life in Thunder Bay. This validation can also be crushing. Many are crying – out of love, out of sadness and in remembering their family members whose deaths may not have been taken seriously by police for years. This is a natural reaction: Settler colonialism only prolongs any real reckoning with grief.

We welcome this report and commend the OIPRD for naming colonialism and racism where it exists. We honour the leaders and families of Rainy River First Nations, Fort William First Nation and Nishnawbe Aski Nation for pushing tirelessly to expose this racism in northwestern Ontario.

We also take issue with the core premise of Indigenous “sudden deaths,” when really, these deaths have been a long time in the making.

The Indigenous peoples of northwestern Ontario are resilient. Anishinaabeg and Mushkegowuk have successfully resisted ugly and intergenerational attempts of erasure and elimination, such as Indian residential schools, Indian day schools, the Sixties and Millennial Scoops and treaties wilfully interpreted in ways that assert European dominance over Indigenous lands and peoples.

While “Broken Trust” rightly names colonization as the root cause of systemic racism, more can be done to raise police awareness about how colonization manifests in Canadian institutions such as policing.

Specifically, we are concerned recommendations 36 and 37 – which suggest cultural competency and anti-racism training for Thunder Bay police officers – might not go far enough. With these recommendations, the OIPRD suggests Thunder Bay police officers should learn more about Indigenous histories, spend time within First Nations communities and more.

But here’s the thing. Simply learning about the Other does not shine light on how one gained power in the first place, nor does it expose how white supremacy is both over-policing and under-policing Indigenous and black communities in Canada.

Instead, what would cultural competency training look like if it accounted for white supremacy, heteropatriarchy and settler colonialism in addition to learning about Indigenous cultures? Would this be “training” at all, or might such an approach be better described as fostering accountability and just relations?

We don’t mean to get too heady here. But as educators who teach about settler colonialism and Indigenous issues on a daily basis, we see this story play out far too often. Solutions to anti-Indigenous racism and anti-blackness in Canada suffer from a type of politeness that refuse to flip the lens back on to those who benefit most from settler colonial violence.

Seen in this way, there is nothing “sudden” about Indigenous deaths in Canada. This is why building awareness about how colonialism moves through policing and other institutions is so important. Understanding colonialism is more meaningful than having competency in someone else’s culture.

The OIPRD’s report will now become an important and stable platform for Indigenous people to stand on when calling for change in Thunder Bay. And with it, systemic racism no longer has a hiding place. 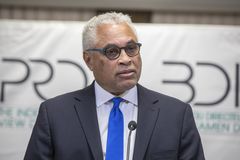 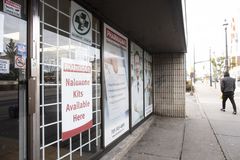