Gordon Harris is an urban planner, author of Building Community, and a former member of the BC Arts Council.

Less than two days after a series of seven billboards displaying photographs by internationally acclaimed Canadian artist Steven Shearer appeared along Vancouver’s Arbutus Greenway, they were covered up. You might even say they were censored.

The billboards were a featured public installation for this year’s Capture Photography Festival. Each presented an image of a person sleeping. These arresting photographs, at such a large scale, provoked an immediate public response.

To be clear, there was nothing pornographic, nothing violent in the images. Capture’s festival catalogue notes that Mr. Shearer’s seven photos “recall the poses found in religious paintings and sculpture, wherein bodies appear to be in states of ecstasy or seem to defy gravity, as if they are floating, having been released of their earthly bonds.”

Yet, some Vancouverites, out to enjoy all that this bucolic Westside greenway has to offer, took offence. As James Stewart’s character, Macaulay Connor, said in the 1940 film The Philadelphia Story, “The prettiest sight in this fine pretty world is the privileged class enjoying its privileges.” It seems, 80 years on, that the privileged class here may still only want to see pretty things. They don’t want the pleasure of their privileges disrupted by disturbing images.

It is easy to imagine that some might perceive the photographs as disturbing. Perhaps the images look a little too much like a reflection of people’s image of Vancouver’s homeless population? Perhaps the billboards’ Westside neighbours thought, “These aren’t our people, what are they doing here?” Art should ignite a reaction, but the reaction shouldn’t be to hide it.

Indeed, the Capture catalogue describes Mr. Shearer’s photos as “a subversive and poignant commentary on the ways in which so many banal moments of our lives in contemporary society are made accessible for public consumption.”

Perhaps the real subversion (“the undermining of the power and the authority of an established system or institution,” according to the Oxford English Dictionary) lies in the tyranny of a few cranky e-mails and social-media comments robbing the rest of us of the opportunity to engage in a real conversation about art and its power to provoke – to make us think.

Covering up these evocative images doused any opportunity for meaningful discussion and debate. I worry about the harm this does to art and to artists when we let the fear of art kill the conversation.

There is the tyranny of the few who commented. There is also tyranny in the decision to capitulate in the face of criticism. In a statement on the covering up of the billboards, Capture’s executive director, Emmy Lee Wall, called the decision “disappointing.” She notes that the decision was made by Pattison Outdoor, the owners of the billboards, in response to public complaints, implying that the Capture Photography Festival had no choice. In a public statement Ms. Wall quite rightly asks how we can balance artistic freedom with the concerns of a few individuals, and how we can engage in “meaningful, constructive dialogue around images that make us uncomfortable.”

What is offensive is the censorship, not the seven photographs. Now that the images are out of sight it is much harder to have any meaningful, constructive dialogue around them and the meaning they might convey. Instead, we are being told to forget it, move along, sorry to have bothered you.

But we should be bothered. We should, in fact, be alarmed. Censorship by whoever made the decision to hide Mr. Shearer’s art needs to be challenged. The owners of the billboards and Capture all seem determined to play it safe and let the problem quietly go away. Now is the time to do just the opposite. Now is precisely the time to start the difficult and challenging conversations. Because if we don’t, if this kind of quiet censorship can happen here and now, what gets censored next? 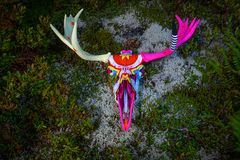 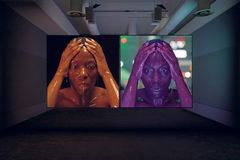 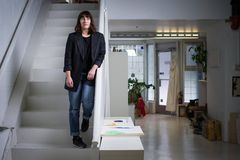