Author of Of Hockey and Hijab: Reflections of a Canadian Muslim Woman

Earlier this month, the Harvard Law Review, America’s most venerated law journal, elected Hassaan Shahawy as its president – the first Muslim in its 134-year history. The Review, operated and edited by a select group of Harvard Law School students, has an illustrious list of alumni, including former U.S. president Barack Obama, who was elected as the Review’s first Black president in 1990.

“Coming from a community routinely demonized in American public discourse, I hope this represents some progress, even if small and symbolic,” Mr. Shahawy said about his election, an astute observation, given that Muslims have been routinely branded as “terrorists” and “the other” since Sept. 11, 2001. And yet, there have been many success stories that simply don’t make the news. These can serve as powerful symbols to motivate youth toward excellence and improvement of the human condition.

Enter the Muslim Awards for Excellence (MAX), a Toronto-based organization co-founded in 2017 by Aazar Zafar, who was inspired by his late father’s exhortation to excel in all aspects of life. The organization’s vision is to elevate the reputation of Muslims in Canada by rewarding high achievement and positive contributions to society. In four years, MAX has established a presence in Montreal, Ottawa, Toronto, Edmonton and Vancouver, while harnessing more than 500 volunteers. The programs are sponsored by Muslim individuals and businesses, along with corporate donors.

MAX’s awards recognize Muslims who have demonstrated significant achievements, leadership and commitment to serving their community, while its scholarship fund rewards well-rounded, accomplished high school and university students eager to learn and make an impact. Since 2017, more than $500,000 has been raised for 140 scholarships. Many recipients subsequently volunteer for MAX.

The organization’s national mentors program connects those starting out in their careers with mid-career professionals, while providing workshops for professional growth in a variety of sectors. MAX’s business program, launched in 2019 at Shopify’s offices, aims to develop high-performing decision makers in business through leadership, advisory and professional training to serve on boards. MAX Tank, a Dragon’s Den-type competition, was recently launched as a catalyst for entrepreneurship. Aspire, launched in February, is a professional online platform that enables aspiring professionals to connect with more than 200 senior executives across various industries.

The Women in Leadership program celebrates and cultivates leadership excellence in Canadian-Muslim women through networking. And MAX walks the talk, with women representing 48 per cent of its mentors and more than half of its executives, advisory board, scholarship and award winners. The organization also hosts a gala that celebrates the skills, talents and cultural strengths of the dynamic community.

The key to the organization’s success is a feedback loop, where established members reward the achievements of the younger generation, while providing professional guidance. Youth, in turn, are nurtured to pursue excellence and knowledge in a way that benefits humanity. MAX also nurtures its volunteers by understanding their motivation, matching responsibilities with passion, providing high-quality training and granting them ownership and autonomy to run programs.

For many Canadian Muslims, seeing someone who shares a similar background and principles achieve excellence within their field, while contributing to the wider Canadian society, fosters hope, belonging and a sense of dignity. The community comprises committed individuals who are deeply ingrained in the fabric of Canada. These are your neighbours, co-workers and friends. MAX provides a vehicle of civic engagement, with new pillars planned for the future. Its model can be adapted by other communities in different settings to engender excellence, service and belonging.

As Sana Ansari, chief marketing officer and executive co-ordinator of MAX, explains: “Through the stories of award winners and speakers at our events, I’ve come across so many amazing stories of Canadians who have worked incredibly hard, overcome challenges and found a way to make a major positive impact. You can’t help but be inspired, wanting to do better and work harder every day.”

Thanks to MAX, we will be hearing Canadian success stories such as that of Mr. Shahawy.

Opinion
How one organization has broken the silence on abuse within Muslim institutions
November 25, 2020 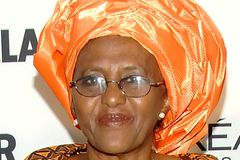