Coronavirus information
The Zero Canada Project provides resources to help you make the most of staying home.
Visit the hub
Richard Shearmur
Contributed to The Globe and Mail
Published July 8, 2020 Updated July 8, 2020
Comments
Please log in to listen to this story. Also available in French and Mandarin. Log In Create Free Account

Richard Shearmur is the director of McGill University’s School of Urban Planning.

Air Canada’s recent decision to cancel 30 domestic flight routes across the country points to a growing source of COVID-19 inequality on a large geographic scale.

From its own business standpoint, Air Canada cannot run empty airplanes on routes between remote towns in Canada, nor on routes linking these towns to metropolitan areas. Hence, stopping flights in Newfoundland and Labrador from Goose Bay, Deer Lake and Gander to St. John’s (from which flights connect to major airports) is an economic necessity. Likewise, suspending flights in Quebec from Val-d’Or, Gaspé and Baie-Comeau to the metropolitan areas of Montreal and Quebec City is sensible.

These suspensions – which have elicited little outcry except from those affected – stand in contrast to the wide attention paid to budget cuts affecting urban public transport. It has been argued that cuts to public-transit budgets prevent cities from functioning properly and disadvantage certain people, including low-income workers who depend upon it. There is an important equity dimension to public transport, and cities and governments have been called upon to support it, even though it is being used well below capacity during the COVID-19 pandemic. The province of Quebec, for example, earmarked $400-million dollars in emergency assistance for urban public-transit authorities last month.

The equity argument has not, however, been invoked with respect to small towns – and it should be. As local officials have pointed out, these small towns are now essentially cut off from Canada’s (and, by extension, the world’s) metropolitan areas by Air Canada’s route reductions. At present, given the small number of domestic air-travel passengers, one could argue that these connections are unimportant. Such an argument misses the point: It is not the amount of travel that measures the economic importance of air links, but the purpose of that travel.

It is difficult to run businesses from remote parts of the country, yet many people manage to do so. Such businesses often rely on local resources, culture or knowledge. They survive because they are in contact with clients via the internet, and employees can travel by air when face-to-face contact is necessary. Even in the age of Zoom, developing new markets, negotiating contracts, finding financing and providing after-sales support often requires such in-person meetings.

Accessibility to markets is a critical factor in maintaining and growing local employment, and my own research has shown that air access plays an important and measurable role. This importance is not always measurable in terms of passenger miles. Rather, it is the availability of air access when it is needed, the possibility of going to a crucial meeting, or of rapidly meeting a supplier that are critical factors. It is conceivable that a businessperson making one flight a year would lose his or her business without that flight. In a small town with few local businesses, this single flight could be critical to the local economy. Furthermore, flights are not just for meetings: They bring in supplies and allow deliveries to be made.

In short, suspending flights will seriously undermine the economy of the towns and regions affected, in ways that are not commensurate with the actual number of passengers affected by the suspension. As the economy reopens, the lack of flights and closed airports will prevent local economies from rebounding.

Since many Canadians live in cities, and since much public opinion is driven by residents of urban environments, we are always sensitive to urban inequalities. There have – quite rightly – been numerous calls for public transport to be maintained in the name of equity and fairness. But this urban bias makes us, as a society, less sensitive to the accessibility issues faced by people in small towns and rural areas.

Air Canada’s decision, while understandable from a business perspective, has major equity implications when it comes to the Canadian metropolitan/non-metropolitan divide.

Canada’s regional economies must continue to function and rebound as quickly as possible so that the inequities between small-town and metropolitan populations do not increase as a result of the pandemic. 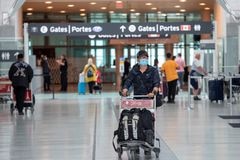 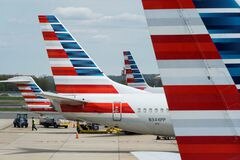 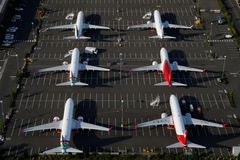