Irwin Cotler is a former justice minister and attorney-general of Canada in Paul Martin’s Liberal government and emeritus professor of international law at McGill University. Brandon Silver is director of policy and projects at the Montreal-based Raoul Wallenberg Centre for Human Rights.

Canada’s 43rd federal election has come and gone, and regardless of where one stands on the results, it was a testament to the values we cherish as a member of the international liberal-democratic order, one that has secured unprecedented peace and prosperity. But in this era of increasing health, wealth and human achievement, a growing culture of complacency in Canada puts these successes at risk.

Authoritarian states are on the rise, and with the mass repression inside their borders likely to quickly turn into aggression outside them, we must redouble our efforts to pursue justice globally in order to protect Canadians locally. And the emerging call for a foreign policy of appeasement and a maintenance of the international status quo is dangerous.

A “reset” in relations with Vladimir Putin’s Russia resulted in the occupation of Ukraine and attacks on other democracies. Nicolas Maduro’s assault on his own people in Venezeula led to the largest refugee flow in the world today, as well as a resurgence of diseases that had once been eradicated. Under the malign despotism of Recep Tayyip Erdogan in Turkey, more than 100,000 people have been arbitrarily arrested, along with judges and journalists – and that has morphed into an onslaught against Kurdish freedom fighters in northeastern Syria, and is likely to lead to the return of Islamic State terror.

Recently re-elected Liberal Foreign Affairs Minister Chrystia Freeland has compellingly confronted the resurgent global authoritarianism and illiberal populism that threaten our democratic way of life, especially in places like Ukraine, Venezuela and Saudi Arabia. But with some criticizing this approach as lacking in “nuance,” or denouncing it as a “moral crusade” in contradiction with the national interest, the new Liberal government might face pressure to change tack. The push-and-pull involved in retaining power in a minority parliament may also affect political considerations around what goals should be pursued.

But a backsliding world requires bold responses. Appeasing bad actors and embracing the status quo does not bring peace – it only encourages war and intensifies human suffering.

The Liberal government’s efforts to protect and promote Canadians’ freedom, safety and general quality of life – something best achieved through securing the rights of others, pursuing a more peaceful and just world, and challenging the authoritarianism that threatens it – have been commendable. Now, although constrained with a minority parliament, the Liberals should continue, anchored in three core tenets for defending democracy: development, diversification and denunciation.

First, as a bastion of stability in tumultuous times, Canada can share its best practices and stand with allies advancing our interests abroad. These allies are the democrats and dissidents on the front lines of the struggle for justice. Targeted grants and training can help galvanize these grassroots movements. Canada should prioritize such democratic development with an independent, non-partisan institution similar to the U.S. and European endowments for democracy – and different from the defunct International Centre for Human Rights and Democratic Development – to carry out the work with sustainable, multi-partisan support.

Second, dangerous trends necessitate greater diversification of our foreign relations. Much has been written of the pernicious effects of “sharp power” leveraged by authoritarian regimes in unbalanced relationships. Pivoting to established regional democracies can help provide a counterweight to its purveyors. In Asia, for instance, states such as South Korea, India and Japan are important partners for regional peace and for checking China’s expansionism. Our European allies – including Ukraine, Georgia and the Baltics – are protecting against Mr. Putin’s interventionism. Young Middle-Eastern democracies like Israel and Tunisia are a bulwark against the region’s extremists.

Great strides are being made for new democracies – the velvet revolution in Armenia and subsequent amnesties for political prisoners, the Nobel-winning democratic transition in Ethiopia and its subsequent peace with Eritrea, and free and fair elections in Moldova leading to the premiership of an anti-corruption activist. These seemingly scattered efforts form the basis of strong and sustainable partnerships anchored in and inspired by shared liberal-democratic values.

Finally, in both word and deed, Canada should clearly denounce democracy’s opponents, while demanding governments respect fundamental rights, to add important pressure and offer protective cover to victims. But strategic action is also needed to propel our policies forward. Such concrete measures can include more vigorous implementation of targeted Magnitsky sanctions – that is, visa bans and asset seizures against individual agents of repression – but should not preclude generalized economic and military embargoes. While multilateral action in that regard is always preferable, unilateral action – such as Canada’s courageous stand against apartheid in South Africa – can be a crucial contribution in the struggle for justice.

Mr. Trudeau’s government, even with a reduced caucus, should persist in enshrining and intensifying the protection and promotion of democracy as a Canadian foreign-policy priority. The achievement of peace and justice in our time – in Canada and internationally – demands no less.

Opinion
Forget foreign interference. We can mess up our election on our own, thanks
Subscriber content
October 21, 2019 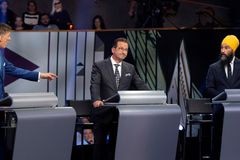 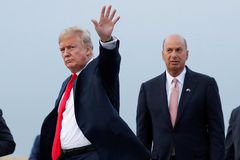 Opinion
The grand experiment that is the United States? It’s being overseen by a mad scientist
October 12, 2019 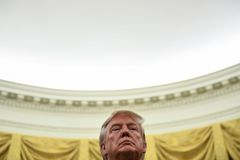