Denny Morrison is an Olympic and World Cup champion who has competed in the past four Winter Olympics (2006 Turin, 2010 Vancouver, 2014 Sochi and 2018 PyeongChang. He has been named Speed Skating Canada’s male long track athlete of the year eight times.

In 2003, when I moved from my hometown of Fort St. John, B.C., to Calgary, I did so to join the high-performance culture of the Canadian long track speed skating team. It was also an opportunity to train on the fastest ice in the world at the Olympic Oval.

I moved to Calgary to pursue greatness and to see what I could become. To me, that’s the spirit of this city – big thinkers, entrepreneurs, problem solvers. That’s the spirit of the Olympic movement – people striving to become great. I’m sure that culture existed in Calgary before the city hosted the Winter Olympics in 1988, but I’ve seen and experienced the impact those Games have had on how we think about ourselves.

It’s why I’m asking Calgary city council to continue the conversation about making a bid to bring the Winter Olympics back here in 2026. Council is considering holding a vote Monday that would stop the forward momentum to obtaining an accurate assessment of what the Olympics will cost.

Our city should be given the opportunity to decide our future together. It if includes an Olympics, I believe we will be an incredible host. If Calgarians decide not to move forward with a bid, that’s okay, too. The most important thing is that Calgarians should decide, through a plebiscite, what’s next in regard to exploring a bid for 2026.

This is about more than just athletes. Yes, I’m an Olympic athlete but I’m also a proud Calgarian. I’ve been lucky enough to compete at four Olympics and I’ve won four medals for Canada. For me, however, that has provided the opportunity to be a difference-maker in my community and with children from coast-to-coast. When I come back from the Games, I speak with children to try to inspire future generations of athletes, coaches, support staff and volunteers.

I see it every day at the Oval where the most incredible group of athletes, professionals, fans and volunteers believe in the power of sport to transform their community. The 1988 Games provided broad-based participation opportunities for families. It’s the best feeling seeing children and parents skating alongside Olympians. At the Oval, there are more than 250 volunteers who assist in the staging of World Cup and World Championship events, many of them involved since 1987. I’ve become friends with an older couple who met as volunteers at the 1988 Olympics and later married. What a cool story.

I moved to Calgary to become a great skater. What I learned soon after moving here was how much the legacies of the 1988 Games have positively impacted so many people’s lives outside the bubble of high-performance sport. At the 2010 Vancouver Olympics, I experienced the euphoria as Canadians across the country celebrated the success of my fellow Olympians. My teammate Gilmore Junio, who selflessly stepped aside to let me race in the 1,000 metres at the 2014 Sochi Games, talks about the energy he felt walking down Robson Street as a spectator in Vancouver and how that motivated him to put aside his thoughts of retirement as a competitive athlete after suffering a broken back.

This is the second time I’ve gotten involved in something political here. In 2014, I joined residents fighting for protected bike lanes in the city’s centre. I wanted more opportunities to encourage a healthy lifestyle and a more welcoming downtown core for all people, regardless of their transportation choice, while also providing another safe option for the daily commute. That was a contentious issue. There was a lot of hate and a lot of love. In the end, council made a tough decision on what would provide a brighter future by implementing a pilot project of new cycle tracks.

I hope that city council makes another tough decision on Monday and votes yes to letting Calgarians have their voices heard.

The Olympics have never left our city. Calgary did it once and did it so well. We can provide something beautiful and memorable with another long-lasting legacy to the city, to Albertans and to Canadians. 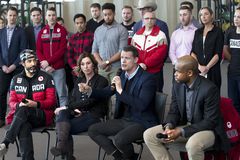 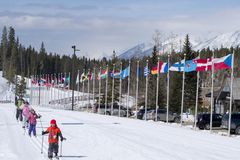 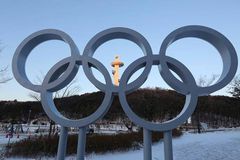