Former British prime minister David Cameron was once asked how he, as a conservative, could support gay marriage.

He said conservatives believed in the ties that bind us all. Societies were stronger when people made vows to each other, he said, when people supported one another.

I was reminded of that quote as I read an interview that federal Conservative Leader Andrew Scheer gave on the weekend in which he said a prime minister in this country could hold controversial views around same-sex marriage and abortion and yet be trusted not to impose his beliefs on others.

I don’t doubt Mr. Scheer for an instant. But that’s not the problem.

Most Canadians are socially liberal. Polls routinely have suggested that only about 30 per cent of us hold the kind of strict, social-conservative views the Conservative Leader does. But not all social conservatives are the same either.

Mr. Lyle believes a free-will social conservative can work as the leader of the Conservatives because that person doesn’t want government imposing its standards on others. As such, this leader would agree with pro-choice supporters, even though they have different views on abortion. They all agree that choice is key.

Mr. Scheer’s problem is that many believe he’s a community-standards type of conservative, one guided by the principles and teachings set out in the Bible. His decision not to march in Pride parades would certainly bolster this viewpoint. He doubled down on this decision, reiterating in a postelection interview that he would never march in a parade.

This is a difficult position to support in a diverse, inclusive country such as Canada. It is especially toxic in a province such as Quebec, where some polls have shown that 80 per cent of the public supports same-sex marriage – a subject Mr. Scheer has lately been at least ambivalent about when it comes to his personal views. (Although in 2005, he gave a speech in the House of Commons in which he suggested that because same-sex couples could not “commit to the natural procreation of children” they therefore could not be married.)

On the face of it, it would seem evident that if the Conservatives want to expand their base, they need to do it behind a leader whose views on sensitive social issues aren’t a liability. People such as former Conservative MPs and cabinet ministers Peter MacKay or Lisa Raitt, for example. But it’s not as simple as that.

The Conservative Party of Canada is not the party that Brian Mulroney once led. Its chemistry changed in 2003, when the old Progressive Conservatives merged with the more fundamentalist Canadian Alliance. The alliance wing, largely based in the West, is more consumed with moral issues than the old PC faction.

The Alliance members are good, churchgoing (often prairie and rural) folk who hold, in many cases, very orthodox views on a range of issues. New immigrants, depending on where they are from, might also hold many of these same beliefs.

And if you’re the leader, you ignore this faction at your peril.

As this election illustrated so vividly, the road to victory for the Conservatives is littered with all manner of challenges. Without growing its base of roughly 30 per cent of voters, winning a majority is extremely difficult.

To pull it off, the Tories need to hope for some serious vote-fracturing on the centre-left. That seems like a pretty iffy formula upon which to run a party that hopes to govern the country on a regular basis – like it once did.

The question Conservatives need to ask themselves is whether you can build a modern political entity that reflects some fundamental shifts in public attitudes and values while still being true to your founding principles.

Can you expand your tent by expanding your world view? Or by expanding your world view, do you run the risk that some of the issues you are now championing scare traditional supporters out the back door? One thing seems certain: It will always be a challenge to broaden your appeal as a party behind a leader whose viewpoints on important moral issues are at odds with a majority of the public. 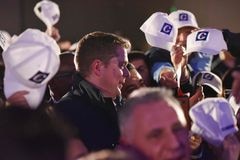 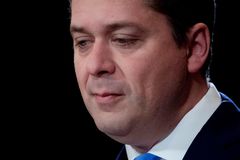 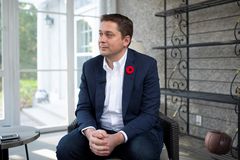